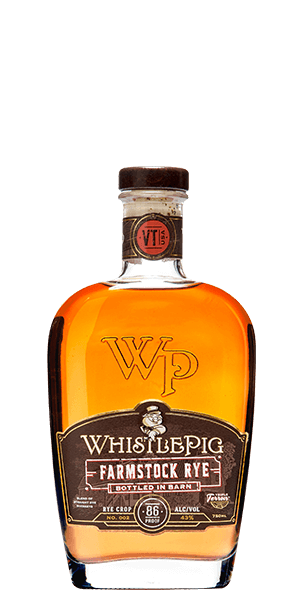 In 2007, a band of dedicated Rye enthusiasts bought the farm — they actually purchased a plot of land in Vermont lovingly named WhistlePig Farm. They teamed up with master distiller Dave Pickerell — formerly of Maker’s Mark — to bring genuine Rye Whiskey back to the forefront of American Whiskeys.

Founded in 2008, WhistlePig is now the most awarded Rye Whiskey maker in the world. They live by a simple ethos: protect what makes Rye Whiskey great, toss out the rest, and then innovate to make it better. They have grown to produce several award-winning core products. In 2017 WhistlePig won the coveted ‘Best In Show Whiskey’ title from the San Francisco World Spirits Competition. They’ve also experimented with a variety of finished wood special edition Whiskeys.

As they have been growing their business, WhistlePig team has been focused on the end goal of achieving true tripple terroir — meaning everything is done on site, from growing the grain and distilling the spirit to aging the Whiskey and bottling it for sale. WhistlePig Farmstock is the ever-evolving realization of that dream dram. With each release they add more and more of their estate Whiskey, meaning you get a taste of their Triple Terroir Whiskey. A sneak peak so to speak. In time FarmStock will be 100% Triple Terroir. We’ll cheer to that!

Rye Crop No. 002 marries the untamed contours and boldness of their estate Whiskey, which only youth can provide, with the richness of their best six year rye, topped off with the splendor of their 10 year Whiskey. Taste the future of WhistlePig Whiskey, you know you want to!

Smartass Corner:
What the heck is a “whistle pig” anyway? Even though all WhistlePig Whiskey labels are adorned with the sketch of a tuxedo-clad hog, a “whistlepig,” groundhog, and woodchuck all refer to the same animal.

The Flavor Spiral™ shows the most common flavors that you'll taste in WhistlePig FarmStock Rye Crop No. 002 and gives you a chance to have a taste of it before actually tasting it.

Taste / Flavor / Palate
Delicate fruitiness gives way to a full bodied burst of spice, rounded by notes of allspice and cinnamon, balanced with a pleasant dryness. 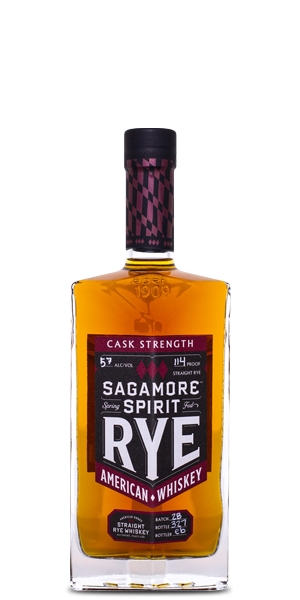 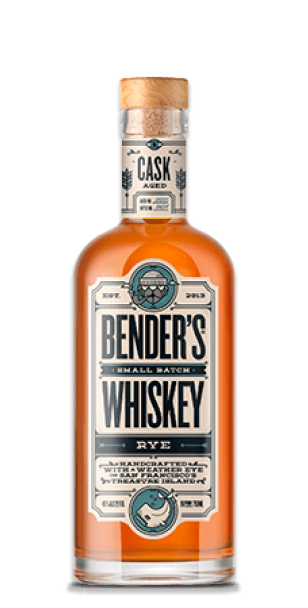 guest, Oct 17, 2020
Another great expression from whistle pig everyone can enjoy with little to no heat dark chocolate with vanilla undertones follow with light spice

Beau, May 4, 2020
I found this to be a solid rye. The youth is palatable, but the flavors are great! WP is my favorite stand-out brand, so I'm biased, but this one was pretty darn good.

JIM, Apr 2, 2020
After meeting the Whistlepig crew at Nantucket Wine Festival a few years back, I have been enamored. For me, Crop 002 gets the nod over Crop 001 but they are both delicious. Can't wait to try Crop 003!

Erwin, Nov 19, 2019
Smells of rye and pear, spicy taste of rye and allspice, with a long smooth peppery finish. Good, but better ryes out there for the price.

Teresa, Jun 28, 2019
I think that most of the responses are spot on. Very good smooth taste with an impressive finish. Do like some of their others better, however.

Ryan, Apr 1, 2019
Just good. Between the price and the name, you’ll be disappointed.

Johnny, Feb 3, 2019
Not one of Whistlepig’s best but when compared to most other Rye, it gets a thumbs up or bottoms up I should say.

Frank, Jan 1, 2019
Very nice, Not one of Whistlepig’s best but when compared to most other Rye, it’s a winner.

Michael, Dec 10, 2018
A great Rye! New to the WhistlePig label just because it's not available in the local area. Definitely one to keep..

Zane, Oct 31, 2018
Smooth, mellow on the palate. Rolls right in without burn or drama. It’s the finish on this one that makes it special. Butter cream, vanilla, a dusting of brown sugar, caramel, hint of spice cake. Really special finish that lingers beautifully and invites savoring. Would buy again.

Robert, Jul 13, 2018
Smooth, sweet and full of caramel and vanilla. Definitely one of my favorites, but I like 'em like this. If you are looking for any other flavor profile, you'll be disappointed.

Doug, Jul 7, 2018
Smooth and clean. Someone else described this one as “earthy,” which is probably the best description I can come up with, too. Maybe a bit grassy with a touch of fresh cut hay. Not really spicy, as ryes go.

Christopher, Jun 20, 2018
Are ALL ryes like this?!? I'm still new to the tasting, but this rye is nuts! A vanilla scent in glass. Taste is almost buttery, glides around like air on my tongue with a hay-like white pepper flavor, leaving my mouth a little dry and needing more! Will have to keep this one in stock!

Joe, Jun 6, 2018
Smooth. Goes down easily. Earthly but not peaty or strong flavor.

Samuel, May 21, 2018
I think the previous reviewer is being a little harsh in his criticism. You should not expect this to be as smooth as Whistle Pig 12. It is a blend of very young whiskey and mature whiskey. As a result, the variety of flavors are really on display. I enjoyed crop 1, but crop 2 is even better despite being less expensive. I am excited to try future years and see how this whiskey comes a long.

Mark, May 21, 2018
I will preface this with I am a fan of Whistle Pig. The 12 year rye is probably my favorite rye. This however was a disappointment. This was not nearly as smooth as other whiskeys in their offering and the taste didn’t really stand out as well. For the price point (Flavia $72, my local liquor store $89), this is definitely not worth it. I feel that this should be around a $40-50 bottle and will end up being used for old fashions.
Load more reviews