Lagavulin: a cult Whisky from a small bay 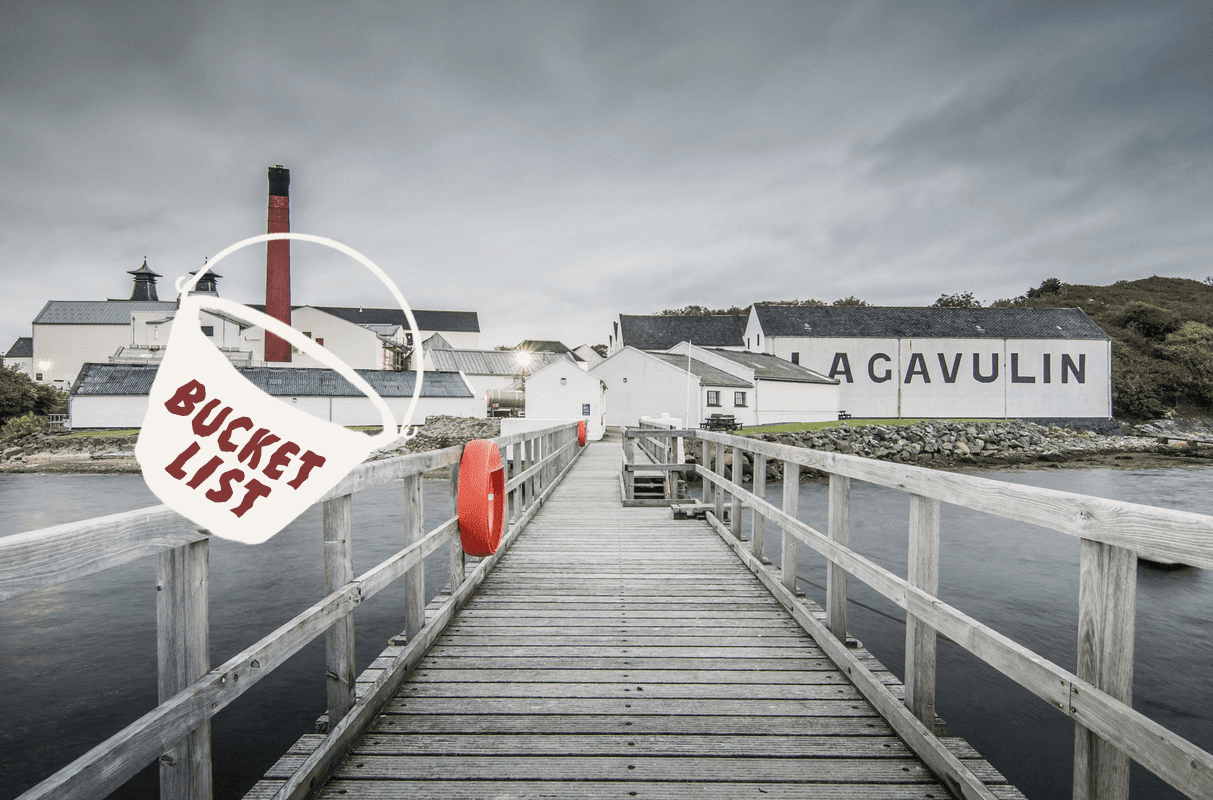 If we ask you to list the single malt brands, which come to mind first? We’re pretty sure Lagavulin is one of the first, isn’t it? And looking at our members’ favourites and best sellers, we also have hard data to confirm that Lagavulin distillery and its single malts managed to achieve cult status and gain fans all over the world. 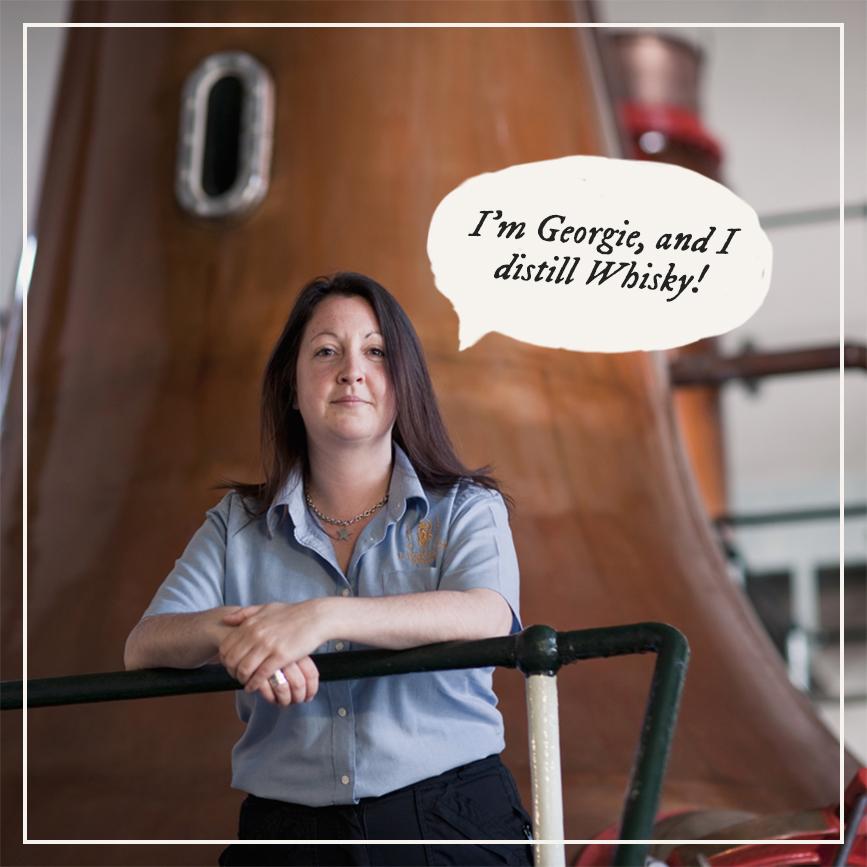 So, when we had the pleasure to chat with the  Lagavulin Distillery Manager Georgie Crawford, the first thing we wanted to know was what is it even like to work for, even manage in her case, one of the most famous distilleries in Scotland?

“It’s a great honour that I don’t take for granted. We’re a pretty close-knit team who works together well to make the best quality spirit we possibly can.

I grew up here on Islay so it is a double honour for me, not just to be back home working at a distillery but to be working at Lagavulin, which I have always considered above all other distilleries on Islay (yes, I am biased!). No two days are the same at the distillery with the need to balance out the day-to-day running of a 24/7 production with brand and hosting duties”.

There’s no Lagavulin Whisky without the Islay

Islay Whiskies have the most distinct flavour characteristics of all Scottish Whisky regions with smoky, peaty and salty notes embedded in their DNA. Georgie explains what makes Islay Whiskies and especially Lagavulin so specific: “I always say it’s three things—people, passion and place. The Whisky produced on Islay is a distillation of not just the product produced in the distillery but of all the people involved, now and in the past, the passion that they show for what they do alongside this unique place [where] it is made”. 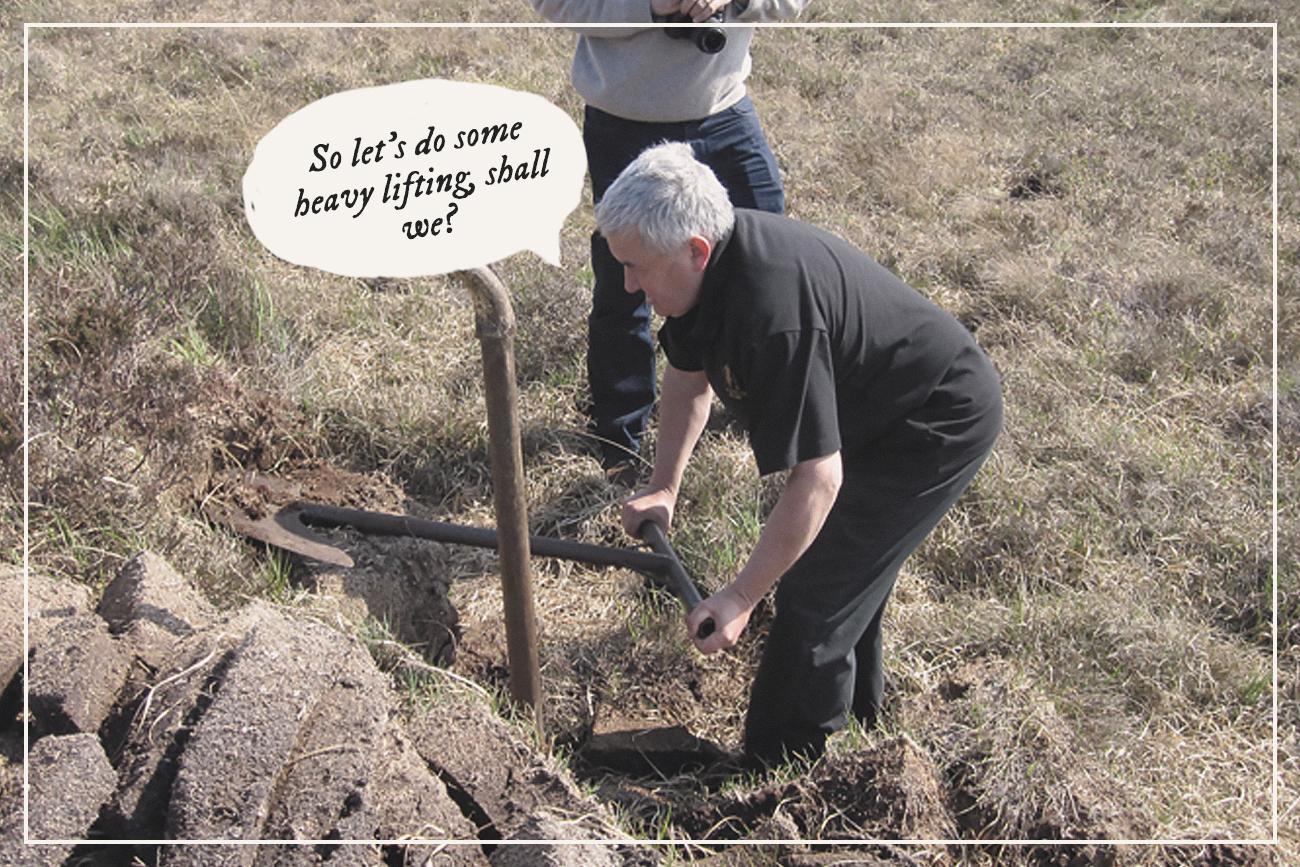 For Lagavulin, the place is the small Lagavulin Bay, where the distillery is located right on the shore, exposed to the influences of the sea and winds, with a wooden pier extending into the sea. “There is no other product out there where you can really close your eyes when drinking it and be transported to the point of its creation in your mind. I sip a Lagavulin, and I am instantly transported to the end of the pier looking out into the bay”.

I sip a Lagavulin, and I am instantly transported to the end of the pier looking out into the bay.

The pier was first built in 1892 so that the trading vessels could bring in supplies and leave with Whisky. In the past, most of the barley, fuel and empty oak casks arrived here by the sea, and casks of Whisky followed the same route back to the mainland’s market. 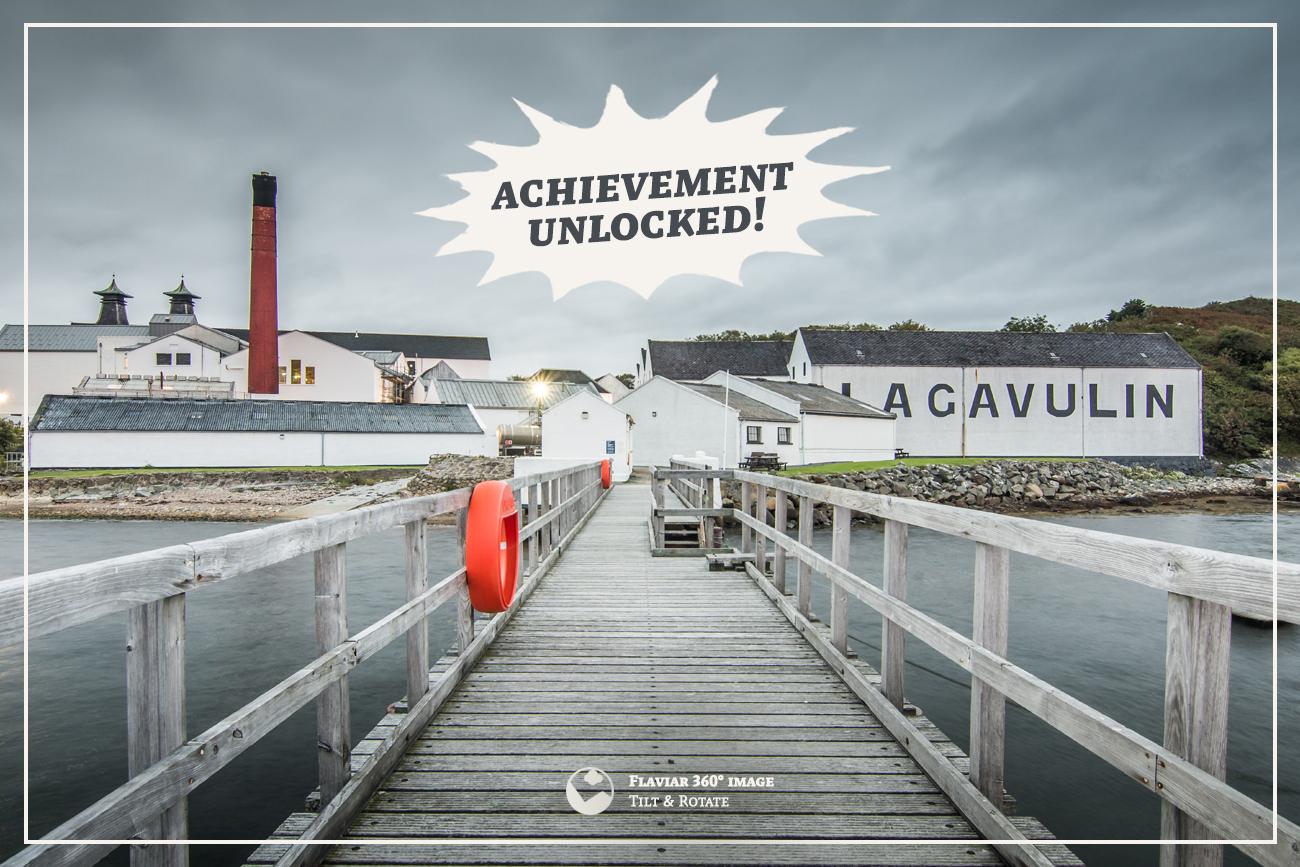 Nowadays, the Whisky leaves the distillery in other ways, but it doesn’t mean the pier is no longer in use. In fact, it could even be you anchoring there one day, aboard one of the sailing ships that offer cruising tours of the Scottish distilleries. Now, how does that sound for a Whisky lover’s bucket list, huh?

Whisky that takes some practice

Many agree, and probably you can confirm, that the peat and smoke-filled flavour profile of Lagavulin Whisky is an acquired taste. So we were wondering, does Georgie have any tricks up her sleeve on how to develop the taste for it? “I would say practice, but responsibly!"

My light bulb moment with drinking Whisky and learning to conquer big Whiskies like Lagavulin was when I learned to savour it.

"My light bulb moment with drinking Whisky and learning to conquer big Whiskies like Lagavulin was when I learned to savour it. Savour the aromas, savour the taste, savour the mouth feel, savour the complexities of the flavours and most of all savour the company you enjoy it in. Just slow it down and think about what you are tasting and that will help. Also, don’t be afraid to use water to dilute it”.

Water seems to let it breathe a little, freshen it all up and suggest yet another note: the caress of soft leather. Sip and you run into a wall of flavour; yet the encounter is less bruising than you might expect.

According to Ron Swanson from Parks and Recreation, Lagavulin is the only proper drink for the manly man that he is. Apparently, Johnny Depp is a fan, too, as well as many others we just don’t know by name.

So what is it about Lagavulin that brings it such a cult following? Is there such thing as a typical Lagavulin fan? Georgie says, “I like to hope not! I think the multi-layered complex nature of Lagavulin is what has made it the global success it is and why it appeals to many different people for many different reasons. It probably also has something to do with the fact that its character is a bit challenging and uncompromising so when you do get to a place where you have tamed it, you feel you have achieved something great, and it will just keep giving you great pleasure then!”

I think the multi-layered complex nature of Lagavulin is what has made it the global success it is and why it appeals to many different people for many different reasons.

Is the world ever going to run out of Lagavulin?

Lagavulin’s most popular expression, “the classic Lagavulin” is the Lagavulin 16 YO, a medium-high peated single malt that’s a constant favourite with the Scotch Whisky drinkers, including many of the Flaviar Members. So on behalf of all you, we had to know: Is there a risk they’ll ever run out of it?

Georgie calmed us down, “My job is to try and make as much spirit here at the distillery as is possible so that future stocks are secured and year upon year, in the time I have been here, we have been able to incrementally grow the production levels. However, Lagavulin does have a small out-turn compared to the demand so there are always times where it won’t be the easiest Whisky to get your hands on, but the good things in life are worth putting the work and effort into”.

Lagavulin does have a small out-turn compared to the demand so there are always times where it won’t be the easiest Whisky to get your hands on.

And the relatively small out-turn for such a big name is also what the visitors to Lagavulin distillery find the most astounding. Georgie says, “I think they are always surprised that we manage to make all our production through only four, very beautifully formed but small stills. I think they also see first-hand the challenges of making a global product out on this wee island on the west coast of Scotland”. 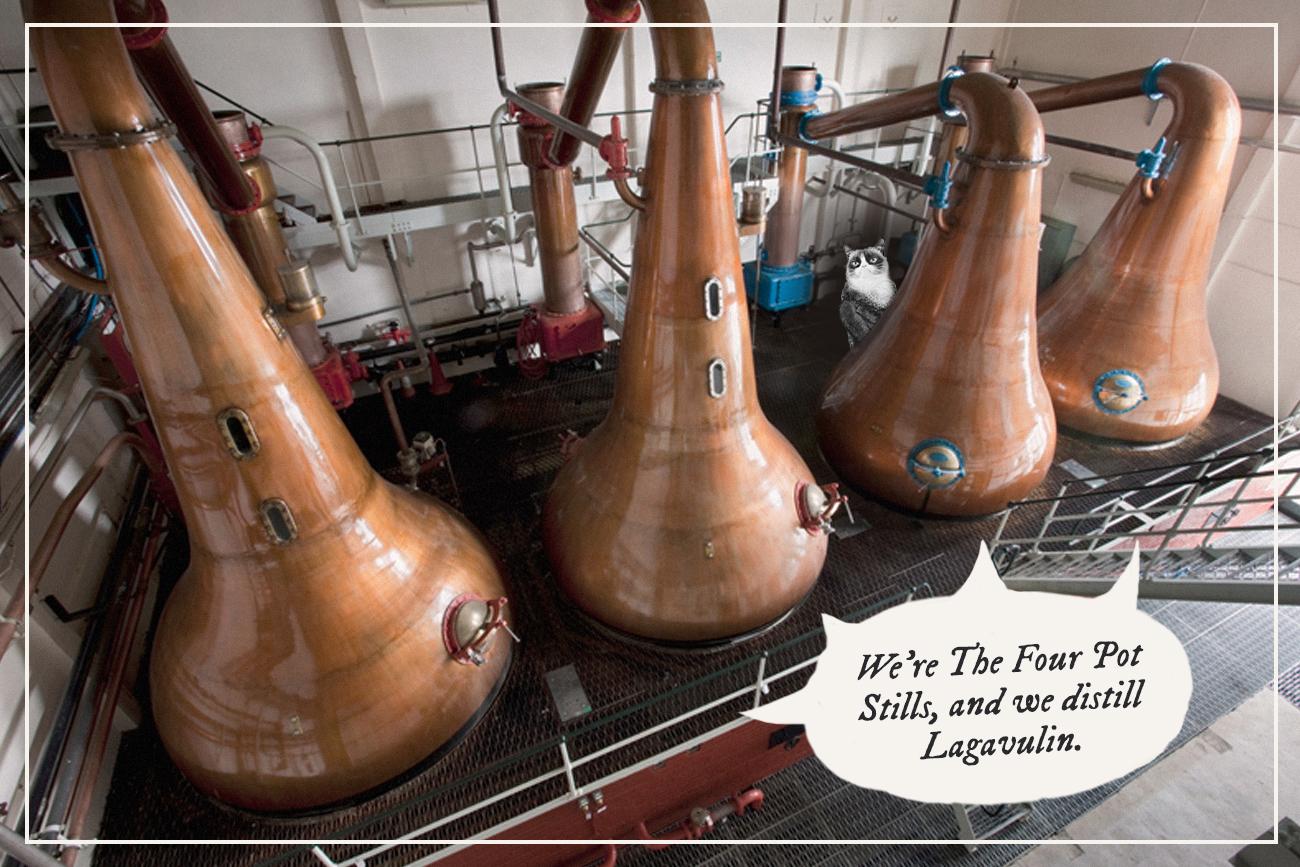 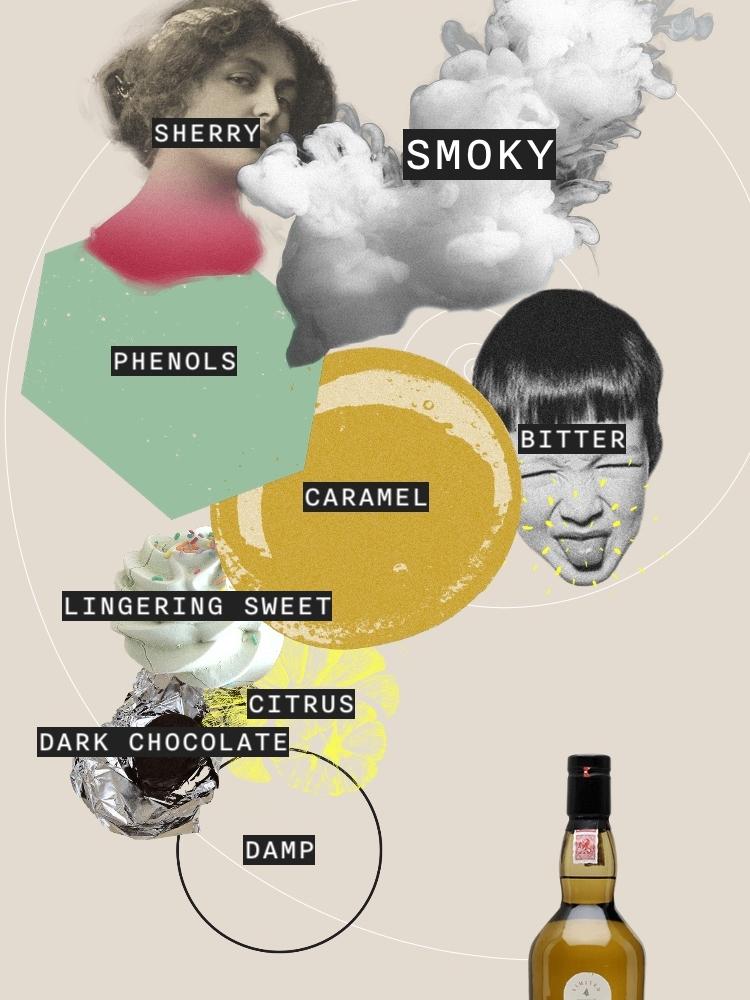 The Lagavulin Bay area and its people were no strangers to distilling, even centuries ago. Georgie says, “There are records that refer to production in Lagavulin, of significant enough volume to be written about, back in 1742. We do believe that distillation and the production of Uisge Beatha was done by monks in this area of Islay as far back as the 14th century, with some of that taking place at Dunyvaig castle in Lagavulin Bay”.
Lagavulin was one of the most popular names among single malts already in 1904. According to the Whisky writer of the time, Alfred Barnard, it was “...in such demand that the orders exceed the output”.
The operation was legalized in 1816, exactly 200 years ago. On this big birthday occasion, they have launched Lagavulin 25 YO and Lagavulin 8 YO Whisky and organized celebrations and events all around the world. And we’re raising the glass with them on many more years and a lot of Whisky to come! 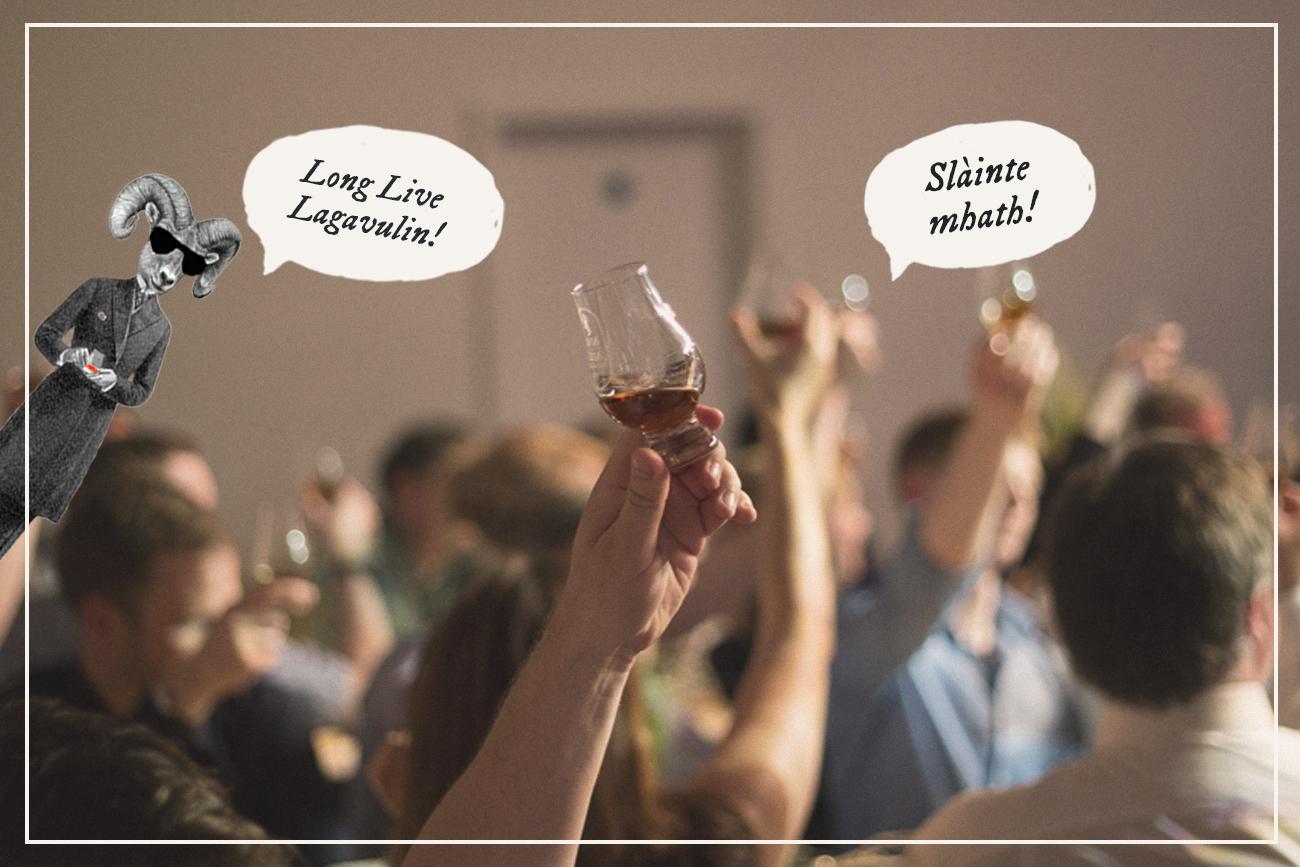