Meet the Man Behind the World's Highest Distillery 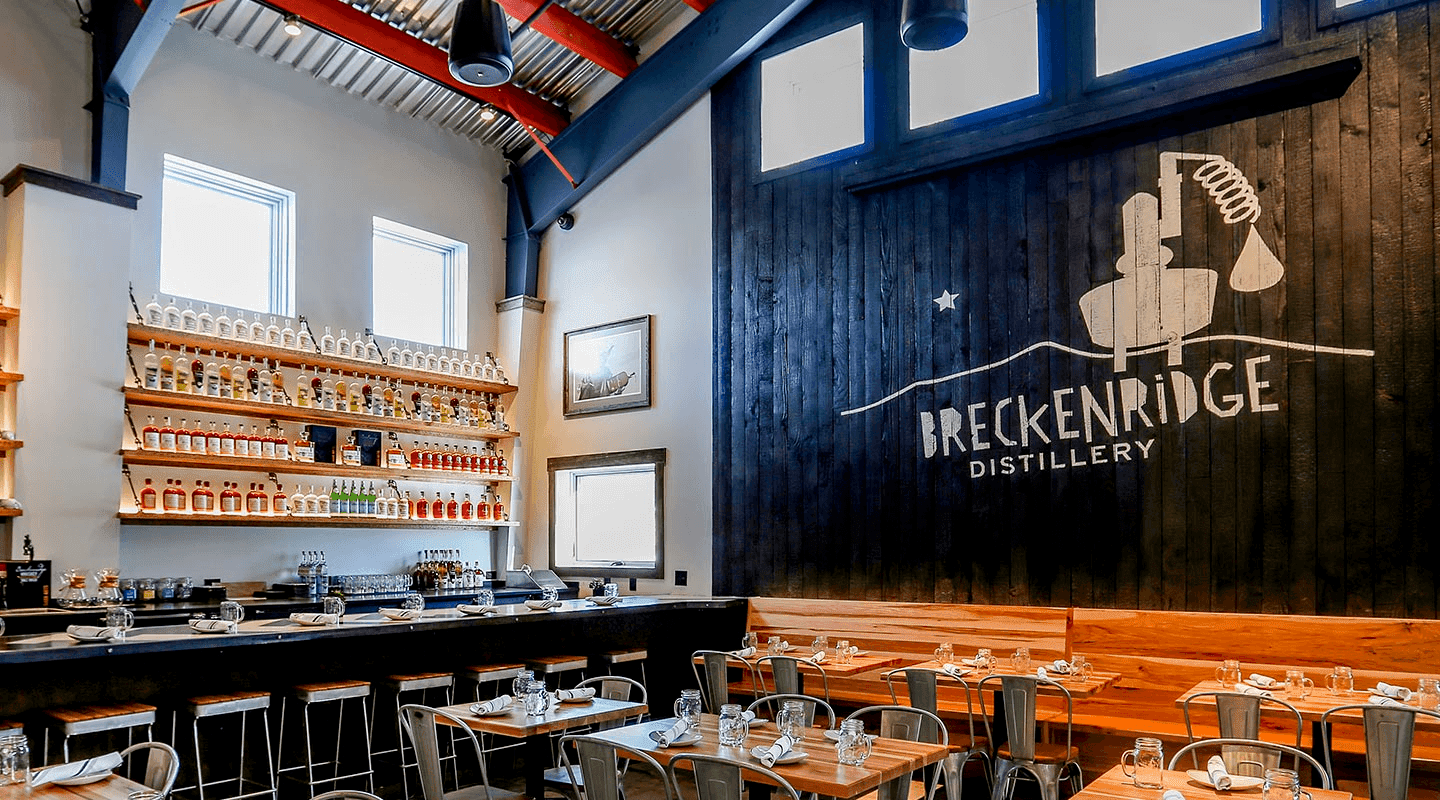 Breckenridge Distillery is high. Now, now. Before you get your panties in a bunch, it’s not what you think. Yes, they’re based in Colorado. And yes, the association with their (legal) pot situation is all but dangling in your face. But we’re talking altitude—the distillery sits 9,600 feet up. Which makes it, quite literally, the world’s highest distillery.
Superlatives aside, it’s some damn good stuff. And for that, you can thank the experimental brilliance of Bryan Nolt, Breckenridge’s founder and CEO. We caught up with Bryan after a particularly challenging shift at his second job.

By the way, he’s also a doctor.

“I’ve just finished my other job,” says Bryan, kicking off our conversation. “I’m also a doctor and I still work as radiologist one week a month. It’s my way of giving back to the community and I intend to keep doing it as long as possible.”

And just like that, we’re down a fascinating rabbit hole leading to some of the finest craft spirits stateside. 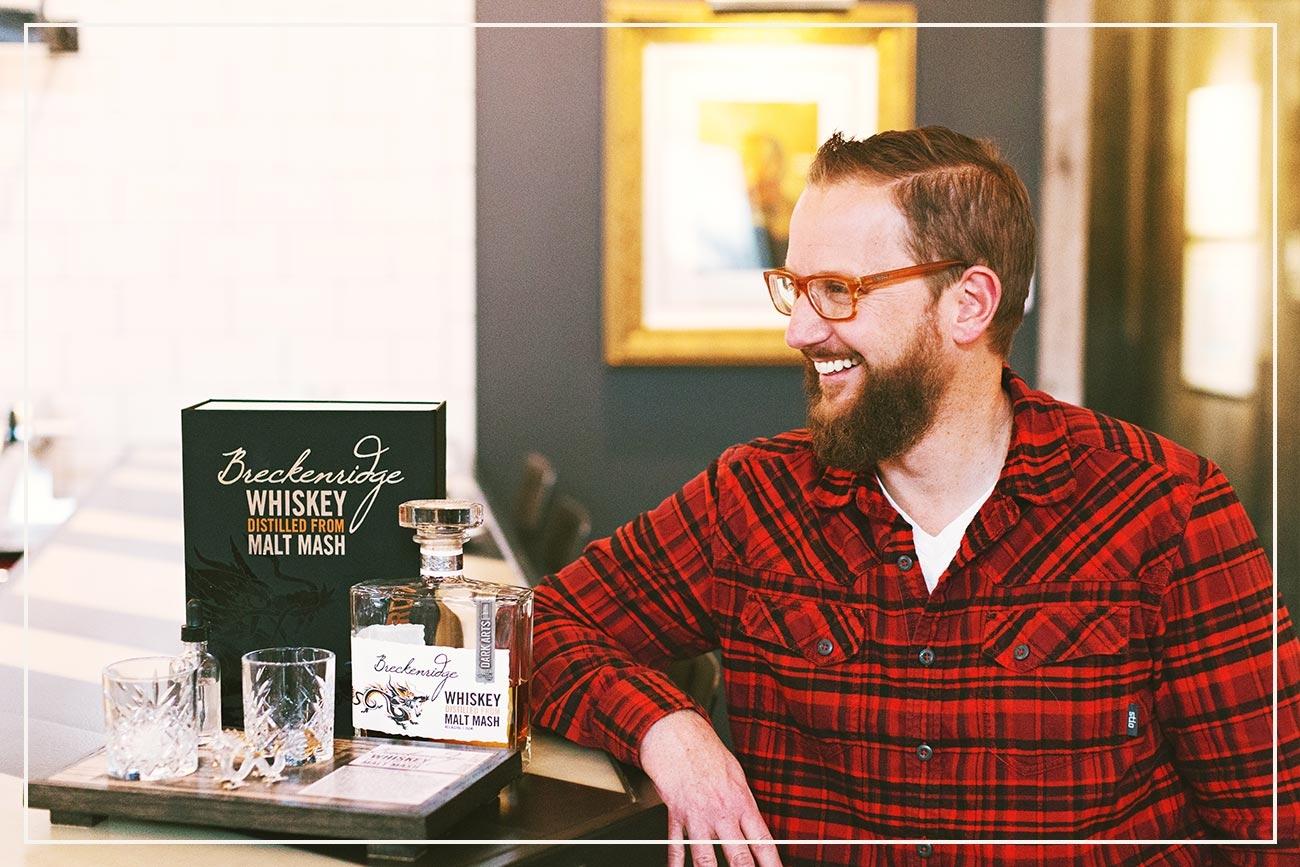 The road from radiologist to distiller is one that’s definitely less traveled. But it’s a path that Bryan forged after a fateful trip to Scotland.

“I had a bit of an epiphany when I last went to Scotland in 2007. With Scotch, there’s always been a debate on peat versus no peat. The Scotch Whisky distillers either peated, gently peated or didn’t peat their barley at all. They didn’t spend time caramelizing the malt,” he explained.

The Scotch Whisky distillers either peated, gently peated or didn’t peat their barley at all. They didn’t spend time caramelizing the malt. 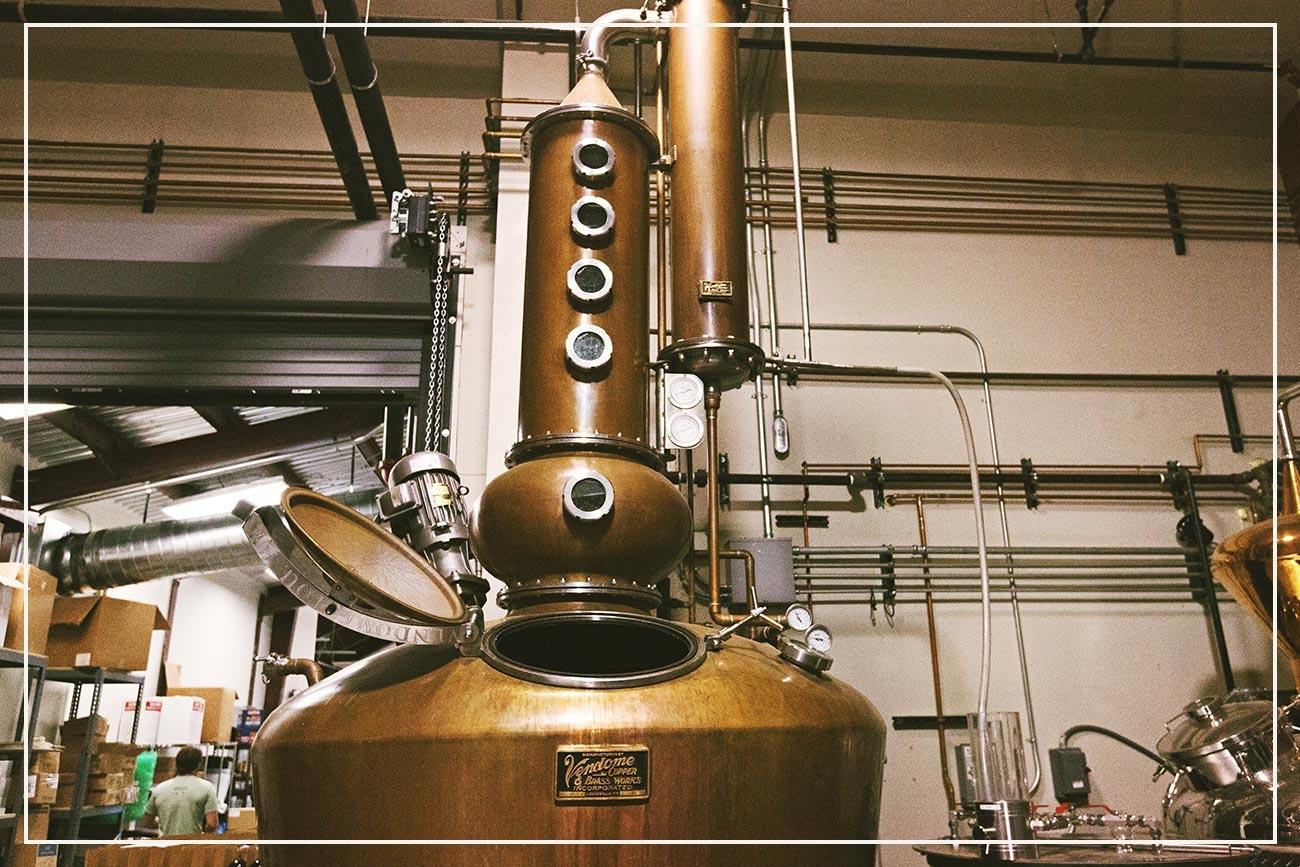 “When I was Scotland, I had Signet from Glenmorangie and I loved it. I think they broke with the tradition with that one—at least that’s my interpretation of what they did. They broke every sacred law of barley and they caramelized some of it. The first time I had it, the light went off, like ’holy shit, we could open up a library of malt!’ I wanted to experiment with different levels of burning the sugars for flavor."

"So the first day, the goal was to make this malt Whiskey that was intensely chocolatey, with as much burnt caramel as you can get into the mash. That was the original inspiration and our ‘Dark Arts’ malt Whiskey was later born out of this. It’s so purposely unbalanced on the malt that we had to put a dragon on the bottle to get your attention and warn you that this is something special and incredibly different.”

There are definite challenges that Breckinridge faces with its location up in the mountains. But as it turns out, this old trope rings incredibly true: nothing that is rewarding and worth doing comes easily.

“Breckenridge is a ski town and we’re very high in the mountains. Our distillery’s altitude is 9,600 feet, and everything here is pain in the ass: breathing, sleeping and getting trucks up there in the winter is hard. So it’s a challenge,” says Bryan. “But it’s also an incredible view. We get awesome water, which is why it makes sense for us to be here.” 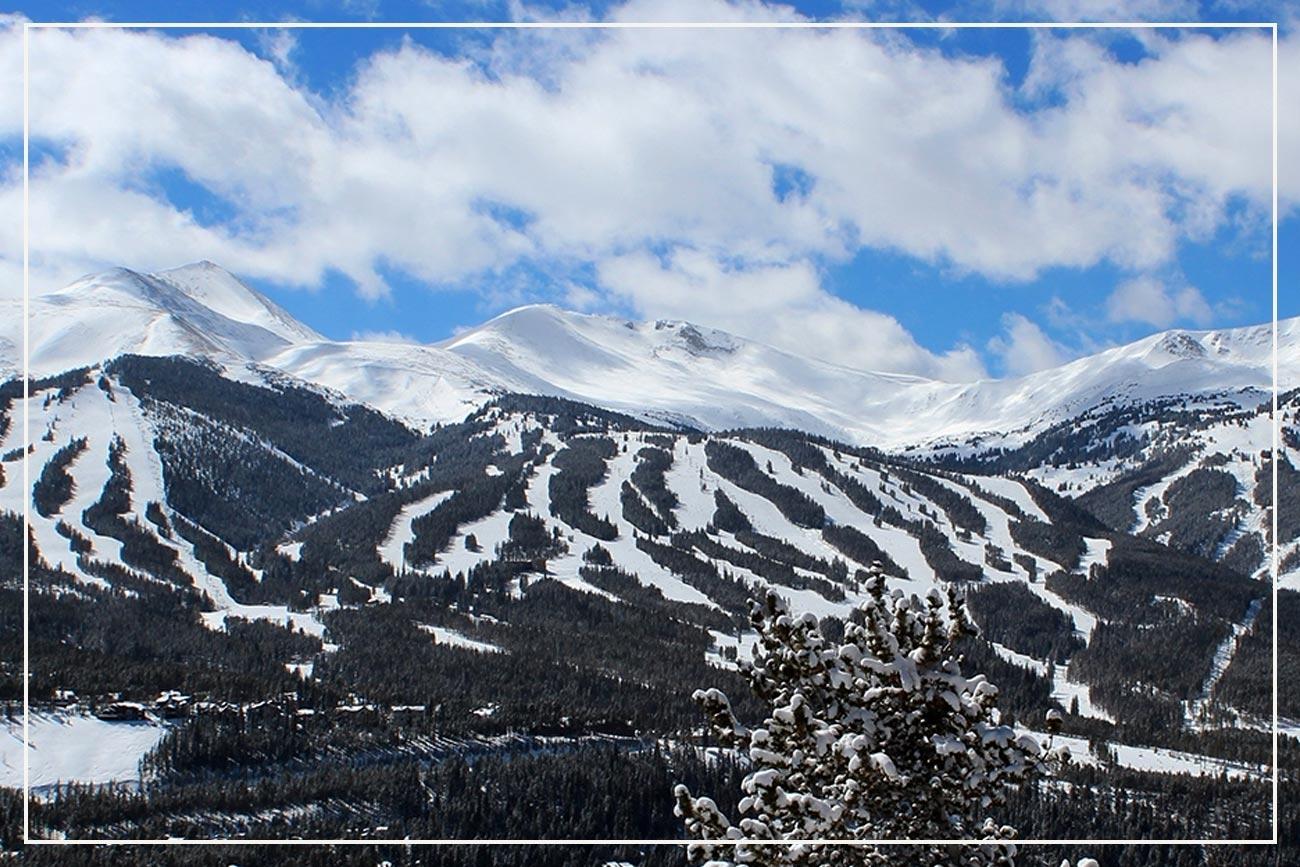 “Our distillery’s altitude is 9,600 feet, and everything here is pain in the ass...But it’s also an incredible view. We get awesome water, which is why it makes sense for us to be here.”
“We’re just at a continental divide, so the water is always flowing down the divide. It has intense concentration of minerals in it and no iron, so it tastes delicious. It’s kind of similar to Kentucky water, but there are a lot more solids in it, which is something unique to this area. The trick is that these solids interact with alcohol as well and can cause problems, making the liquid look like a snow globe. We have to be really careful about it and filter them out. But once a year, for opening day, we use unfiltered water and make our Snowglobe Vodka with it.”

Let’s Get Experimental, Shall We?

Quality ingredients are just the start, though. While Breckenridge has a killer base to work from, it takes some ingenuity to make a Whiskey stand out from the crowded craft distilling pack.

“For a company that makes a lot of Bourbon, I have to confess that I don’t drink a lot of it. I like Rye Whiskey. That’s why our Bourbon is high in rye. But my personal favorite product is ‘Dark Arts,’ our malt Whiskey.”

I like Rye Whiskey. That’s why our Bourbon is high in rye.
“We first started with Vodka and Bourbon, then moved onto bitter liqueur—it’s not a dashing bitter, but a digestive, drink-style bitter. We really wanted to do that to break into cocktail culture, and incorporate one of the only things that grow in Breckenridge. The plant is called genepi. It’s in the wormwood family and it’s a very bitter, acquired taste.” 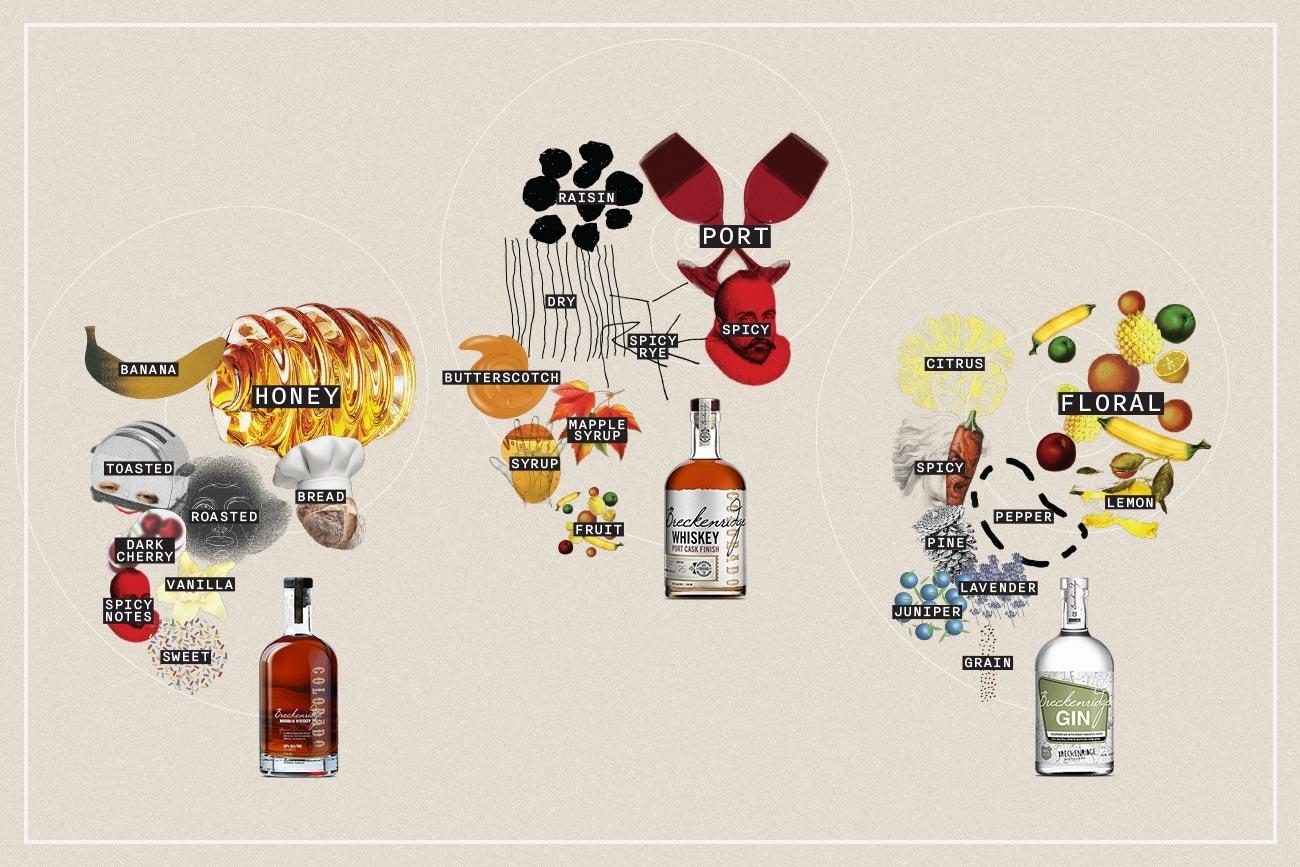 “We did some specialty Whiskeys, like spiced Whiskey using Christmas spices. It makes you think about wool mittens and sitting around a campfire with your friends. We also did spiced Rum, made the original way. Everything done in house with no fake flavors. It’s all fruit, spice, bark and dried fruit peels with all of the maceration being done in house.”

And with an American-style Gin and both a chilli and espresso Vodka rounding out this distillery’s offerings, one thing’s for certain: when it comes to Breckenridge, expect the unexpected.

Unsurprisingly, the chocolate-y notes obtained from caramelizing the malt is a serendipitous match for (wait for it…) chocolate.

...we've found some absolutely amazing pairings. I’ve been blown away by how well some chocolates and spirits work together. 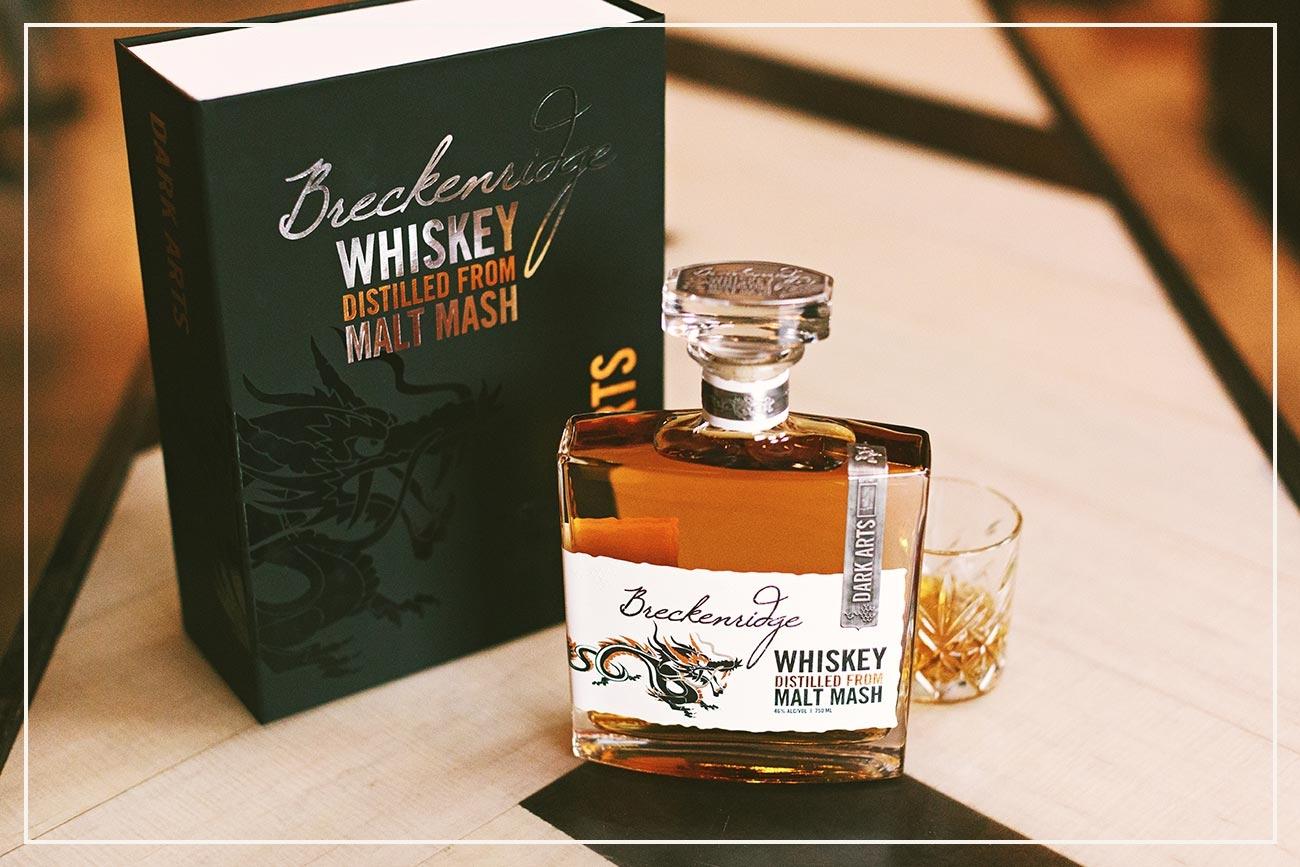 "But we've found some absolutely amazing pairings. I’ve been blown away by how well some chocolates and spirits work together. They just fit so naturally, you know like peanut butter and jelly. Our visitors to the distillery can get a taste of this with our five spirits and chocolate pairing flight.”

The future is looking pretty bright for the Breckenridge crew. They’re looking to continue their spirit of experimentation—once that’s spearheaded and fueled by their CEO’s passion (and hell, good taste).

“As a Scotch-ophile, I’ve always had passion for Sherry and I wanted to incorporate the Sherry finish into our Bourbons or Whiskey. But everything tasted horribly, until we finally went all the way down the spectrum and used Pedro Ximenez Sherry casks and that’s been incredibly fine. It gives you wonderful oxidized, nutty notes, without getting too dry. We have a bunch of other casks coming out, sauternes, and, believe it or not, pinot noir. Which, surprisingly, turned out awesome. We’re also doing some high proof expressions, not quite cask strength, but high up there. Also, we’ve just launched our own Whiskey club.”

As a Scotch-ophile, I’ve always had passion for Sherry and I wanted to incorporate the Sherry finish into our Bourbons or Whiskey. But everything tasted horribly, until we finally went all the way down the spectrum and used Pedro Ximenez Sherry casks and that’s been incredibly fine.
“With 90 employees, we’re a big ‘little’ distillery. Going forward, it’s going to be mostly about maintaining a balance in our portfolio and doing a good job with it.”
Read more about:
Published Sep 22nd 2017
By Jackie Gutierrez-Jones