This Killer Kentucky Bourbon Keeps It All in the Family 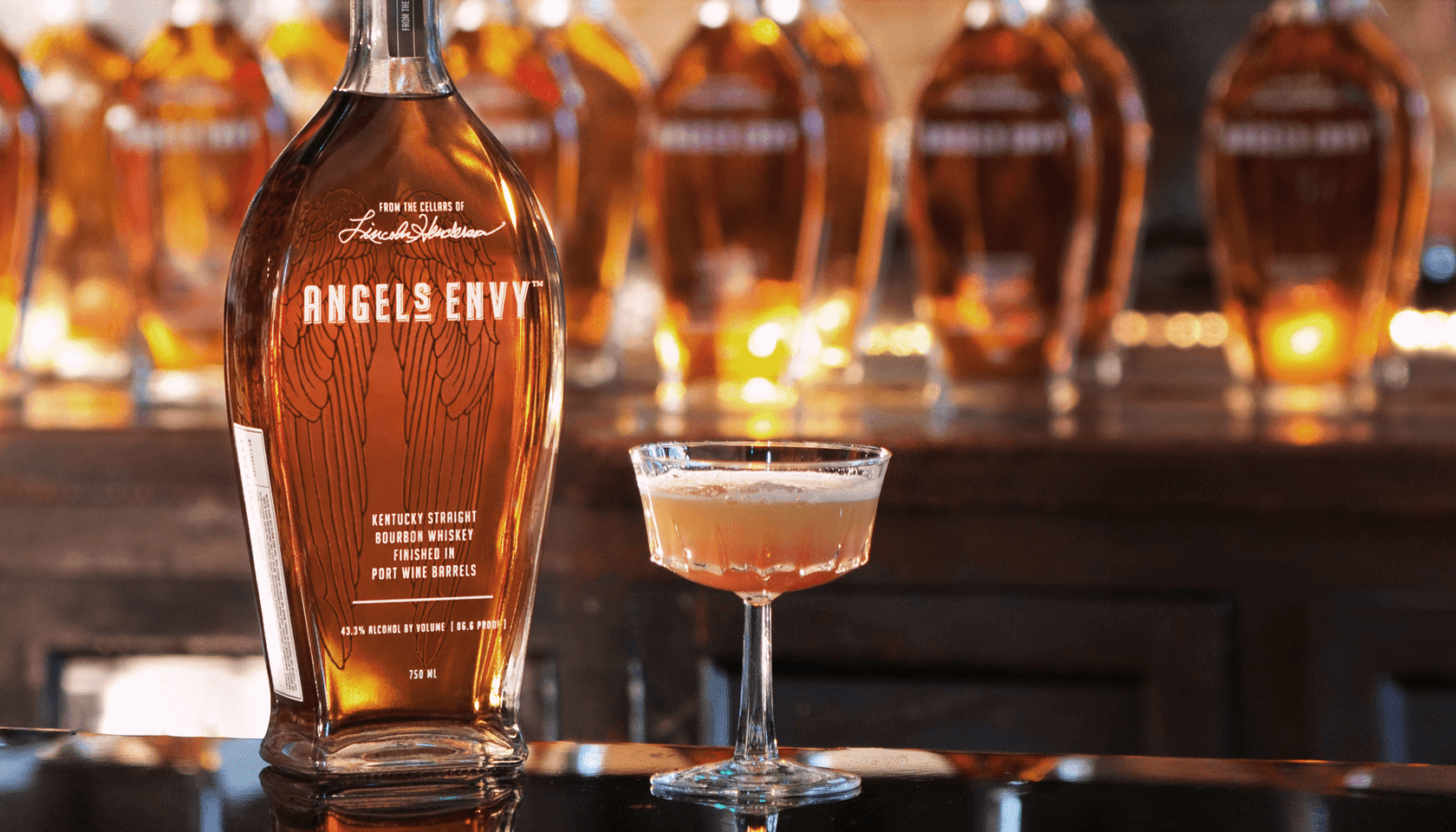 When your family business involves making ridiculously delicious Bourbon for the masses, life is pretty damn good. That’s assuming you’d want to get into business with your family in the first place, eh?
Well, that was a gamble Wes Henderson took when he asked his father, legendary distiller Lincoln Henderson, to co-found Angel’s Envy with him. Lincoln, who was doing whatever it is that Kentucky Bourbon Hall of Famers do when they retire, decided to give it a go with his son, and you know what they say about the family that makes Bourbon together...

Yeah, we’re not sure either. But they probably throw a hell of a holiday party.

We had the chance to sit down with Wes and get to know a bit about the family business including how it got started, what they like to pair with their Rye and what’s on the horizon for the brand. 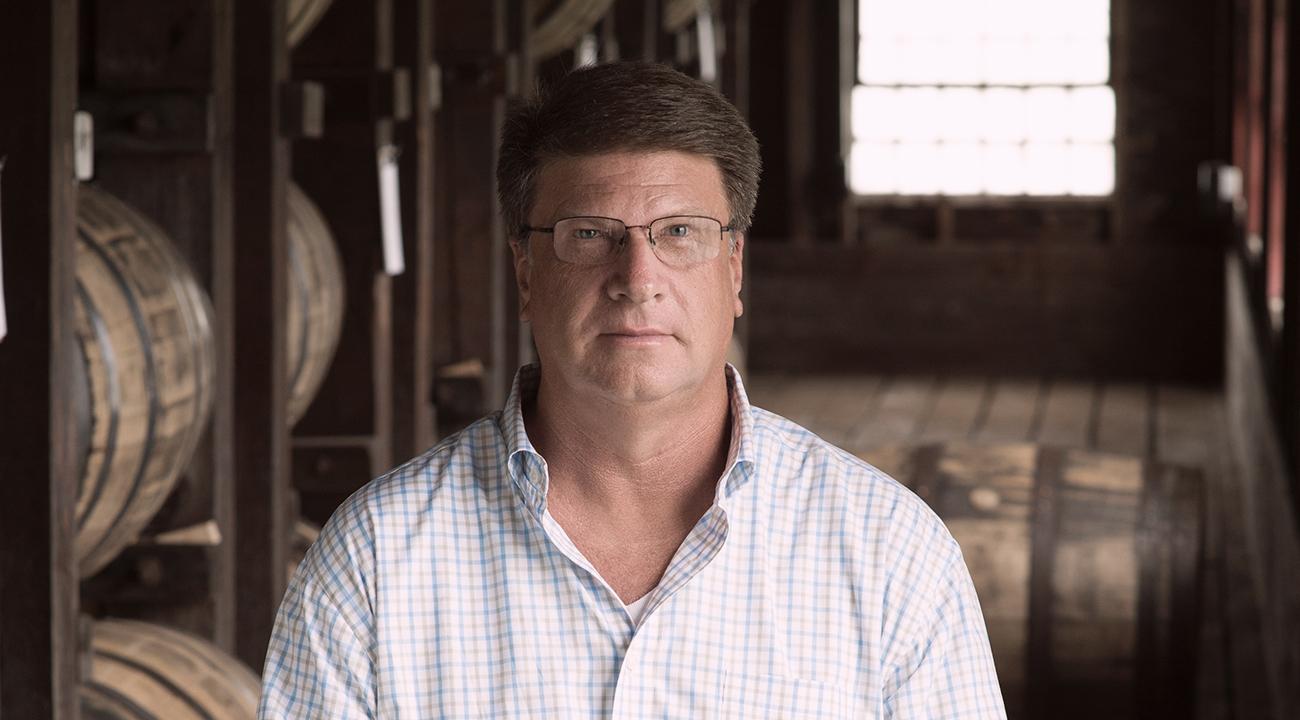 Tell us more about Angel’s Envy.

Wes: Angel's Envy is a brand that I started with my family in mind. I mean, one of the first things I did was talk to my father. Dad was a legendary master distiller for a number of years and created some amazing products like Woodford Reserve, Gentlemen Jack and Jack Daniels Single Barrel.

Dad taught me a lot about a lot of different things. But most importantly, we complemented each other.
I had to coax him out of retirement. So I said, "I want to start a Bourbon brand. And I wanna work with you, I wanna work with my sons and I wanna do something fun and creative." And dad said, "Okay." It happened just like that.

How did you end up in the Whiskey making business?

Wes: I grew up in the industry. I'd go to work with my dad on weekends. I was also a science geek when I was little, so going into the business was in the back of my mind growing up. I did work at Brown Forman briefly, but left the industry and had no plans to go back—not because I didn't find it interesting, I just wanted to do something different than what my dad did. Later in life, I changed my position on that.

We created the company with the thought of working together, and that really transcends everything we do with our partners within the business and our partners outside of the business.
But primarily, I've been involved in different entrepreneurial ventures, building businesses and operating businesses. I did some consulting in the spirit space as well and ran another Whiskey brand. After that, I eased toward doing our own brand.

Having the opportunity to work with my father over the last years of his life was a tremendous blessing. And to be able to work with four of my six boys in the business makes it even more exciting. 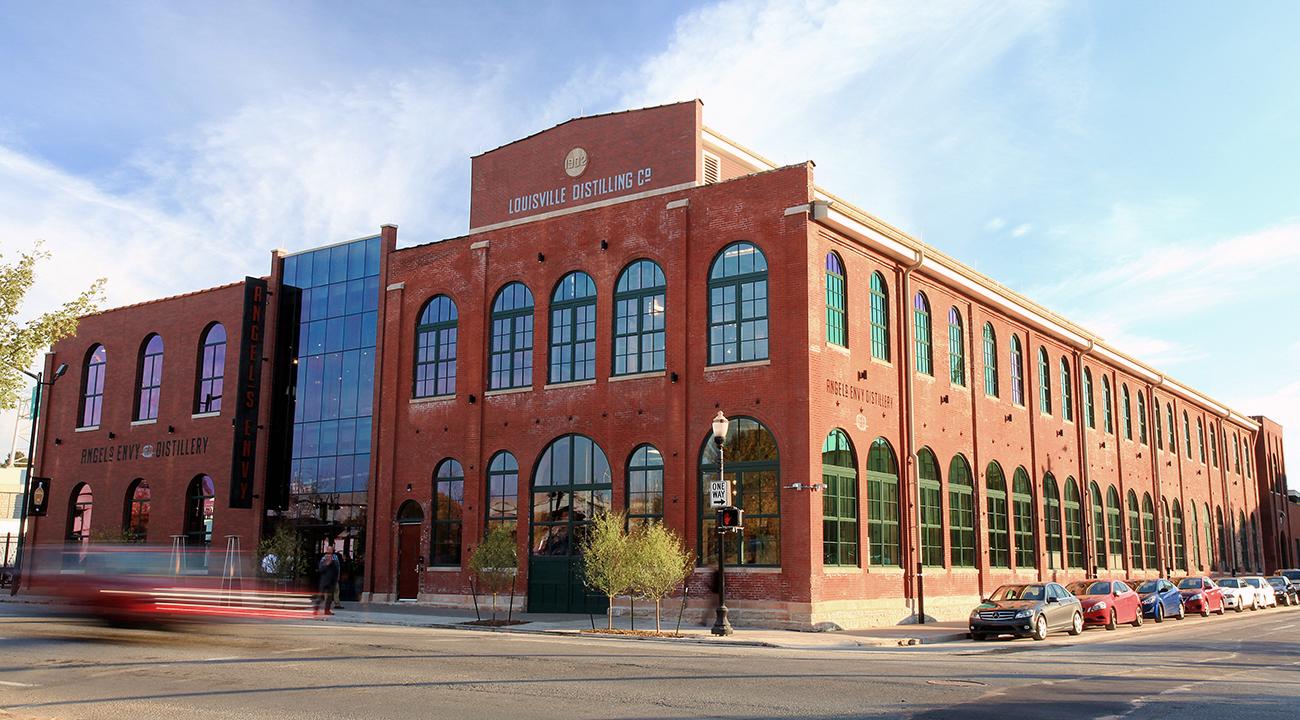 We created the company with the thought of working together, and that really transcends everything we do with our partners within the business and our partners outside of the business. It's that same type of approach in how you deal with people and the inclusive nature of family, the trusting nature of family, all those things that go with being part of a family. We like to think that we keep that spirit in mind in pretty much everything we do.

Your father was instrumental in getting this brand off the ground. He was a legendary figure in the industry. Can you tell us a bit more about what you learned from him in the process of launching the brand?

Wes: Oh, wow. You know, dad taught me a lot about a lot of different things. But most importantly, we complemented each other. His experience was in production and Whiskey making, and my experience was in business, branding and marketing. It was just a great combination of two minds that came from different places but managed to come together to create something very special. 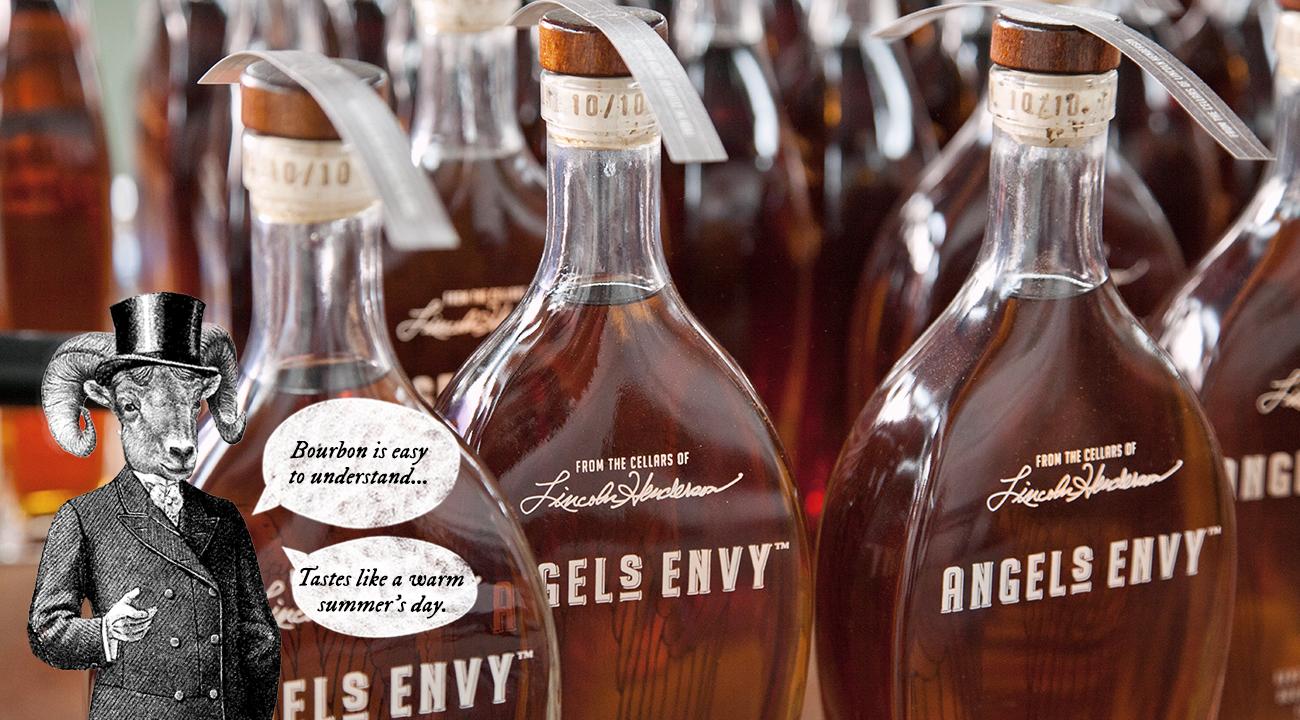 Dad was very hands-on. He would always say, "Wes, you started this thing, I'm here to help you, I'll help any way I can. You let me know where and when you need me, and what you did before." And that's what I do with my sons. You jump right in and get our feet wet. You enjoy your successes, make your mistakes, learn from those mistakes and then just keep going forward.

Dad gave me that patience and that second nature to support my boys like that.

As long as you're preserving that history and keeping that integrity, it gives you license to be innovative within that box.

How did you manage to reconcile the history, the tradition and the tremendous knowledge that your father brought to the business with your experience in innovation?

Wes: We're blessed to be one of the few families making Bourbon. And I think there's a responsibility that comes with that. The responsibility is to preserve the history of Bourbon. And as long as you're preserving that history and keeping that integrity, it gives you license to be innovative within that box. So that's really what we've done.

With dad and I, everything was very collaborative. And with the boys, I continue to have that collaborative attitude. I joke and say that there comes a point in your kid's life where they actually believe that what they say makes a difference to you. And I think my boys are getting to that age where they think their opinion counts. I joke about it, but in reality, their opinion is very important, and they're equal contributors to what we do on a daily basis. And a lot of that is rooted in compromise. 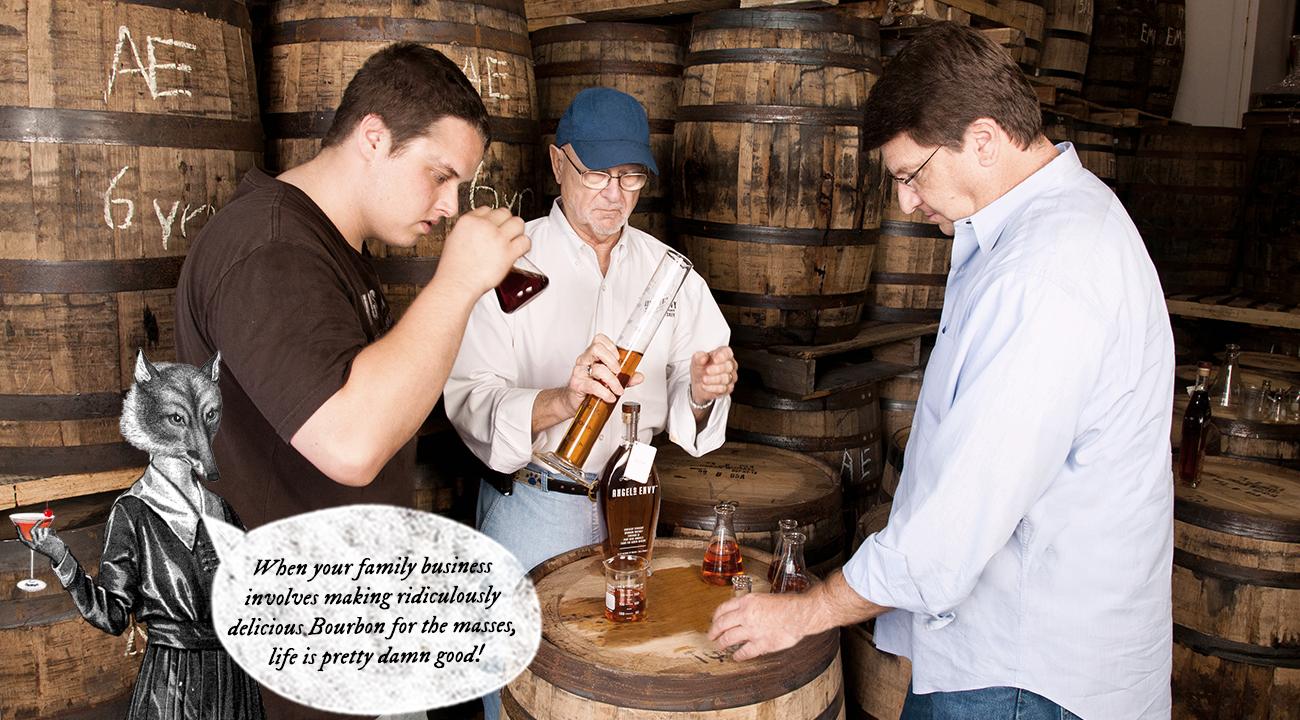 But more often than not, we march to the same beat as far as what our philosophies are and how we'd like to see the business run. Dad and I were the same way. You hear stories all the time about family businesses that have struggles, and that's a natural thing. But some of that conflict is healthy conflict. I love tension. I think tension is a better word for it. I think there's a healthy tension there. And we have that, but we support each other all the way down the line.

1. If you could have one superpower, what would it be?
The ability to see into the future.

2. How would you describe Angel’s Envy in three words?
Unique, unpretentious and family.

3. What is your favorite music and what drink goes with it?
I've been listening to a lot of country music lately, which I seem to have fallen in love with later in life. And you've got to drink Bourbon while you're listening to country music. I mean, it's practically a law.

4. What would you eat and drink for your last supper?
I would like nothing better than an A5 Wagyu steak with truffle lobster macaroni, lots of bread and tons of butter. And to drink, I want that Angel's Envy Rye Old Fashioned, because it's that good.

5. Assuming Angel’s Envy is your favorite, what's your second favorite Rye?
Templeton, because of my relationship with the founder. Oh, and WhistlePig. Dave Pickerell, the master distiller at WhistlePig, God rest his soul, was a dear friend of mine. So it would be between Templeton and WhistlePig, with an extra nod to WhistlePig in Dave's memory.


Tell us about the Rye with Rum Cask Finish - what makes it special?

Wes: The Rum Barrel Finish Rye Whiskey has turned into an animal of its own. It's been very well received. It's almost become, I don't know if cultish is a good word for it, because it's got a lot wider appeal than something cultish. But it's a little harder to get now because people really want it. 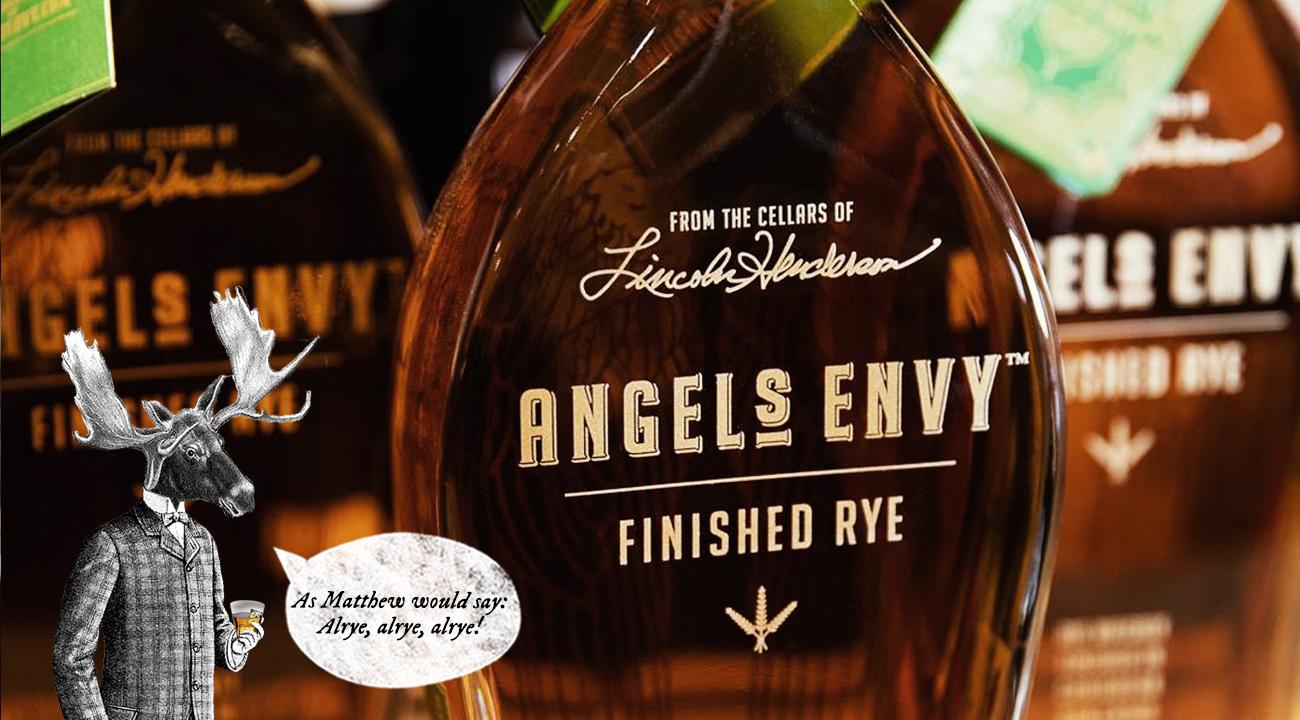 But that’s where our paths diverged. When I did the first prototypes of the Rye, they were nearly identical to what the product is today. But my dad wasn’t impressed and I'll tell you why. It's because the Rye and the Rum barrel finish is so bold.

I think dad's generation was more about subtlety. Our generation is more about bolder flavors in food, bolder flavors in spirits.
That secondary Rum barrel gives it this deep molasses and all these aromas that just explode in your nose. And when you drink it, it's all kinds of different things. My dad was more about subtlety. Our port finish or our Kentucky Straight Bourbon, are very subtle, but the Rum barrel finish for the Rye is anything but that. It jumps out and smacks you upside the head. 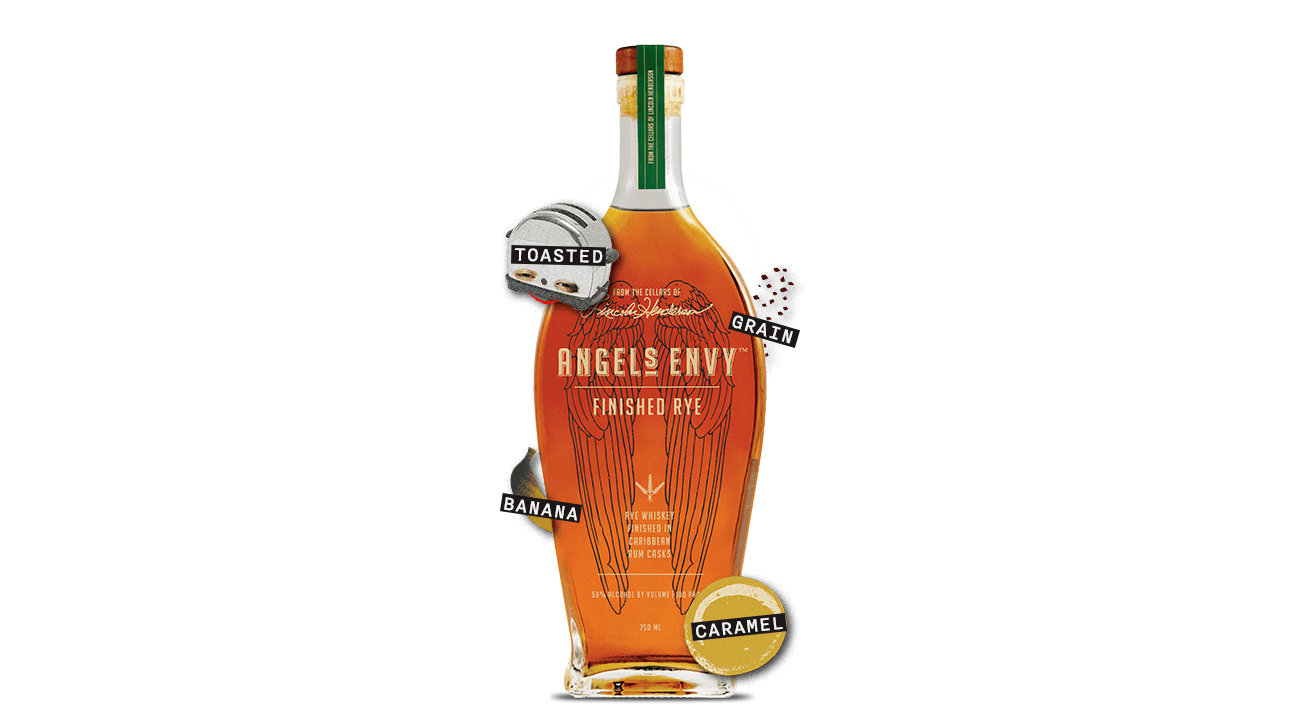 Wes: I often see the Rye as an after dinner drink, especially if it's neat. It makes the best Old Fashioned you'll ever have, so that allows it to be put in the context of a cocktail. But I like it with different desserts. We made bananas foster at the house several times over the last few months. And I use it in the bananas foster for the flambé portion. And the flavor that it adds to it is incredible. 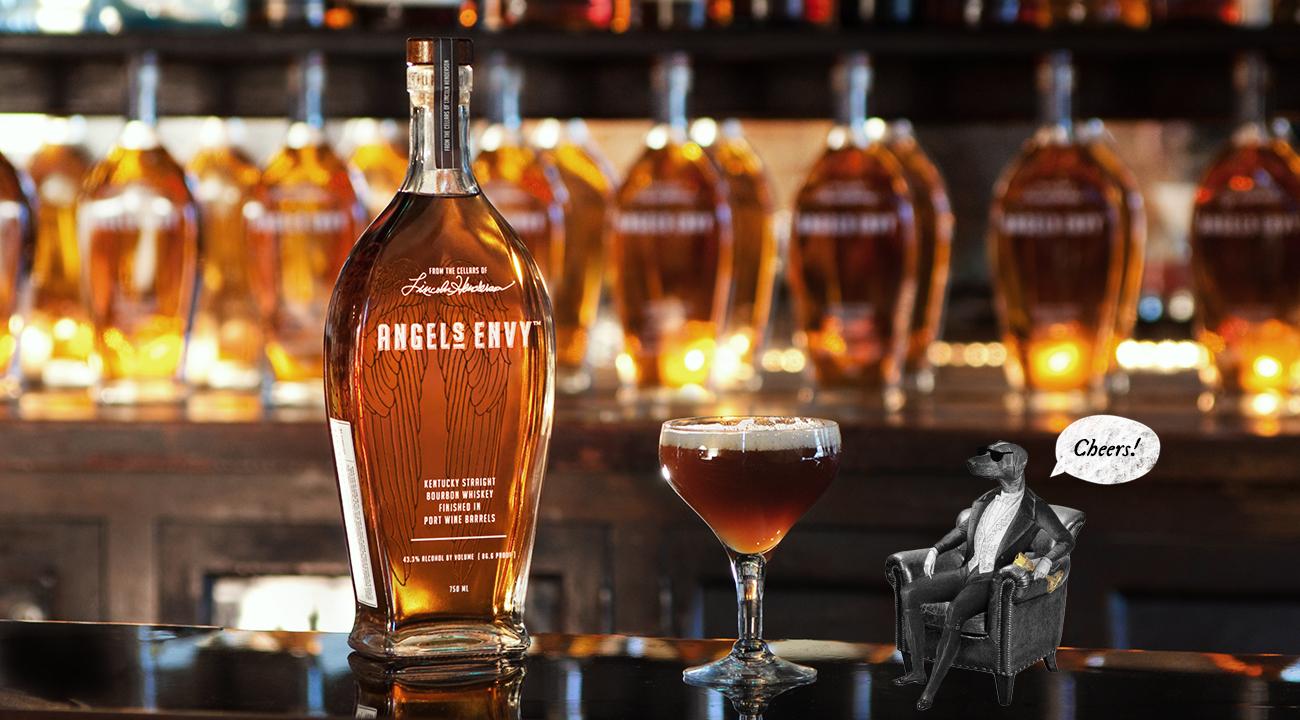 You can play with the element of sweetness in a lot of different ways, but you can also pull out the element of spice. You can use those elements in sauces or with different meats, but I tend to gravitate back toward dessert, because there's so much of a dessert-ish flavor there.

When you smell it, you think, "Oh my gosh, this is gonna be syrupy," because of all the molasses. But when you taste it, there's a balance there. There isn’t an overwhelming sweetness that you get on your nose.

Wes: Well, in February, we released Angel's Envy Bourbon Finished in Oloroso Sherry Casks. Very limited release. We did it at the distillery only. It sold out in a couple of days. It was a fun project to do. And we're really happy with the way it turned out. It's gotten some of the highest reviews of the year for Bourbon, so that's always nice. 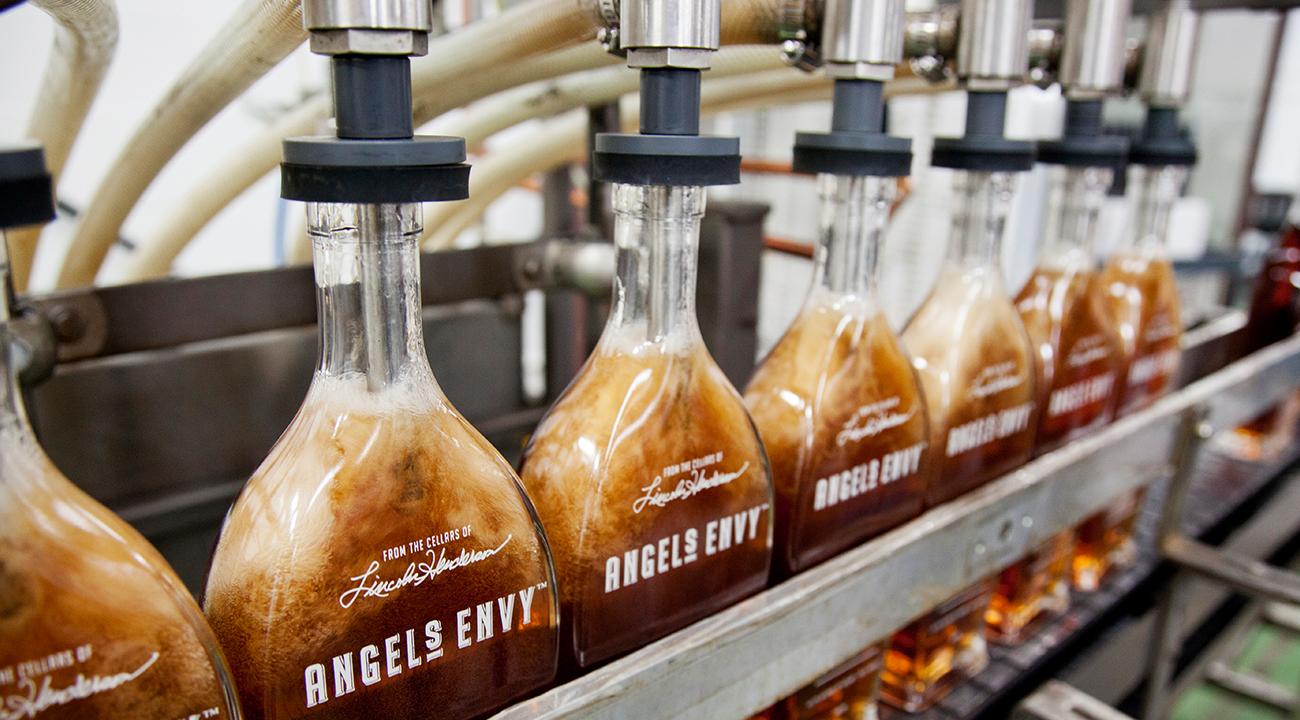 We seem to have made our mark in the secondary barrel arena, so we're doing a lot of experiments with other secondary barrels and other fortified wines and spirits. And we’ll probably have something out next year as another special release. Of course, we do our cask strength release every September. But as far as the special limited releases, who knows what we’ve got up our sleeve? We have a lot of stuff cooking in those warehouses, et me tell you, and it's really exciting.

This interview has been edited for clarity and length.
Read more about:
Published Jun 26th 2019
By Jackie Gutierrez-Jones