Buyer Protection
Money-back guarantee if things go wrong.
A world champion Single Malt that could be some of the best Highland Park has to offer.

Highland Park Viking Pride 18 Year Old has been named “Best Spirit in the World” by the respected Spirit Journal… twice. They are so precise about this Whisky that they even specify the exact location where the peat used to dry the malt must be harvested — Hobbister Moor. They are equally particular about the European ex-Sherry casks used to age it in precise temperate locations. It’s obvious why they call it “Viking Pride.” So, we suggest that you purchase more than one bottle while it’s in stock if you can manage it.

The Flavor Spiral™ shows the most common flavors that you'll taste in Highland Park Viking Pride 18 Year Old and gives you a chance to have a taste of it before actually tasting it.

Flavor / Taste / Palate
On the tongue you’ll find a creamy texture with a lot going on… from deep stewed fruits, espresso, citrus zest, toffee, and a delicate spice blend.

Finish
The finish is nice and long with sweetness, herbs, and a touch of peat." 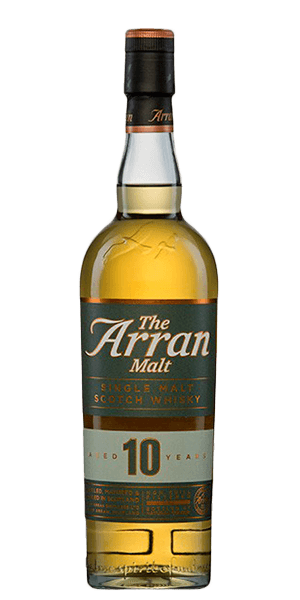 Matt, Jan 18, 2020
Delicious, deep, complex Scotch. The palate hits with peat and brine. A swish opens up dried fruits and honey, with a delicious, dark fruit finish that hangs around long after your last sip. Take your time with this one and enjoy it slowly. A truly fantastic, unique spirit.

David, Jun 26, 2019
Nose 👃 ; Light but complex, florals, biscuits, toffe, some peat and oak, Taste 👅 ; Complex taste, with a sweet smokiness to start of, fruits, some florals, citrus zest, and a dash of hot spices, Finish ; Quite sharp and long, spices and peat, with some caramel, Wow! I really love the complex nature of this dram, I believe I will find new things in this one every time I try it! Not my favorite but definitely one of my top 3! 👌

Derek, May 26, 2019
Somewhat disappointing for the price and age statement. I was expecting Highland Park 12 on steroids, but it seems as if this lost the profile that makes the 12 yr enjoyable to me. Still a good scotch, but not for the price.

Robert, May 10, 2019
Delicious, currently my favorite. A friend during a blind tasting calked it “like strawberries and sunshine”.

alexey, Apr 15, 2019
Delicate apricot and peach on the nose with a hint of brine, oak, chocolate, and sandalwood. Fruity character plays well with a hint of smoke and caramel on the back. Pallet is complex, with smoke coming out first, and sweetness and fruit developing later. Sweetness is intermingled with salty notes, and all tied well together with delicate peat and fruit. Aftertaste is light smoke with ripe fruit and caramel notes. A few drops of water develops more sweetness and freshness. Overall very smooth, complex, and satisfying. One of the best complex whiskeys.

Jasson, Jan 2, 2019
A very tasty dram. Light on the nose - a bit herbal, some toffee. Did not really taste the peat that everyone seems to report - but then again, I've been into heavily peated scotches lately. The finish on this is pretty amazing; sweet and truly pleasant.

Brock, Dec 28, 2018
This is an ideal scotch with peat. Not enough to overwhelm you, but enough to say you've just enjoyed a freaking great 18 year old whisky.
Load more reviews