Buyer Protection
Money-back guarantee if things go wrong.
Mellow Corn is NOT Bourbon … it’s a 100-proof bottle of 81% corny rocket fuel packaged like a 1950’s diner that’ll make you re-think what it means to be American Whiskey.

Heaven Hill is the largest independent, family-owned distillery company in the United States producing more the 50 brands of spirits and several variations therein. They were founded in 1935, at the height of the Great Depression (reason enough to need a shot of Whiskey) immediately after the repeal of Prohibition.

They are based in Bardstown, Kentucky, so you might bet that Bourbon is a big part of what they do, and you would be right. Heaven Hill is currently the second largest holder of aging Bourbon Whiskey stock in the world with an inventory of over 1 million barrels. Cheers! But these days they do a lot more than Bourbon and have a wide range of products including Gins, Vodkas, and a load of specialty beverages.

Mellow Corn Whiskey is NOT Bourbon. In order to be called Bourbon, a Whiskey has to have at least 51% Corn in the mash. But before there was Bourbon, there was Corn Whiskey, which requires at least 81% corn in the mash, and that is what Mellow Corn is: Kentucky Straight Corn Whiskey. And this interestingly yellow Whiskey is aged for four years in ex-Bourbon barrels. If you take the time and incur the expense of aging for four years in barrels that those Scotts would gladly pay you a handsome price for, you ain’t messing around!

Mellow Corn is not a newcomer either. Heaven Hill has been making it since 1945, but it has lived its corny little life in obscurity until recently as craft bartenders and hipsters all over the country have been on the lookout for new things to mix with and new cocktails to invent. Mellow Corn has not changed its label or packaging either, so it looks like a 1950’s billboard (which is actually part of the charm). But this is a serious Whiskey that is a part of the real heritage of distilling in the US.

SmartAss Corner
Mellow Corn is actually “in bond.” This is a ancient designation from the “Bottled-in-Bond Act of 1897” which was passed in reaction to cheap and inferior Whiskies entering the market back in the day. If a Whiskey is “in bond” it must be aged at least four years in a federally bonded warehouse and bottled at 100 proof (50% ABV).

The Flavor Spiral™ shows the most common flavors that you'll taste in Mellow Corn and gives you a chance to have a taste of it before actually tasting it.

Dog Dogson's
Smartass Corner
Bourbon set of rules refer to manufacturing method rather than location. It must be matured in new and charred casks of American white oak. No colouring or flavoring of any type is allowed. It must be matured for at least 2 years, if a bottle does not bear an age it is at least 4 years old. The mash bill must contain at least 51% corn.

Finish
Give me a minute to catch my breath … sweet spice

Matt, Jun 24, 2020
Enjoying this with lime , it’s has a powerful taste and hi in alcohol content

Brandon, Jun 5, 2020
Expecting much more than just having a taste like cheap charcoal filtered vodka

Daniel, May 20, 2020
The taste is fine, it is only corn whiskey aged for a minute or two, no kidding, supposedly 4 years hence the color. Don't expect anything fancy and you won't be disappointed. I think it would make a good mixer, it is sweet so you'd have to be careful what you dumped it into. Not complex, no oak, no pepperiness, just a sweet corn taste, and a nice burn, I like it on a cube or two. Costs too much on here.

Paul, May 11, 2020
This is strong. Definitely needs to be mixed with something. It is good mixed with the new bold ginger ale that is in the store

Noah, May 5, 2020
I was curious about this whiskey because it seems to have almost a cult following online. Perhaps not because it's top shelf, more like, it's a booze drinkers meme in real life. First, I admit I may not have the most sophisticated palate. When I hear people describe whiskey as having an essence of spring rain and unicorn farts, I tend to roll my eyes. I can count on one hand the number of spirits where I detected anything other than 'whiskey.' That's where Mellow Corn stepped in. As I inhaled my first breath of this whiskey, I could clearly make out hints of crushed dreams and the flagging hopes of the city's local homeless camp. It tastes about how the BO of 1000 hippies stuck in a Venezuelan rain forest during Coronavirus smells. I think this liquor would best be enjoyed out of a paper bag, in an alley behind the local gas station, shared with your friends who have as much dignity remaining as they likely do teeth.

Mike, Jun 1, 2020
This is Dirty Mike and the boys. You bet we love some mellow corn. Best mixed with some cheap glue in the bag and huffed behind the woods of a public library.

Jeffrey, Apr 23, 2020
A bit spicy, with a smooth finish and real hints of corn on the back. Really enjoy!

Christopher, Apr 22, 2020
Ok. So if you want to have a fun, light whisky, then you can't go wrong with this little gem! If you can get past the "corny" looking bottle then you've got a sweet corn smelling, cream of corn whisky that has no bite for a 100 proof with no lasting mouthfeel the second it goes down. But that is to the drams benefit, because you'll love to keep sipping till it's all gone. There is a reason Heaven Hill has been putting it out for over 70 years, and at less than $20 I can see why! It's a steal!

Matthew, Apr 4, 2020
Appearance: Color is straw, decent legs... Nose: Corn grain sweetness, faint vanilla, caramel and baking spices. Average... Palate: Grainy corn sweetness, baking spice, youth, but not the in-your-face bitter of poorly aged Whiskey, a little vanilla. Different, a little below average... Mouthfeel is Average... Finish: A more creamy vanilla flavor and baking spices, mild but lingers due to proof... Overall: If you go in expecting a Bourbon, you will be disappointed, but if you want a cohesive, solid example of a Corn Whiskey, this is it. Corn dominates the profile, and the barrel mostly just tempers the youth and grain.

Jesse, Mar 29, 2020
Definitely my favorite whiskey! Got it on a whim not expecting anything special but it's much more tasty and smoother than my previous go to which was Wild Turkey 101! I just wish it was still available (HINT FLAVIAR) this stuff is hard to find! Also if you don't like a flavor punch in the face it's not for you

Jerald, Mar 25, 2020
Have to come from a “moonshine” background to appreciate the amount corn in this bottle. Not quite sure why they didn’t leave it clear.

Joe, Mar 7, 2020
I knew a $20 bottle of whiskey was not going to give me a TON of greatness, but even as a cola mixer, this was pretty harsh. Not just taste, but the feeling it left after it was drank. Description hyped it up real good, but it ended up being exactly what you’d expect from a cheap bottle of whiskey.

Jerald, Feb 20, 2020
Very smooth for the ABV..not the greatest nose or complexity.

Eric, Apr 9, 2017
It's a wonderful bang for your buck if you care about it. A great option to have in your home collection that will get most people to at least say "hmm, not bad" since you can't find it everywhere.

Chad, Apr 13, 2016
Surprisingly decent. While it won't compare to a good scotch, it's pretty good. Go in with an open mind. For the price, it's worth it. 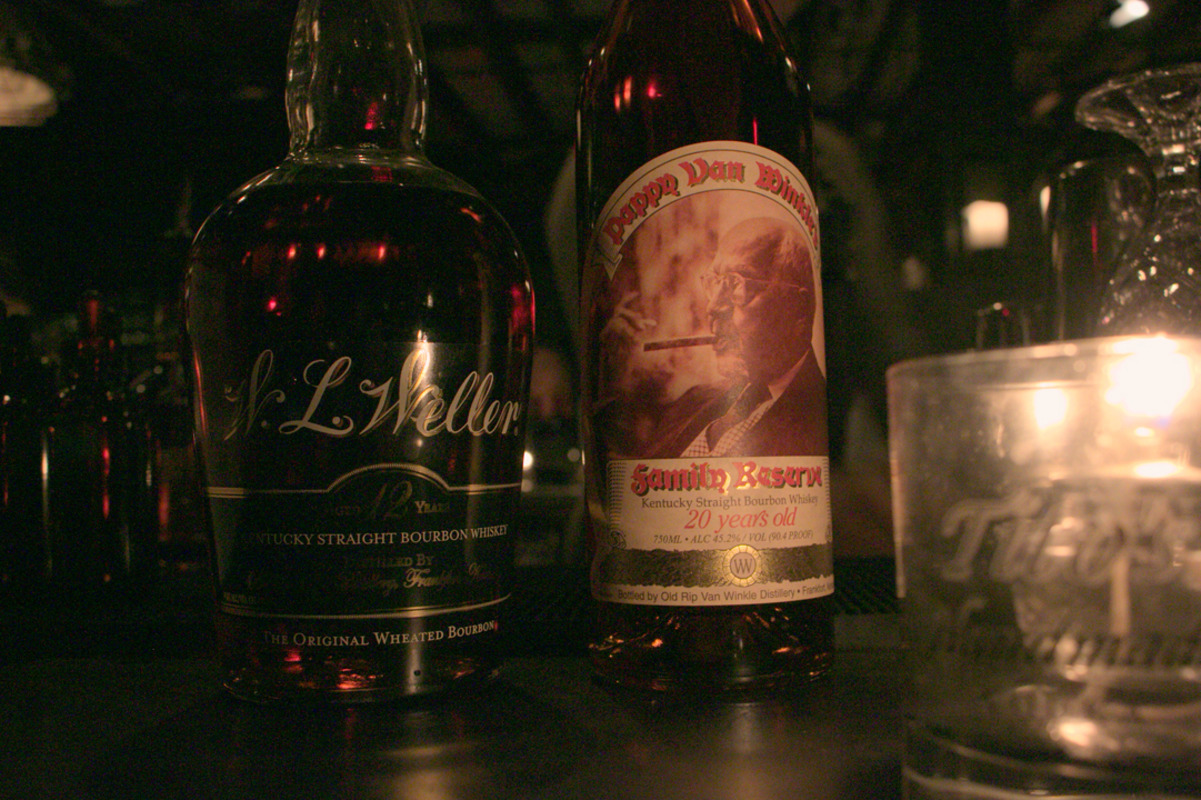 Here's Everything You Need to Know About Wheated Bourbon
>>>