Kilchoman: There's Some Serious Whisky on This Farm 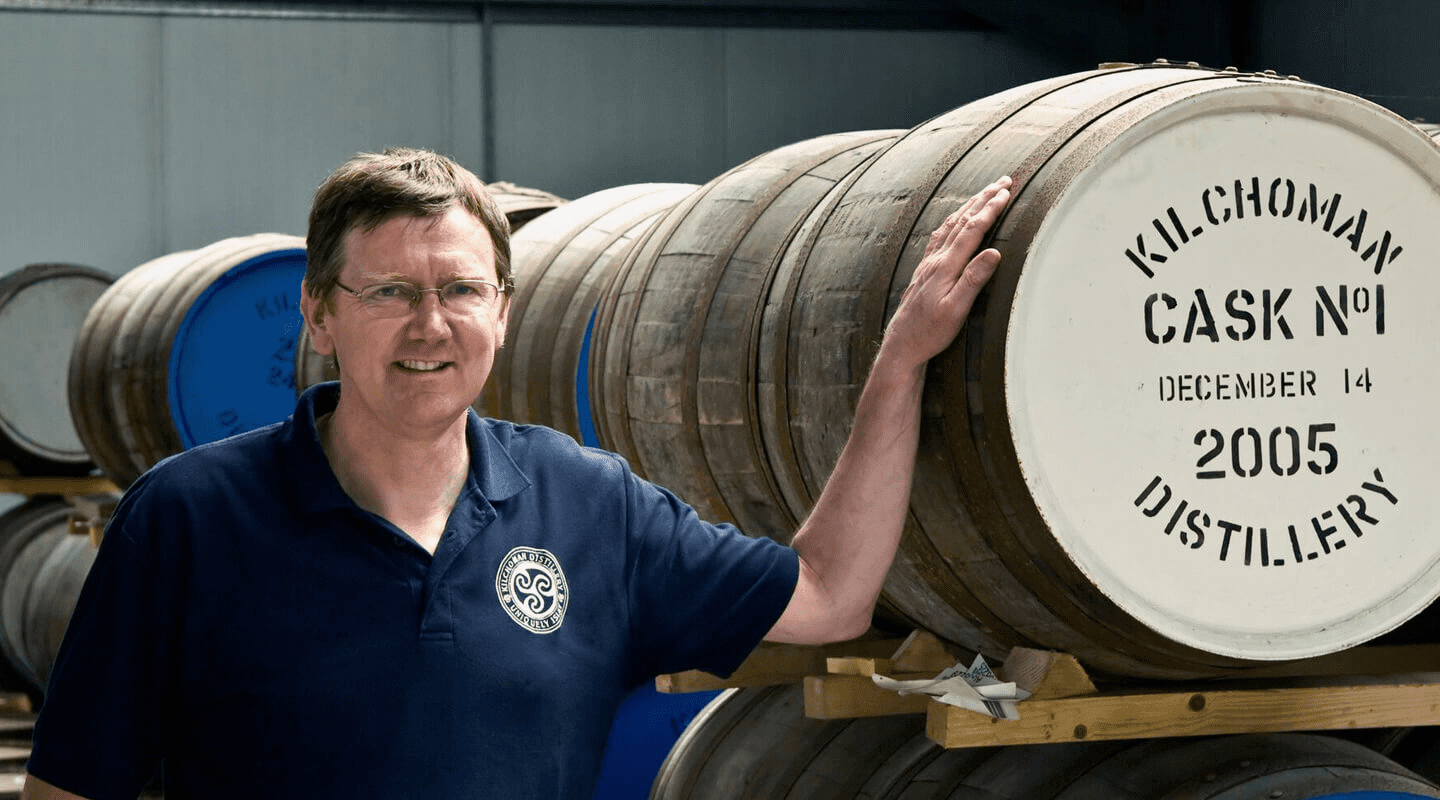 Can you smell that?
No, really. Take a good whiff. Smoke?
Yeah, sure. There’s that.
A hint of barley? Definitely.
We’ve taken you to Kilchoman distillery today. And if you haven’t guessed, well, it’s on a farm. Oh, that smokiness? That’s the undeniable marker of an Islay stunner. Yep, this family-run distillery’s come out of the gate with some downright delicious drams, all while turning the Scotch world on its head with its NAS (No Age Statement) Whiskies. 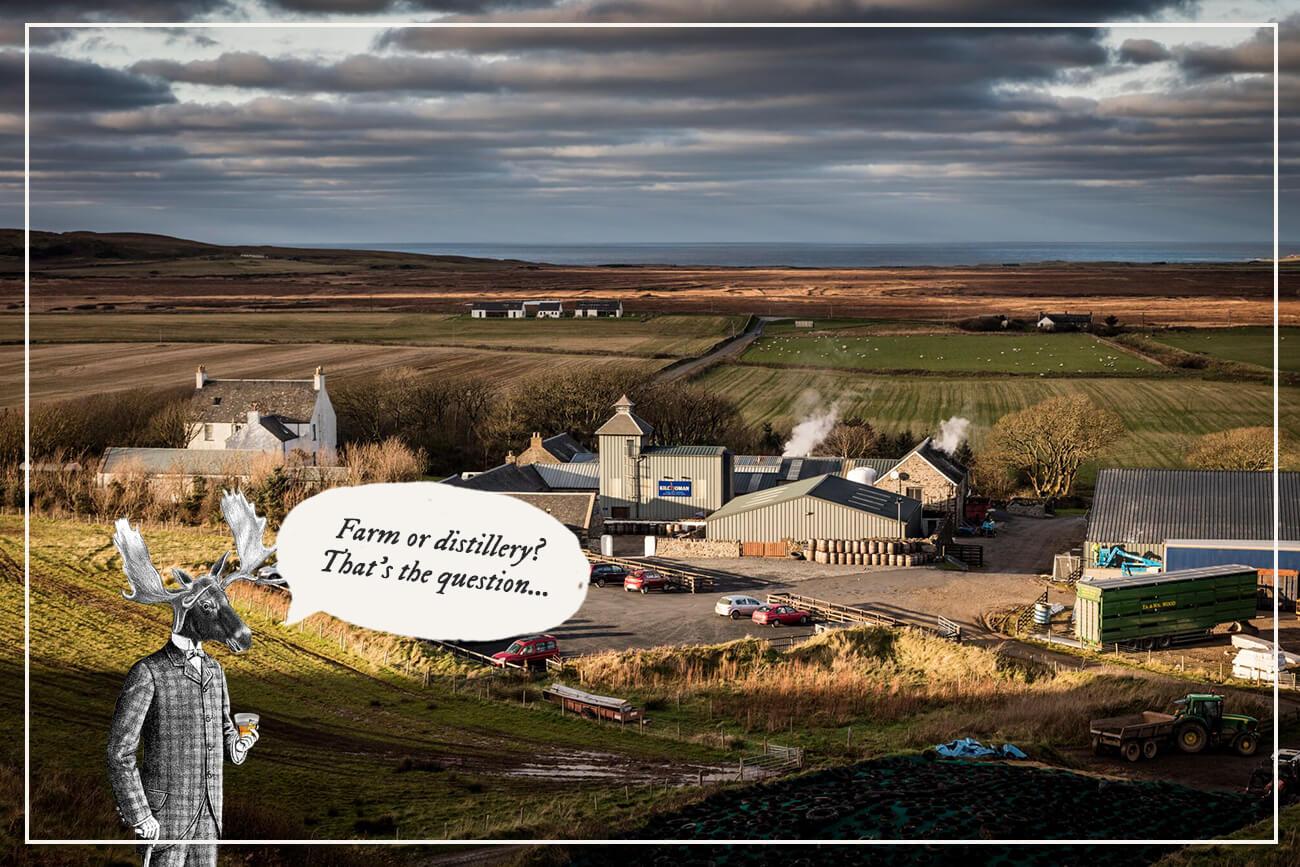 We recently sat a spell with Kilchoman’s founder, Anthony Wills, to get a taste of what this Islay newcomer—the first distillery to be built on the island in 125 years— is bringing to the table.

Now, about that farm…

“I think when I set the distillery up, I didn't believe in building another distillery like the seven or eight on Islay. We needed a point of difference, so we decided to build it on a farm."

"All over Scotland, distilling started on farms, where they'd grow a little bit of barley, feed it to some of their livestock and make a bit of Whisky. We're talking 200-250 years ago. And it became about taking Whisky back to its roots” remarked Anthony.

“So it was finding a location where there was a working farm where we could grow the barley, or a portion of the barley, on site and do the whole production process from growing the barley all the way through bottling the product and selling it from the distillery.”

As you might imagine, the whole set up might surprise a visitor or two. As Anthony describes it, guests drive up a rackety old drive to get to the distillery where they’re greeted by farm buildings and the occasional cow or sheep bleating from a barn. And you can just picture them saying, “what in the hell is going on here.”

We needed a point of difference, so we decided to build it on a farm.
But as Anthony puts it, “it's not like the other distilleries which have more corporate-style entertainment.”

From farm to bottle

Much of Kilchoman’s stock gets aged in fresh casks—second-hand wood from Bourbon distilleries like Buffalo Trace and Sherry casks that impact the character of the spirit very early in the maturation process. But don’t worry, that Islay peat isn’t going anywhere. 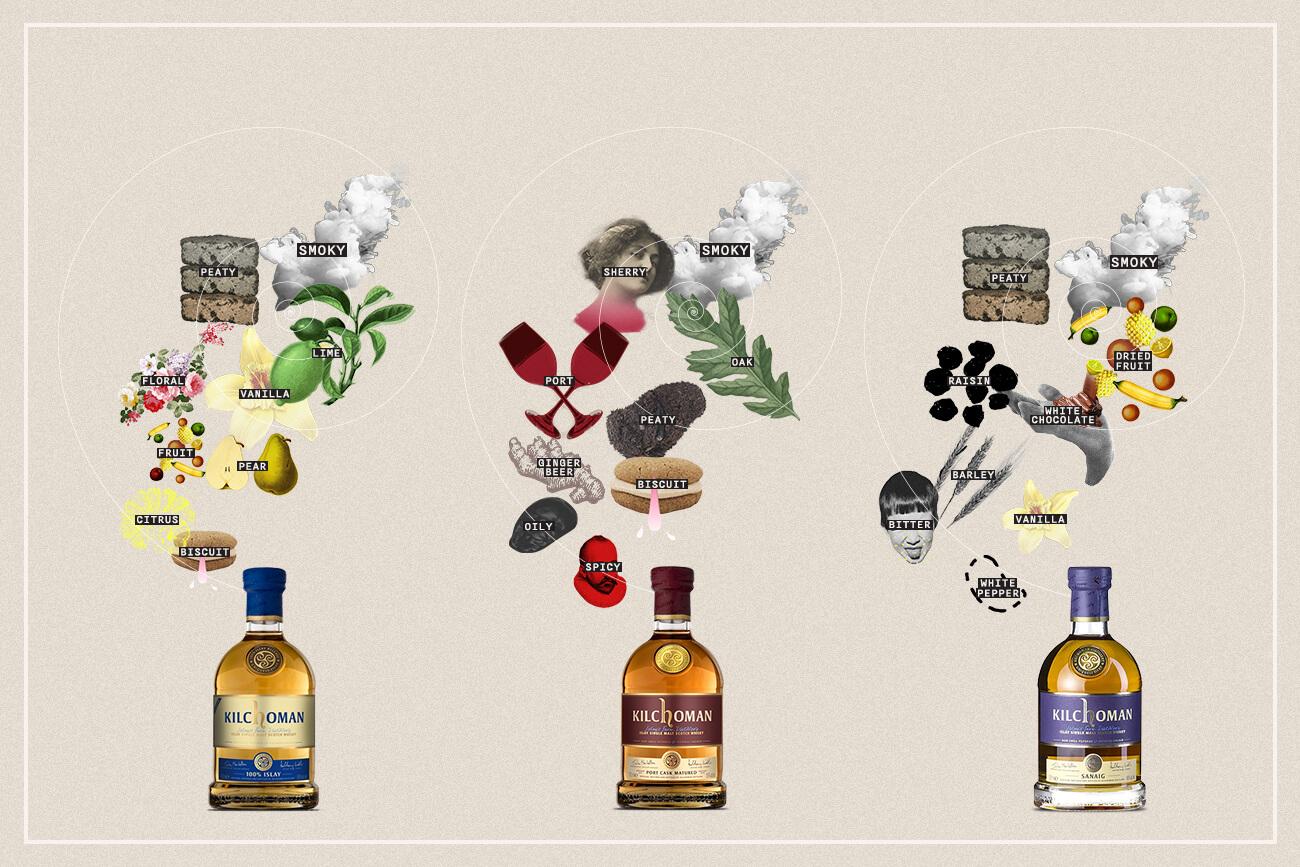 “In terms of taste profile and character of the single malt, it was very important to be an Islay character. So the peaty, smoky aromas were very important. We wanted that,” explains Anthony.

“When I discussed the design of the distillery, the stills and the character of the single-malt with Jim Swan, who sadly died recently, but he was my mentor. I gave him a taste profile which we wanted peaty and smoky, but we also wanted it to mature relatively quickly, so that we could release it into the market at a relatively young age. And fortunately for us, we've been able to do that.”

In terms of taste profile and character of the single malt, it was very important to be an Islay character. So the peaty, smoky aromas were very important. We wanted that.
“It’s also about having a consistent character of casks. In other words, fresh Bourbon casks and fresh Sherry casks give the impact that we're looking for at an early stage in maturation. And because of the character of our spirit, which is floral, sweet and clean, that combination with the quality of the wood we fell into allowed us to mature it relatively quickly. “

Age ain’t nothing but a number

No Age Statement (NAS) Whiskies—spirits that have been bottled without their maturation age stated on the label—have been an anomaly in Scotland. Kilchoman has been among the first to really capitalize on the trend and make it palatable for consumers.

“I think the key to our success has been being able to release our Whisky at a young age, and also, consumers accepting no age stated single malt,” said Anthony.

“I think ten years ago, that wouldn't have been the case. Fortunately, as the consumer has become more educated, they've accepted no age stated Whiskies. I'm all for more information being given to the consumer on the labels, but at the moment, the Scotch Whisky Association doesn’t allow us to do anything but to talk about the youngest age in the vatting of a Whisky.”

I think the key to our success has been being able to release our Whisky at a young age, and also, consumers accepting non-aged single malt.
“Our Whiskies are very different in style. We have a sort of sweeter, more floral note. That has been key in turning the business around relatively quickly. Because otherwise, there's a longer wait before you're able to release your single-malt to the market. It has to be three years of age, and fortunately for us, we were able to release it at three years of age and start the momentum from there.” 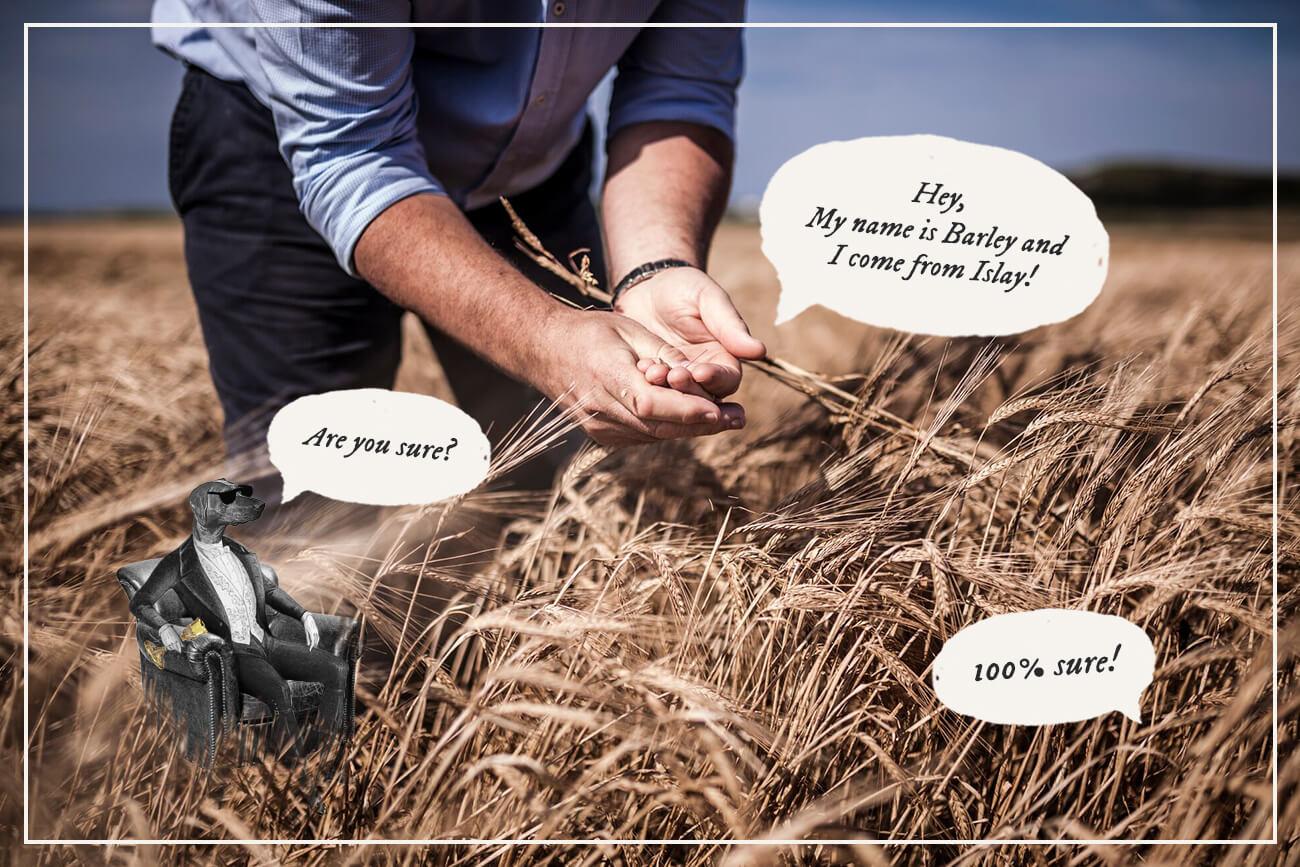 While most of Kilchoman’s spirits are quite impressive, one stands out from the pack. Produced from barley grown at the distillery, Kilchoman’s 100% Islay is just that —completely devoted to the rugged island it was born on.

“That is a wonderful dram as well, and it's quite different from our standard range. It's lighter in peat. It's softer and fruitier,” remarked Anthony.

As for some outstanding palate match-ups? Spicy chorizo, shellfish and dark chocolate pair wonderfully a tumbler of 100% Islay. 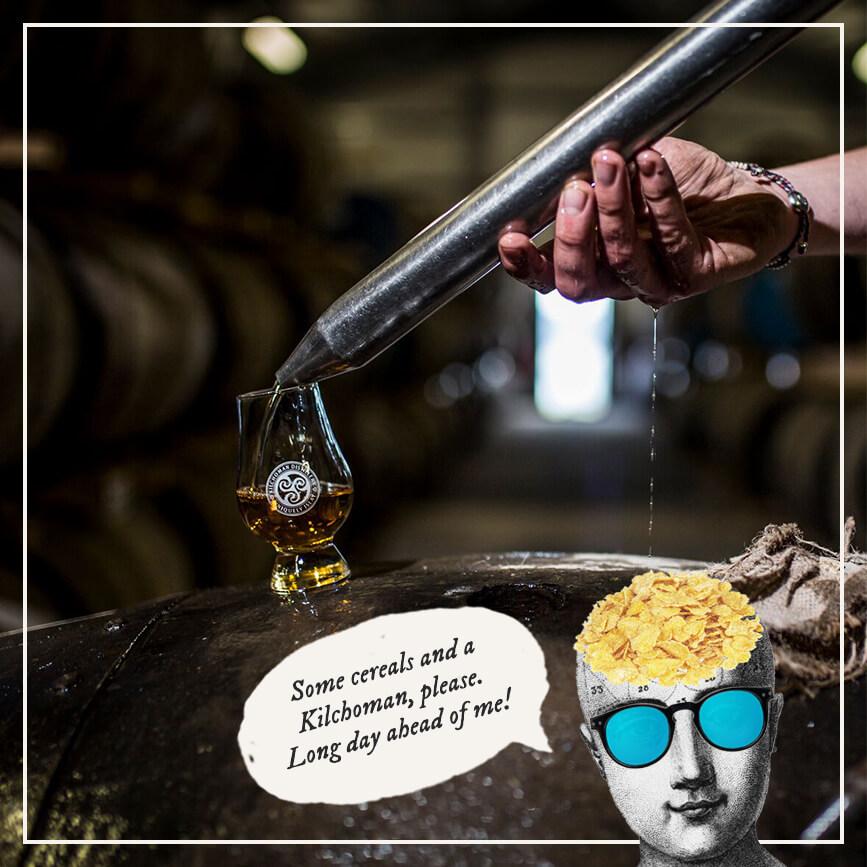 “But you can drink that with your cereals in the morning. I always joke that it's a breakfast dram. I mean, it's a lighter, fruitier style.”

As for the future?

“We will continue to evolve. But we want to keep the range relatively narrow. We don't believe in having huge numbers of different expressions on the market because I think that confuses people. Keep it very narrow, but always have exciting things going on that interest the consumer."
Read more about:
Published Apr 19th 2017
By Jackie Gutierrez-Jones