Meet the Duo Behind the Appropriately Named Bender's Whiskey Co.

Published in:
By Jackie Gutierrez-Jones
"You know, Carl and I are very different in terms of our style sometimes, and so when we communicate, he loves to get things in emails and I'll just blow up his phone."
That’s Christopher Cohen, co-founder of Bender’s Whiskey. And despite an obvious difference in communication styles, he and Carl Bender see eye-to-eye on what matters most: how to blend an epic tasting Whiskey. That’s the premise behind Bender’s. 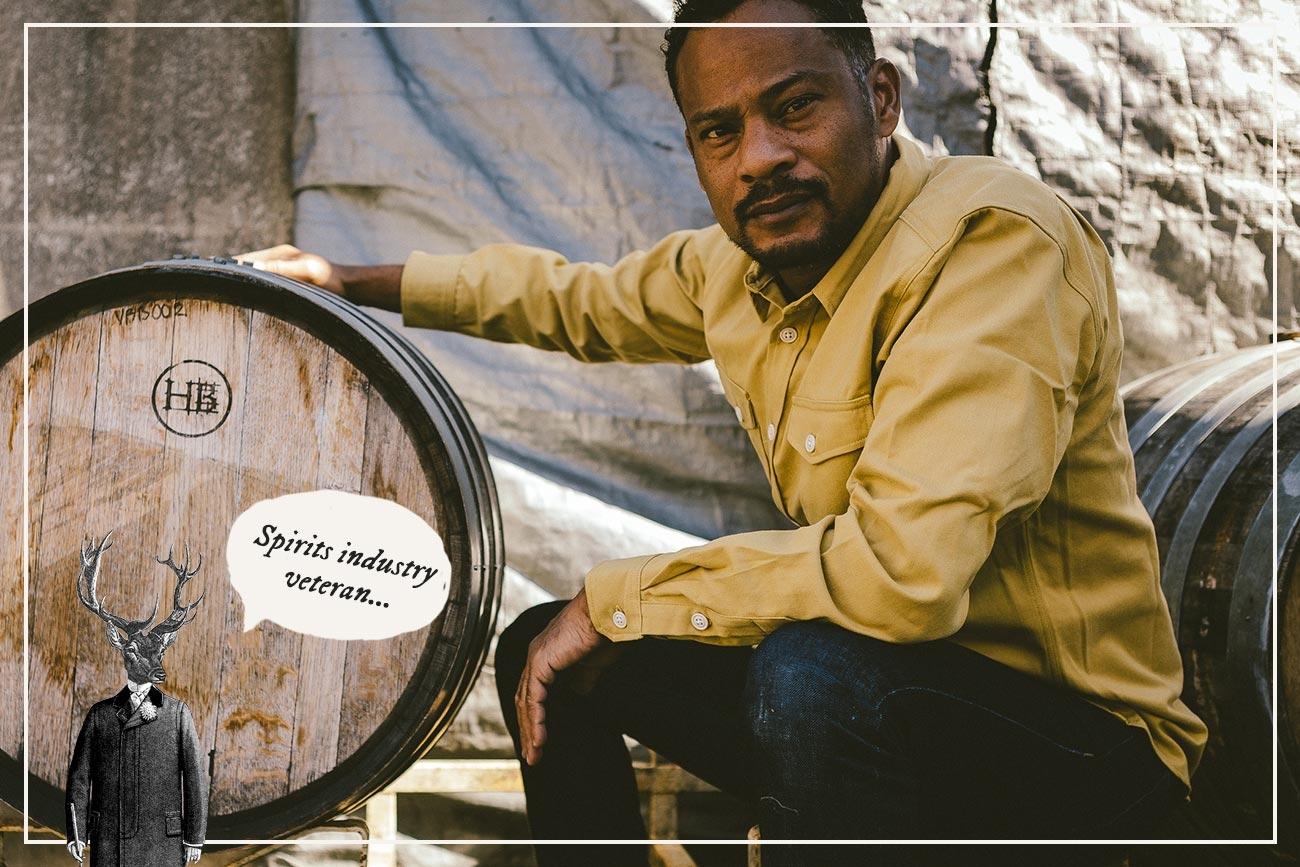 See, Carl and Christopher are what some might call “negociants”—they don’t distill their Whiskey. (At least, not yet. More on that later.) They gather their component Whiskeys from some of their favorite independent distillers in Canada and the U.S. before blending and aging it themselves. Every batch is an experiment and each one is unique.

They’re not too far off base when they say, “it’s great work if you can get it.”

It all started at a party

As most absurdly amazing ideas do. Carl, who’s a graphic designer by trade, found some boozy common ground with Christopher, an industry veteran of several well-known companies in the spirits trade.

"I was really getting into Whiskey at the time," says Christopher. "I had an idea for a Rye Whiskey." 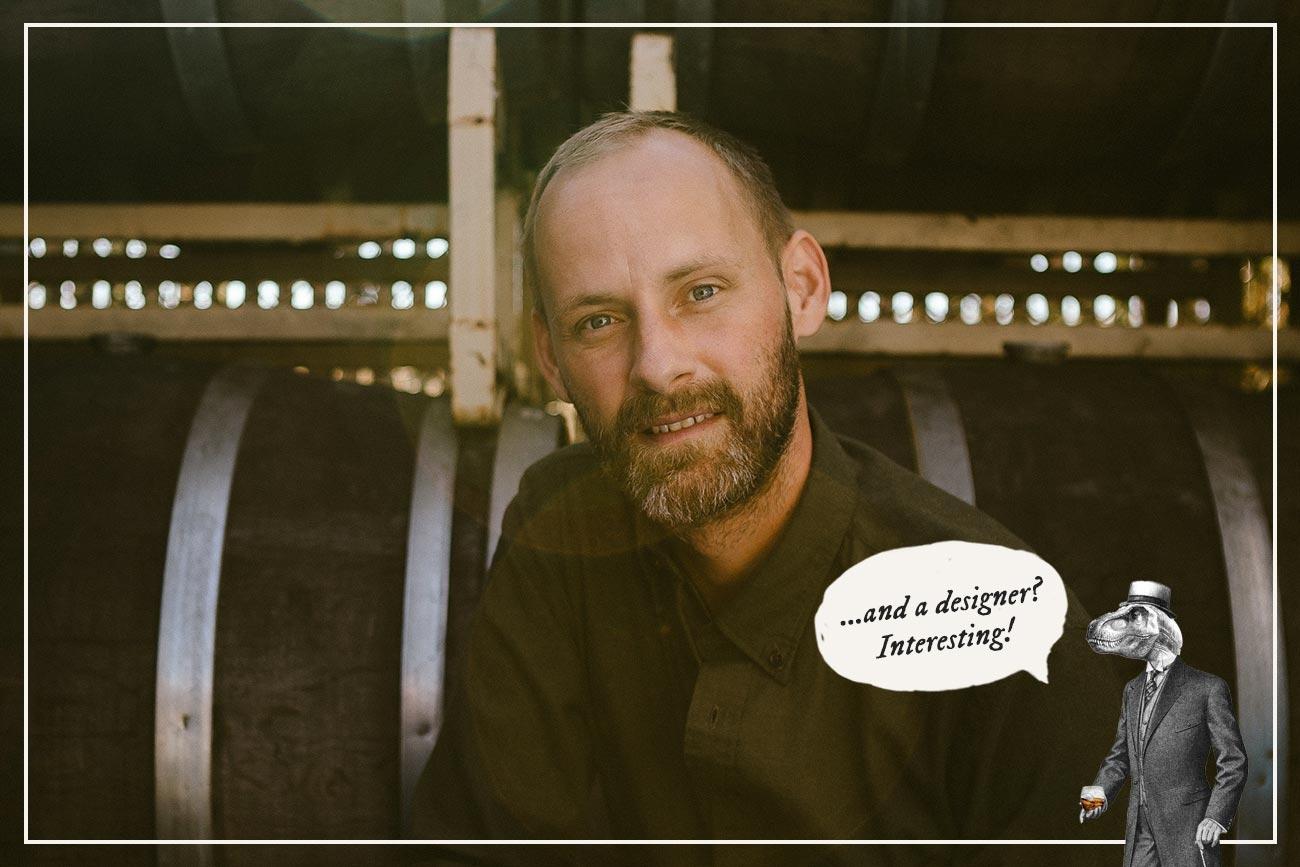 "We thought we could do a small proof of concept, get a few bottles out there, go around and taste people at bars that we really trusted. And we always used to joke, you know, [that] if the whole thing falls through, at least we'd have a bunch of Whiskey that we really liked. It started out as a fun little side project that ended up catching on and getting some wind behind it." adds Carl.

...if the whole thing falls through, at least we'd have a bunch go Whiskey that we really liked.

A Whiskey-blending business is born

It wasn’t long before the two of them were knee-deep in grain distillates and wood casks. They chose to leave the distilling to the pros and began sourcing Whiskey from some of their favorite U.S. and Canadian distilleries and then went about the work of blending and finishing it themselves.

“I mean, we really respect the distillers' art. I've been in the business a while and worked on several brands that were kind of negociant—where somebody, or a team of people, like Carl and I—had a point of view. We found artisans who shared our point of view or who had the stocks of stuff we liked. That's what we found with our original partner, Highwood Distillers, just south of Calgary. They're a Canadian distillery that we work with,” said Christopher.

“Finding the product is really hard sometimes. Even working with Highwood, there was just an explosion of demand for the Whiskey. And the original Whiskey we were able to get, at times, became very difficult to obtain.”

After sourcing their favorite Whiskeys, they set about the grueling task of blending, tasting, and then repeating the process until their palates cried for mercy. 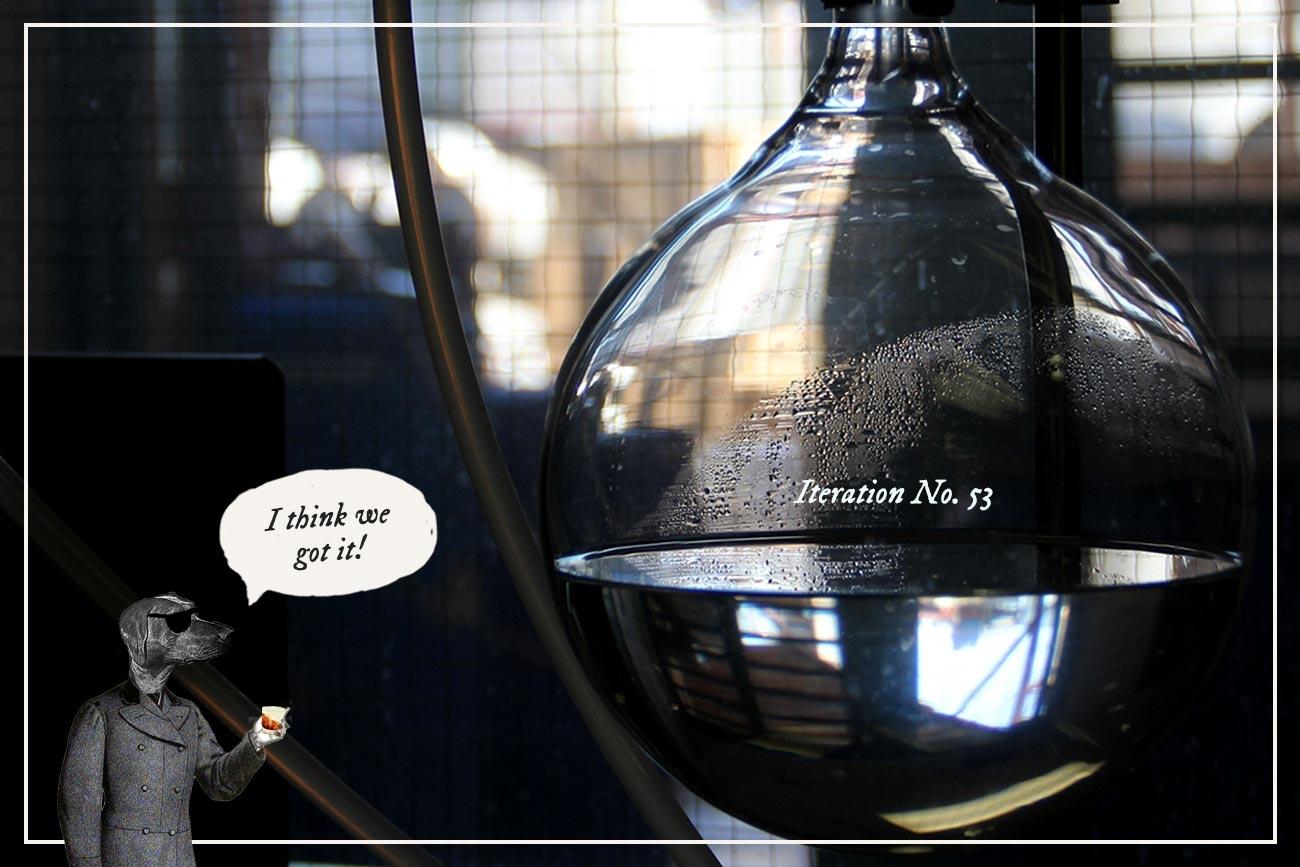 “I remember when we were first trying to dial in our Batch 1 offering, Christopher was going up to the small distillery we were working with, pulling barrel samples and bringing them back down. We were tasting them. We were tasting stuff with our friends. We were trying out tons of different blends. I think we went to like 52 or so different iterations before we finally felt like we were getting in the wheelhouse of where we wanted to be with our first offering.”

Like they said, great work if you can get it.

“We work with Highwood Distillers in Canada, and Yerba Buena Distillers and Treecraft Distillery on Treasure Island. Yerba Buena does most of the actual blending for us,” says Carl. “We have our bespoke Hoffmeister barrels there for the Canadian Whiskey, and we're really excited about that, because we want the wood to provide some framework and structure so you can really understand what the Whiskey is all about.”

When it came to branding their new Whiskey venture, Christopher and Carl had some pretty interesting discussions. They started with over 50 ideas for names, but one option kept nagging at them.

“What always kept coming up was Bender’s,” says Christopher. “There's a double meaning to it—you know, being on a bender and Carl’s family name. That was a bonus."

"It made a lot of sense. We could possibly own from an intellectual property standpoint. But Carl is very modest. Putting his name on the product shifted the nature of what we were doing. It made it very, very personal, and very scary, too.” 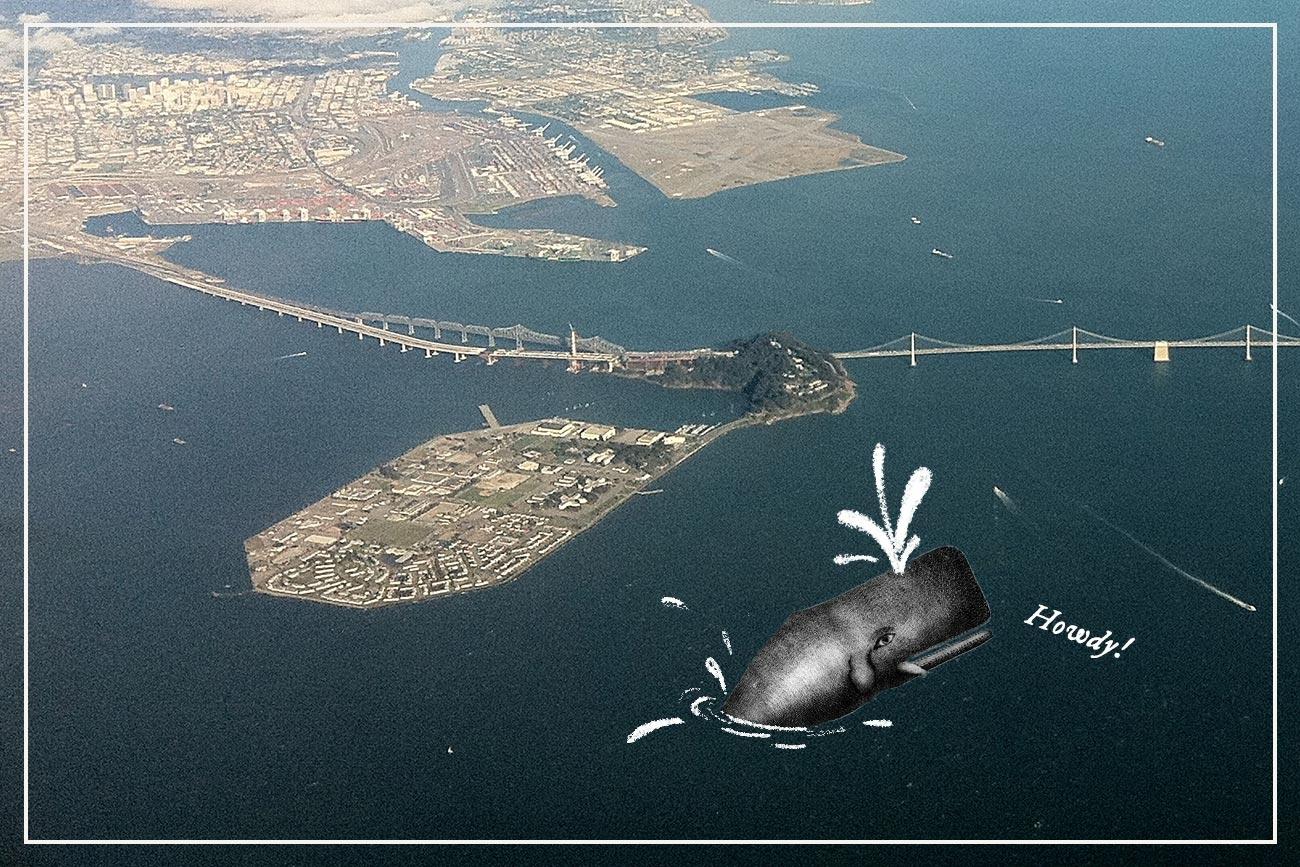 As for the whale in their logo?

"Treasure Island is a little island between San Francisco and Oakland, which is kind of fitting because I live over in Oakland and Christopher lives in San Francisco," explains Carl. "So we meet in the middle."

"In fact, the pair's base of operations is a warehouse that served as a Navy brig during the era that the Navy maintained a post on the island. A lot of our stuff is stored in an old jail from the '20s or '30s," says Carl. "Our nautical theme is a nod to that."

Go big or go home. That’s the unofficial motto of their first batch of Rye Whiskey—a bold, high-proof blend clocking in at 96 proof.

“The higher the proof, the more flavor you get, right? This was a lighter style of Whiskey. Especially at the beginning,” said Christopher.

The higher the proof, the more flavor you get, right? 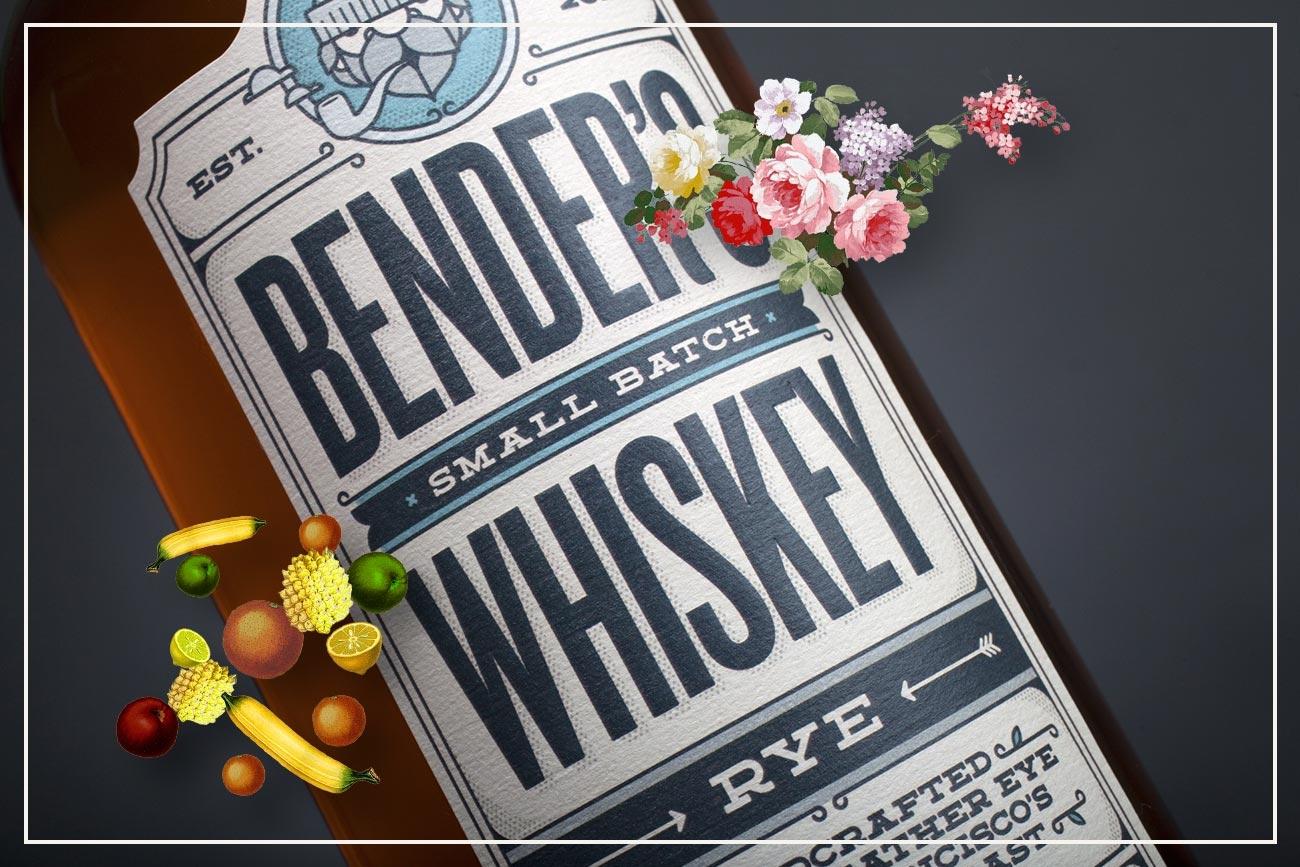 "Having the high proof is really important, because it allows you to have strong flavors that you can actually taste, in our case, floral and fruit notes. Also, we wanted those flavors to stand up in a cocktail. A lot of times, if you have a lower proof Whiskey or one that's round and flat, all you get is the sugar and the citrus, and that's there's a Whiskey behind it, but no vivid flavor. We found that the higher proof allowed for our particular point of view to be expressed in the cocktail."

Remember their “negociant” status? Seems that the recent run on Whiskey has the duo thinking long term. And that involves (drumroll, please…) distilling.

“[The run on Whiskey] has been a big challenge because it's stunted our momentum several times, due to low stock. It's forced us to kind of step back from selling more. In some cases, we've had to let go of distribution that we spent a lot of time building up. Because of that, we've started distilling on Treasure Island." said Carl. 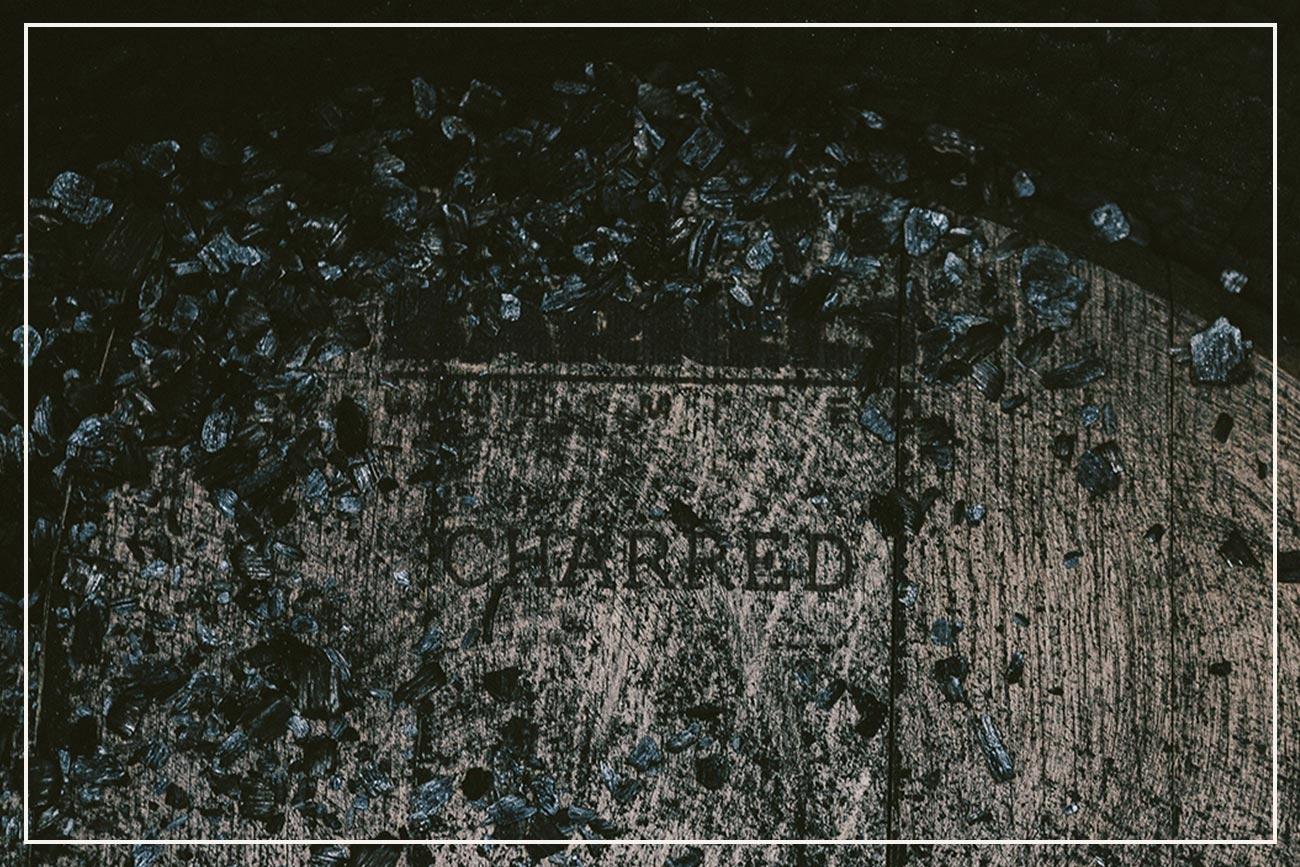 “Distilling is something we had always had in the back of our head. It would be great to shift to doing everything over on the Treasure Island at some point, and there’s been a little bit of a shift towards that. Now that we have a point of view and a perspective, we're able to come to the distillery with that and really dial it in even more. Obviously, the stuff we just distilled on Treasure Island is going into barrels now. It’ll be a while before it's ready, but that's certainly the goal."
Read more about:
Published Nov 28th 2017
By Jackie Gutierrez-Jones