from Girvan Distillery
Founded in 1999
Marketed as ‘a most unusual Gin’, Hendrick’s has set the standard within the Gin category for creating a brand story.

This quintessentially British Gin was created in Scotland in 1999 by a Scotch Whiskey distiller, who (as the story goes) was eating cucumber sandwiches in a rose garden and was suddenly struck by how well the flavors would combine, and set to work creating a new Gin.

The Victorian quirkiness which has become Hendrick’s signature is even apparent in its bottle, which wouldn’t look out of place on an apothecary shelf.

In addition to the rose and cucumber (which are both added post-distillation for a lighter flavour), Hendrick’s also contains elderflower, chamomile and yarrow, as well as more traditional botanicals such as coriander, cubeb berries, citrus peels and angelica root. This floral Gin is light on the juniper and should of course be garnished with cucumber slices.

The Flavor Spiral™ shows the most common flavours that you'll taste in Hendrick's Gin gin and gives you a chance to have a taste of it before actually tasting it. 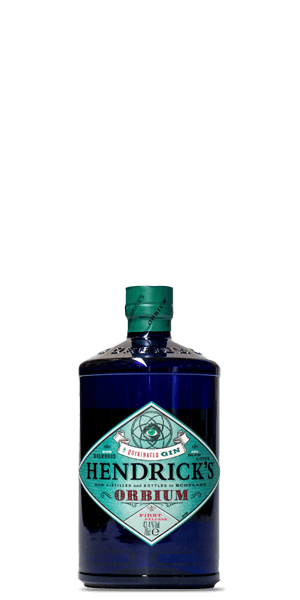