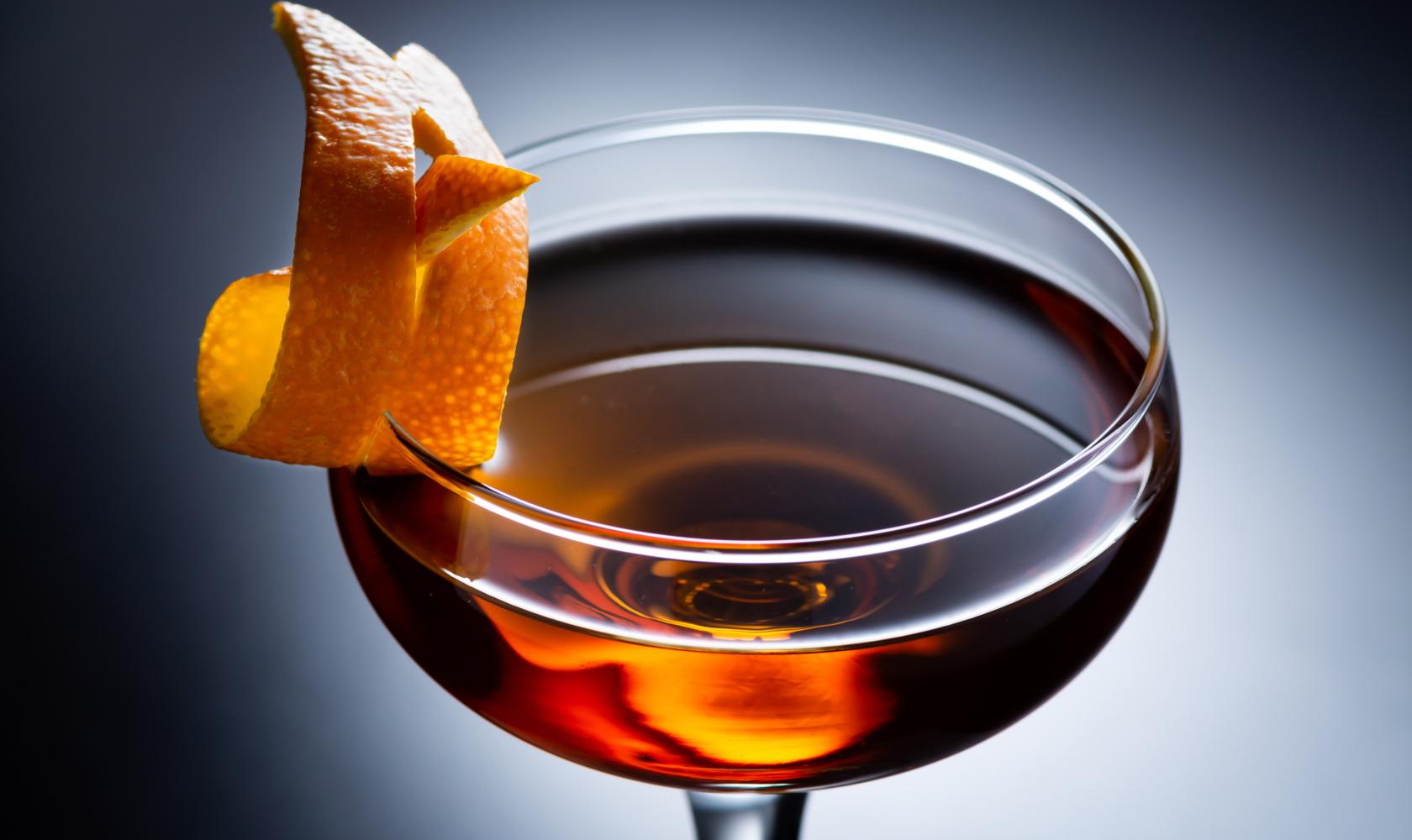 When you’re scuttling home with shoulders hunched, hoping to beat the sudden drop of night; when you’re kicking through the fallen leaves, brown and crackly and drifted thick by the chill north wind; when you’re pocketing your hands and trying to remember where you kept your woolen hat—that’s when it’s time to break out the Scotch cocktails.

Okay, that’s probably laying it on a little thick. Or a lot thick. But it’s true that by the time December drags around the days are cold and short and we’re just trying to make it to the holidays.

Fortunately, those days are not too short for a cocktail. Yet while it may not be the time of year when you’re going to reach for a frosty Daiquiri or a G & T, neither is it so deep-down cold that the only thing indicated is boiling water and rum and all that Hot-Toddy business. Still, you need something with a little substance to it; a little insulating power. An intense rye or a chewy bourbon, a rich Jamaican rum, a Cognac, like that. Or, of course, Scotch—I mean, if you’re not going to consider a Scotch cocktail now, then when?

I’m not naïve about this: I know some of you are thinking “Never. Never would be good.” It’s true, there’s something about Scotch whisky that makes it an awkward component of most mixes. A square-peg quality that makes it hard to bang into the round hole of the shaker. But Scotch Sours can be delightful, a Scotch Sazerac is a neat trick if you’re not too bound by tradition, and Scotch Old-Fashioneds fueled the officers of the U.S. Pacific Fleet to victory in World War II, and I’m not going to argue with those guys.

But, of course, if you had to pick one Scotch cocktail to stand for the category (something that most drink books have no problem doing), it would be the mighty Rob Roy. Sure, this 1890s creation is essentially nothing more than a Scotch Manhattan, but besides being the most famous Scotch cocktail, it’s also the most solid, and a fine drink to have at hand in sweater weather.

I’m not going to suggest a Rob Roy, though. I’m going to suggest a simple variation on it, just because it’s nice to have something a little bit different every now and then and people don’t make enough Rob Roy variations. This one replaces the sweet, red vermouth with the less-sweet style of white vermouth known in Italian as “bianco” and in French as “blanc” (as distinguished from the “Dry” style, which goes into the Dry Martini; you don’t want that anywhere near Scotch—they fight). That gives you a little room to add a splash of herbal liqueur and still have a drink that avoids stickiness. If you use the Italian Strega, or (if you don’t have that) the French yellow Chartreuse, with a similar profile, the result is a little more spicy than a Rob Roy and a little less Scotchy. My wife likes it, and Karen really doesn’t care for Scotch cocktails of any kind, not even the Rob Roy itself.

A drink needs a name, in this case probably something autumnal and Italian. The “Vallombrosa” (“Shady Valley”) suggests itself, after the place in Tuscany where—according to John Milton, anyway—the leaves in fall lie as thick and numerous as the legions of the damned. With the smoky Scotch and the Strega, which means “witch” in Italian, that seems appropriate.

Add all of the ingredients to a mixing glass and fill with ice. Stir, and strain into a chilled cocktail glass. Twist a thin-cut swatch of orange peel over the top and discard.