Distillery
Founded in 2000
Zufanek Distillery was founded in 2000 with the aim of producing high-quality plum brandy called Slivovitz, made with fruit from the Zufanek family’s orchards. Located in the Czech Republic, the distillery produces completely natural products, all on one site.

The fruit is picked, macerated and mashed, distilled, bottled and labeled all under one roof. In 2002, Zufanek Slivovitz was launched, followed by a cherry Liqueur, a walnut Liqueur, and a Mead. In 2004, the distillery gained its first bottling line, and a subsequent line-up of flavored Liqueurs and even an Absinthe followed.

During this time, the company produced its Spirits using one 300 liter still, but in 2011, they bought a second. In 2013, Zufanek launched OMG Gin, it’s first. In 2015, the distillery underwent a huge expansion and bought two new top of the range stills; doubling its production capacity.

The Flavor Spiral™ shows the most common flavours that you'll taste in Zufanek Gin. It's based on all Zufanek drinks in our large database and gives you a chance to taste Zufanek before actually tasting it.

Dog Dogson's
Smartass Corner
The Zufanek Distillery is home to 15 hectares of orchards, which produce the fruit, herbs and botanicals for many of its Spirits, and all the ingredients are organic.
Video from Zufanek 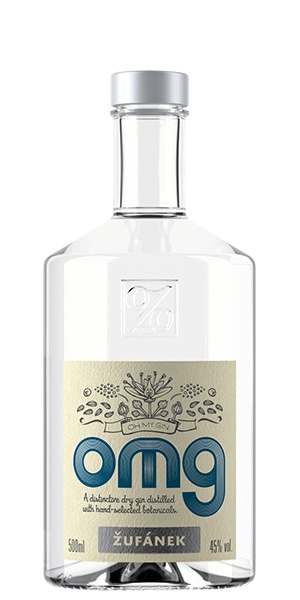