Buyer Protection
Money-back guarantee if things go wrong.
This monster Bourbon was made to teach a cocktail who’s boss.

Rare Breed Barrel Proof Bourbon was first released in 1991. Since then, there have only been 10 releases. So now you understand why it’s called “Rare Bird.” Let’s cut right to the specs. Don’t worry that there is no age statement. All the experts agree that this powerhouse Bourbon is a combination of six, eight, and twelve year old top-end product. The mash bill is 75% corn, 13% rye, and 12% malted barley. And it’s bottled at cask strength! We’ve tasted it straight up, but this monster was made to stand up to ice and a splash of water and teach it who’s boss.

The Flavor Spiral™ shows the most common flavors that you'll taste in Wild Turkey Rare Breed Barrel Proof Bourbon and gives you a chance to have a taste of it before actually tasting it.

Flavor / Taste / Palate
Served neat, it’s spicy like a a Rye. But a little water and it blooms with sweetness, orange, and tobacco. 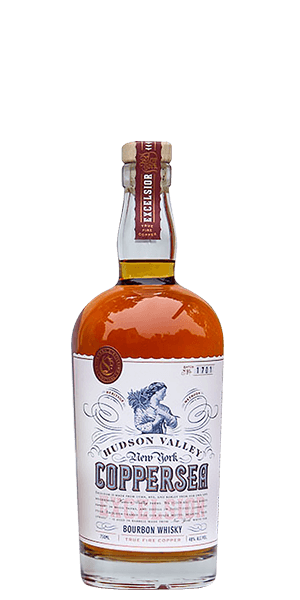 Gary, Nov 20, 2019
Straight, this was spicier than I prefer, with a strong touch of cigar on the back of the tongue. With a splash of water or an ice cube, Rare Breed mellows to a fine sipping experience. I can't wait to try it in an Old Fashioned.

Aaron, Nov 15, 2019
Extremely smooth for a 116 proof bourbon. I've never been one to discern between flavors in a drink but I know what I like and as a long time Knob Creek drinker, I LOVE THIS.

Roger, Oct 18, 2019
Complex and very enjoyable. Not as harsh neat as I expected.

Liz, Aug 8, 2019
On ice, this bourbon kicks booty. Neat, it’s very complex, but a little too oaky to be my go to neat sipper. I could drink this on the rocks very often.

Michael, Apr 3, 2019
Nice heat with all the delicious qualities; nuance of vanilla, caramel, and sweetness with a smooth finish. This is what you want in a sippin’ (neat) bourbon. Spot on!

Robert, Jan 8, 2019
As a barrel proof whiskey, this lives up to the high proof. It is strong alcohol forward, but sweet notes of vanilla and caramel to the end.

James, Dec 18, 2018
Incredible bite. Dances around your mouth like a firecracker. So intense and magical to drink neat.

Demetrius, Aug 16, 2018
Powerful but not too aggressive. Balanced caramel levels.

John, Jun 15, 2018
This is one of my favorites of all time. Smooth as your little sisters behind. A real mule kicker, with out the hangover. Been drinking this for a long time and not about to stop.

Donald, Jun 4, 2018
The other comments sum it up pretty well. complex flavors, like the smoky finish. I do like it with a little ice to open it up

Chris, May 25, 2018
Very oaky and spicy. One of the best barrel proof bourbons that is always on the shelf. I like it with a couple teaspoons of water to mellow the heat a bit. It really opens up the whiskey. Finishes long and dry.

guest, May 4, 2018
Wild Turkey Rare Breed is so smooth! My go to sipping whiskey!

guest, Apr 29, 2018
Been drinking 101 turkey for over 30 years and used to get Rare breed every year from my son in law for Christmas but the low life cheated on my daughter and now they're divorced and I have to buy my own which is still well worth it I will be a 101 and Rare Breed drinker for the rest of my life I am 72 now and I hope I have many more years of my favorite bourbon

guest, Apr 27, 2018
I am a Wild Turkey drinker, I drink 101. I also drink Barrel Proof & Hopefully I'll get a bottle of Rare Breed Barrel from my kids next month for my 54th birthday. All I drink is Turkey, Honey, 101, Barrel Proof, best tasting, just above my Vecchia Brandy.

Johnny, Apr 12, 2018
Absolutely love the profile and finish of this bourbon! Wild Turkey has always been a favorite and this one will definitely be on my bar!

Eric, Mar 21, 2018
This is absolutely fantastic. So very impressed with this product. Delicious and smooth.

Joseph, Apr 5, 2017
Excellent. Oaky and floral on the front. Perfect slight burn on the finish. This is cask strength done properly.