WhistlePig began in 2017 when a band of dedicated Rye enthusiasts transforms an old dairy farm in Vermont in to a Whiskey-making paradise. They teamed up with master distiller Dave Pickerell — formerly of Maker’s Mark — to bring genuine Rye Whiskey back to the forefront of American Whiskies. It took a lot of time, patience, experimentation, and reinvestment, but they have grown to produce five award-winning core products and have experimented with a variety of finished wood special edition Whiskeys too.

WhistlePig 15YO is the oldest spirit made by Whistle Pig so far. In a word, it’s delightful. Seriously … even the reviewers at Forbes said exactly that. If you need more convincing, Wine Enthusiast gave it 97 points — and when wine drinkers give you a score like that it’s saying something. And this exceptional Rye Whiskey celebrates its quinceañera (fifteenth year) in native, estate-grown Vermont Oak and is bottled at a spot-on perfect 46% ABV.

Smartass corner:
Why do they use Vermont Oak? Well, not only is it a local wood growing natively on the Whistle Pig Estate, but it has tighter, slower-growing rings that they believe imparts more flavor per barrel.

The Flavor Spiral™ shows the most common flavors that you'll taste in WhistlePig 15 Year Old Straight Rye Whiskey and gives you a chance to have a taste of it before actually tasting it.

Nose / Aroma / Smell
The aroma is thick on the nose with rich vanilla caramels, exotic spices, and brûléed oranges.

Flavor / Taste / Palate
Rich and creamy on the palate, it powers in with butterscotch, baking spices, and warm leather.

Finish
The finish is warm and long with lingering sweetness and bite. 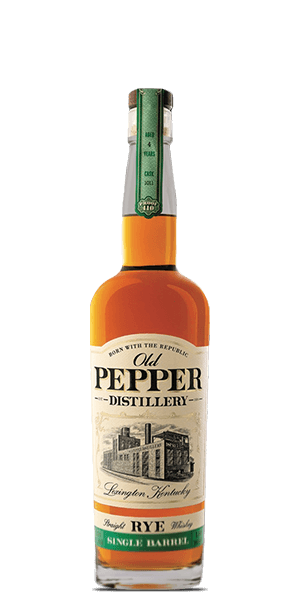 Greg, Apr 5, 2021
Absolutely fantastic rye. A bit on the expensive side.

Bradley, Feb 13, 2021
Carmel / butterscotch up front. Really nice on the nose. Smooth. I don’t like peat & leather and this was very subtle.

Richard, Jan 18, 2021
Perhaps the strongest of all ryes. Not the best though.

guest, Oct 20, 2020
WP continues to impress different expressions keeps us coming back. Butterscotch explosion followed by a combination of fruit and vanilla and hits of baking spices

guest, Aug 18, 2020
Good, but slightly disappointing when compared to a half-priced 12-year one.

Paul, Jul 29, 2020
Best bottle on my shelf. Smooth finish with a little sweetness at the end.

Corey, Jul 17, 2020
Remarkably smooth with a wonderful understated, yet spicy flavor. Great for a special pour.

Ben, Jul 9, 2020
This is something special. Incredibly smooth, mild, but still a lot of flavor, just the right amount of oak and interesting buttery nature to it. So good

Brendan, May 20, 2020
Amazing aged rye with delicious woody spice. Although at its price point, I think I’d prefer to buy two bottles of Whistlepig Old World.

Ryan, May 31, 2019
I liked this, but at the price point not something I would reach for. Certainly a lot of spice and an oakiness befitting it’s age. Lingering pleasant warmth. Happy to have tried it, but will try something else next time.

Aaron, Apr 10, 2019
I love what whistle pig does. Have had many different bottlings and have loved the uniqueness to each one. If you like rye, must stop here and give it a try

Brandon, Apr 1, 2019
I love it, smooth tried it for the first time in Vegas and after that it was a must have at home!

David, Mar 16, 2019
An excellent Rye, smooth and flavorful! Great for relaxing after a long days work!

Michael, Nov 4, 2018
Had this at a tasting in NH, very very good, good amount of spice yet still very smooth, a little pricey but is worth it

Robyn, Oct 9, 2018
I am not a Rye Whiskey drinker, but I did find this bottle quite good. It was very smooth, and I would definitely share with other Whiskey lovers.
Load more reviews