Waterford Organic Gaia 1.1 is the first release in their new Arcadian Series. It is the first Irish Whisky certified organic by the Organic Trust. And that commitment begins on the farm with six local farmers providing the barley. Organic farming has a lower yield, but allows the terroir to be present in the Spirit. The barley is malted on site, fermented and distilled in their new copper-pot facility. Then the Spirit is aged in 42% first-fill Bourbon casks, 17% virgin American oak, 18% Vin Doux Naturel Wine casks, and 23% French oak for three years, nine months, and twenty days. The combination is astounding on the palate at 50% ABV with no additives nor chill-filtration.

Smartass Corner:
"Gaia" is the name for the "Mother Earth Goddess" in Greek Mythology. This makes it a spot-on name for an organic Whiskey, don’t you think?

The Flavor Spiral™ shows the most common flavors that you'll taste in Waterford Organic Gaia 1.1 and gives you a chance to have a taste of it before actually tasting it.

Nose / Aroma / Smell
The aroma is filled with the scents of the fields — warm grain notes underpin honey, orange zest, vanilla, and heather.

Flavor / Taste / Palate
The mouth-feel is rich with plenty of natural oak and baking spices over chewy granola, apricot, marmalade, and tart pear.

Finish
The finish is drying, warm and slightly sweet. 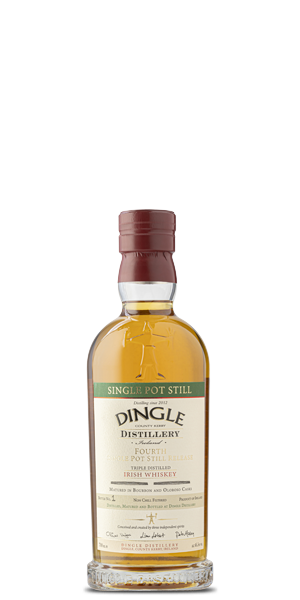