Florence Vinger knows her way around the City of Angels and Hollywood, and like any self-respecting Angelino, she’s passionate about healthy living. She also loves tasty cocktails, but she felt no Spirit out there was good enough for fit and beautiful folks of L.A. So, she created one herself. Working on it for four years, tinkering and experimenting, she created Ving Vodka – the smoothest, the cleanest, and the most top-notch Vodka around. Flo says it’s all about feeling good, laughing and taking care of yourself and the planet. Why drink bad Vodka, right?

Ving Farm Fresh Vodka is perfect for fun-lovin’ yoga pants-wearin’ people, since it’s organic, gluten-free, low-calorie, vegan and paleo-friendly. Ving Vodka is infused with kale, lemon peel and cucumber, which were all hand-picked. And it was made in California! The Vodka smells fantastic and it’s refreshing AF, which means you can also use it as a perfume (don’t, though). Your fancy cocktails will taste great but do try it neat. Who said you can’t have a strong drink with your strong asana?

The Flavor Spiral™ shows the most common flavors that you'll taste in Ving Kale, Lemon Peel & Cucumber Vodka and gives you a chance to have a taste of it before actually tasting it. 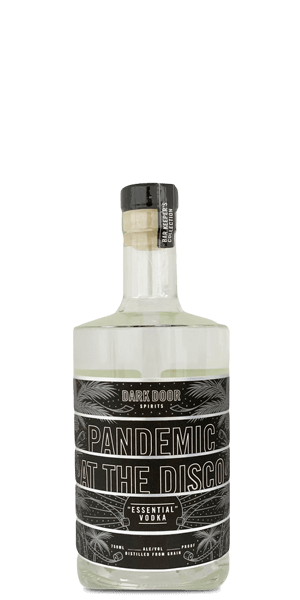 Ty, Apr 5, 2021
I had two different experiences based on how I prepared my drink. The first few I made martini's (dirty with olives). The remaining with vermouth only (no olives or brine). Very different impressions. My recommendation is to drink straight as the additives over-accentuate the kale. Now that I know this, I wouldn't exclude this from my home bar.

Jana, Feb 4, 2021
Felt the Kale was too strong and that's all I could taste. Had such high hopes but this vodka just wasn't for me.

Angela, Apr 30, 2020
Very delicious vodka! I've never tasted anything like it. Greatest thing about this other than taste, is that I didn't get the red face glow I normally get when drinking any type of alcohol! That is such an amazing feeling!

Florence, Mar 16, 2020
Wow, wow, wow! This is the most unique and absolutely delicious vodka I've ever tasted. Awesome gift and I"m always going to have Ving Kale, Lemon, Cucumber in the house and recommend it to my friends. It's like a spiked spa water. So refreshing. Great conversation starter too. Love this on the rocks with a splash of soda water, with ginger beer and in a Bloody Mary.

Jenna, Dec 16, 2020
I ordered this & haven't received it yet, but was curious what cocktails I should make with it. Thank you for the recommendations!