If we set out to find the oldest brewing and distilling spot in Scotland, Tullibardine would definitely be in the running. Back in the 15th century, King James IV—a young, strapping lad—made a stop at the local brewery here on the way to his coronation. Heck, wouldn't you? This is recorded as the first "official" purchase of beer in kingdom (though we think it's fair to say that there were quite a few "unofficial" purchases being made at the time). The name Tullibardine means "vantage point" in Gaelic and originates from a little medieval chapel, set up in 1446 near the distillery.

The old brewery was transformed into a distillery back in about 1946 and has become a solid maker of single malt Whisky. They produce their signature Whisky, several finished "double-wood" Whiskies, and some older limited editions.

We’ve mentioned Tullibardine’s interesting naming system for their finished wood Scotch Whiskies before. They call their standard single-malt Sovereign and is a marriage of young and older Whiskies. The finished wood products are aged one more year is various barrels types and named for the size of the finishing barrel. Tullibardine 225 Sauternes Finish is so-called because the Sauternes Wine casks are traditionally 225 liters in size. It’s kind of like numbering a car model after its engine size.

Sauternes Wines are sweeter and more dense than their Bordeaux cousins. The net effect is like aging your Whisky in a cross between a Tawny Port cask and a young Sherry cask. The full-bodied spirit that emerges is bright, light, and refreshing with a pretty pale gold hue and a rich citrus and pineapple flair that is just girl-next-door perfect.

This dram was awarded 95 points in the Ultimate Spirits Challenge and a Silver Medal from the International Wine and Spirits Competition … just say’in.

Sauternes Wine—like most great discoveries—happened by accident. There is a mysterious fungus—Botrytis cinerea, noble rot—that every once in a while infects a bit of the Sauvignon blanc grape harvest. It makes the grapes grow shriveled and small. The snobby winemakers used to throw the infected grapes away. But some enterprising folks discovered that it actually made a densely sweeter wine. Now these special grapes can be very expensive.

The Flavor Spiral™ shows the most common flavors that you'll taste in Tullibardine 225 Sauternes Finish Scotch and gives you a chance to have a taste of it before actually tasting it. 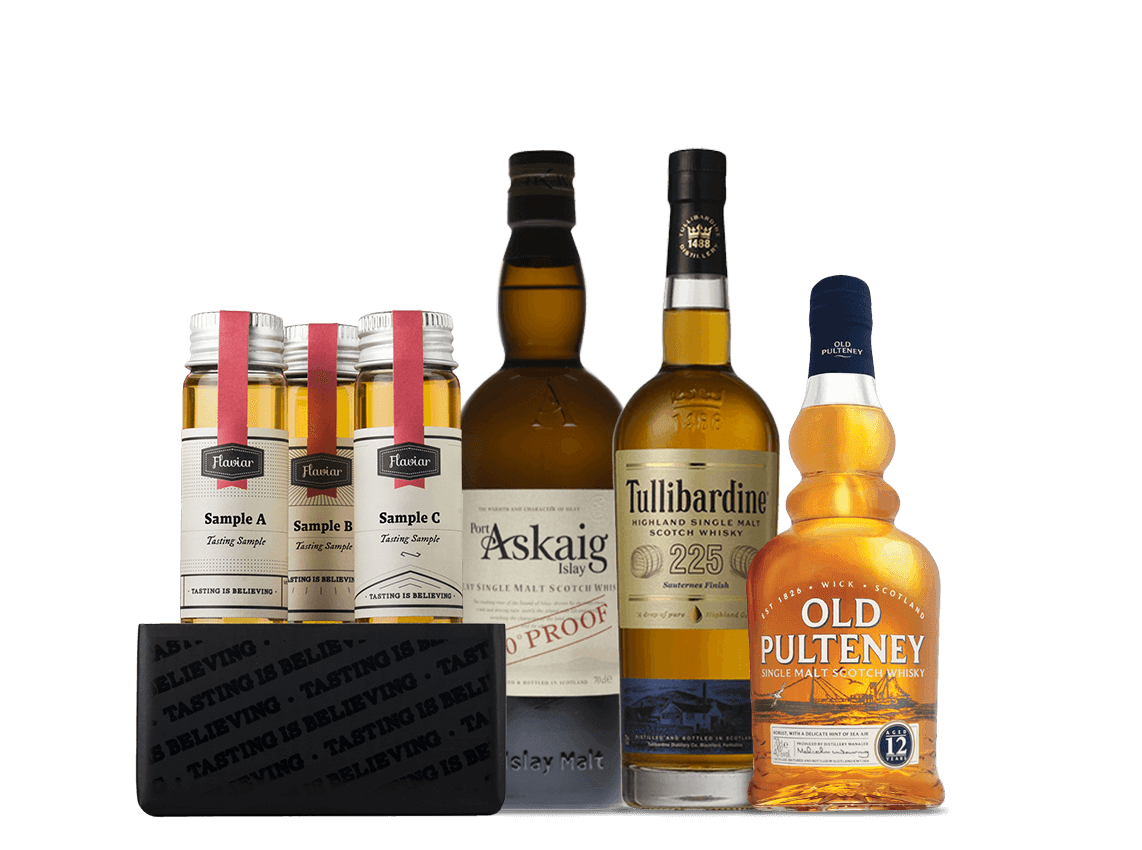 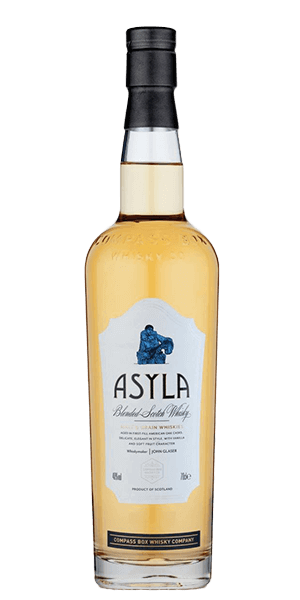 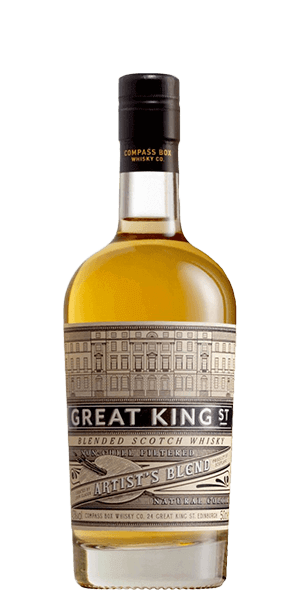 Steve, Nov 15, 2019
Love the combination of citrus and spice, yet still a smooth and sweet finish. Not too harsh, one of my favorites actually. Pleasantly surprised with this being included in my tasting box!!!

Aaron, Nov 12, 2019
Somewhat boring; but what a speecyspicy kick to finish

richard, Nov 2, 2019
Citrusy and a bit spicy with a long sweet finish. Smooth on the tongue. Nice vial in my tasting box

Scott, Oct 29, 2019
Starts off fairly unimpressive but really enjoyed the finish a lot.

Eric, Oct 8, 2019
Sweet flavor on the start, otherwise unique the rest of the way.

James, Sep 19, 2019
Odd bouquet not very appetizing, but light and fruity taste is nice. Very smooth finish, no bite to it. This is the girl who’s not much to look at, but has a good personality and isn’t annoying. Would drink, wouldn’t buy.

Brian, Aug 6, 2019
Deep tastes of dark fruit. Sweet but not overwhelmingly so. It has a gentle heat with a lingering peppery finish.

Michael, Jun 22, 2019
This is an interesting scotch. It's enjoyable even though I typically go for more smoky scotch. It's very different from what I'm used to, but I can see the appeal. There's a powerful vanilla cream smell and a buttery smooth taste. It seems like a holiday season drink to me. After a while, the vanilla smell gets a little overwhelming and I've had enough, so I can't give it a higher rating.

Jasson, May 27, 2019
I've tasted many, and hated almost none...but I have to say I'm not a fan of this one. At the risk of sounding less than eloquent, this has a funky taste. It's weird on the nose, weird on the palette, and weird on the finish. I've never rated a scotch less than 5, and I gave this one a 6. It's just a bit bizarre. Everything you tend to love about scotch is turned a bit sideways with this expression.

Leo, Mar 22, 2019
I am a huge fan of the peaty smoky scotches but when I tasted this Sauternes finished single malt it was time to cheat on the peat.

John, Feb 27, 2019
I'm torn. I like the grape and orange tones, the fruitiness is good, a little peat? in it? Also a bit of a bite at the end, still mulling this one over. May have to have another glass or two. Still doesn't equal Auchentoshan in my book but a good second.

JOE, Apr 14, 2018
MY #1. AN ABOVE TOP SHELF SCOTCH. THE SPICED ORANGE PUT THIS OVER THE TOP. THE FINISH IS SMOOTH , SWEET AND A LITTLE SPICE. I ALWAYS TRY TO KEEP A FEW EXTRA BOTTLES ON HAND.

Gee, Mar 13, 2018
Obvious comparison to Glenmorangie Nectar d'Or, this is a little less sweet, but also has less of the fruitiness of the Sauternes cask as well. Still, a great after dinner scotch.

Trygve, Nov 6, 2017
An interesting diversion, I occasionally, I like a Port barrel aged Scotch, This was a lighter alternative to that. The slightly lighter/sweeter finish of this Scotch is refreshing, which is not a word typically associated with a Scotch.

guest, Jan 25, 2016
was under the impression that Tullibardine distillery was mothballed. Anyone know when it re-opened? Fell in love with the brand back in mid nineties, and am sure this will be well worth the wait.

Martin, Jan 22, 2016
I think, that for one gratis bottle, I'd give it a truly rave and glorious review.
Load more reviews