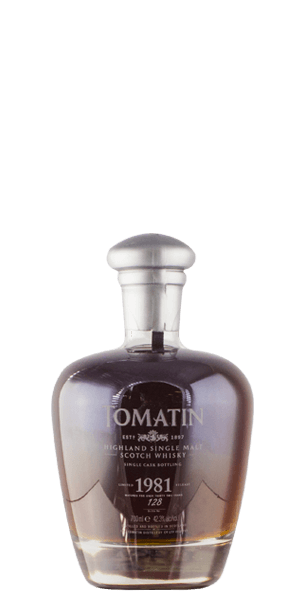 Ignore what you’ve been told. Size matters. At least, that’s the case with Tomatin—built at the end of the 19th century, it’s one of the biggest Highland distilleries out there. During the 1980's Whisky crisis, it had to close its doors, but don’t worry—there’s a happy ending. The Japanese bought them and re-opened its epic doors.

Distilled back in 1981, this golden drop was put in a Olloroso Sherry cask and left to soak up all the flavors until May 2014 (!). Presented in a sleek, elegant bottle, this Highlander is something that every Whisky buff wants on their shelves.

The Flavor Spiral™ shows the most common flavors that you'll taste in Tomatin 32 Year Old 1981 Single Cask no. 001 and gives you a chance to have a taste of it before actually tasting it.