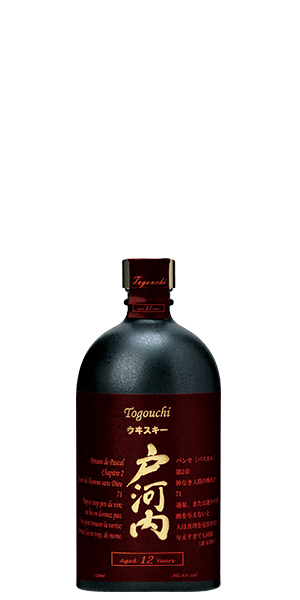 It tastes like a Canadian Mountie and a Glasgow girl met at a distant train station for a kiss.

Chugoku Jozo started in 1918 as a distributor of Sake and traditional Japanese liquors. They specialized in all the stuff that happens after distillation, meaning that they purchased raw, young spirit from distillers and then mixed, aged, bottled, and distributed it for themselves. By 1963 they were ready to start brewing their own Sake and released the first finished, aged product in 1967. Today they curate, produce, age, and package a variety of Sakes, Wines, and Whiskies under several brands, including Togouchi.

The Togouchi line of Whiskies gets it’s name from the town in which it is aged — or more specifically, the unused train station tunnel that has been repurposed into a Whisky aging warehouse. Togouchi 12 Year Old is a blended Whisky of approximately 40% Scottish Single Malt and 60% grain spirit from Canada that has slept in that abandoned train tunnel for a dozen years. So the spirit flowed from Canada and Scotland, but it was born and raised in Japan.

The Flavor Spiral™ shows the most common flavors that you'll taste in Togouchi 12 Year Old and gives you a chance to have a taste of it before actually tasting it.

Flavor / Taste / Palate
Apples and pears all day, with citrus zest and all spice.

Finish
Gentle, with more citrus tang and a whiff of vanilla at the end. 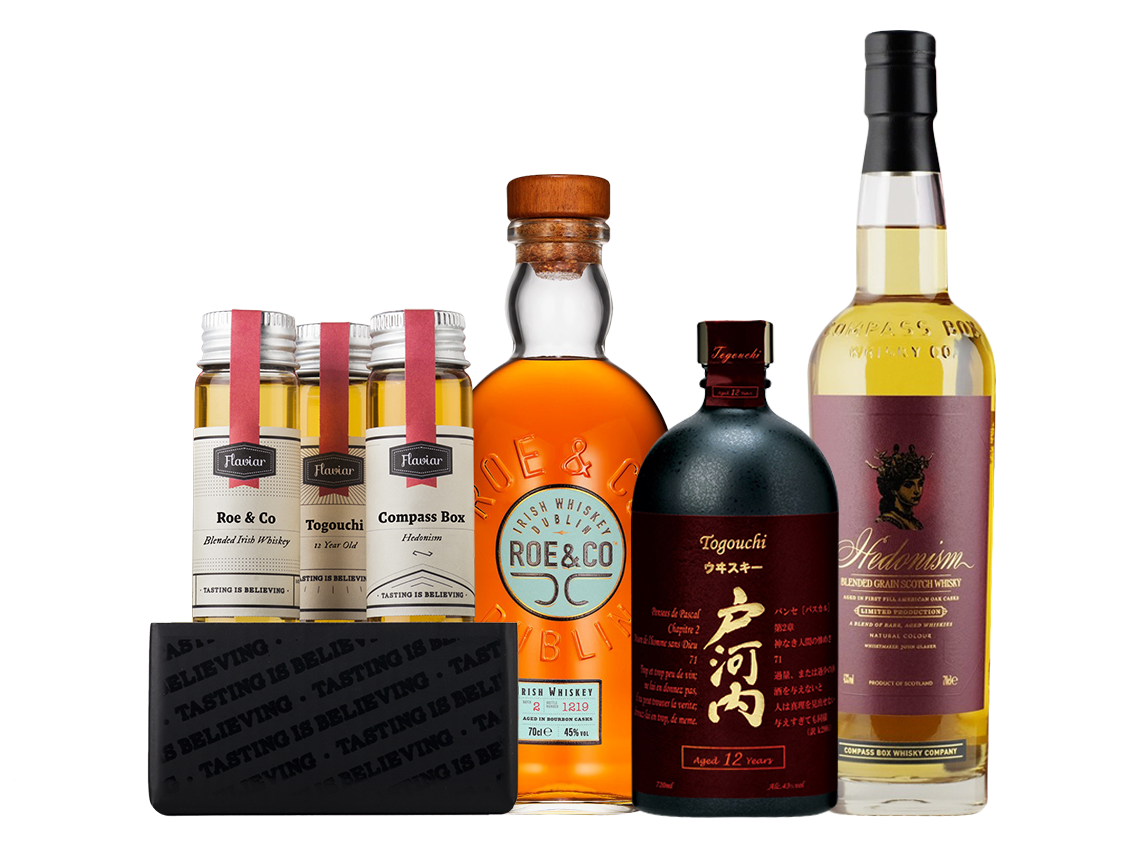 Blended, Not Stirred Vol.2
Blends from around the World
Whisk(e)y
7.9/10 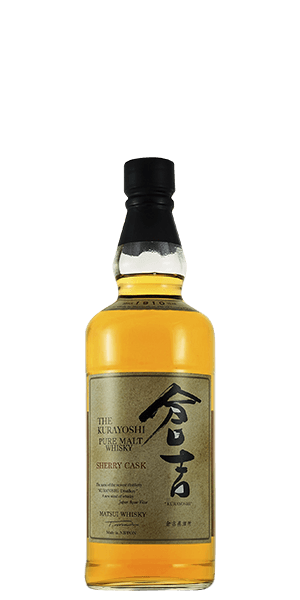 Scott, Jun 14, 2018
The flavor is there but perhaps overpowered by smoke.

Tony, Mar 4, 2018
A little bit of an upfront bite but overall a very smooth whiskey. Definitely worth having around.

Mathew, Feb 13, 2018
Medicinal. Overpowering spicy oakiness. Like a Japanese Johnnie Walker Red. Maybe it would be better in a cocktail?

Michael, Feb 8, 2018
I tasted buttery notes on the front with a smooth taste of fruit and a fine finish - this is worth a bottle.

Chad, Feb 2, 2018
Tastes very smoky. Took too long to get to the other flavors. I probably won’t drink it again. It’s not horrible, just not my type.

Barry, Nov 12, 2017
Great blend of peat and fruit... nice sweet up front without any dishonorable back end. Very good overall

Vic, Sep 16, 2017
Nice scotch! Usually not big on scotch but this was a refreshing surprise. Definitely a good choice to fill out your bar.

Vicky, Sep 2, 2017
Distinctly fresh with sharp high notes and a hint of peat. A good way to change things up and wake up the taste buds.

Logan, Jul 19, 2017
I was expecting loads of smoke, and although it does come through as a key player, it is much more balanced than I was expecting. A great choice for someone that likes the smokiness, but also doesn't want to get punched in the face by it.

Samuel, Apr 21, 2017
The Togouchi is a great example of all the things I like about Japanese whiskeys, and with a really nice finish.
Load more reviews