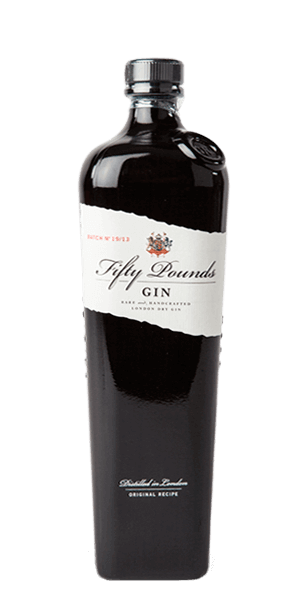 Buyer Protection
Money-back guarantee if things go wrong.
50 Pounds is the Boston Tea Party of London Gin — named after a tax, a bit rebellious against authority, and true to the spirit of the country where it was born.

In the early 1700’s, William of Orange prohibited the importation of all alcoholic beverages into England. I’ll never understand why governments do things like that, it never works, right? As you might expect, the good, drink-loving folks in jolly-old England responded just like Americans did  200 years later. They made "Bathtub Gin"… a lot of it!  So naturally, the British government thought the solution was more regulations and taxes. They imposed a special tax of £50 on anyone who wanted to distill or sell Gin.

Predictably, the Gin industry collapsed and the people were collectively more sad. Anyway, that’s where the name came from. The founders of 50 Pounds London Gin named their little craft distillery after that tax in a wry British mockery of the effort.

This is a proper Gin. The good people of 50 Pounds London Gin are standing up saying, "Wot? You think you fancy-dandy blokes can make Gin better by adding bubble gum and celebrity endorsements? Pish-Posh!" OK, they didn’t REALLY say it like that, but that’s what their Gin says, loud and clear. It is distilled from grain spirits and infused with a classic "perfect" recipe hidden from authorities more than a century ago.

Juniper berries, a nice blend of citrus, some licorice, grains of paradise, coriander, angelica, savory, a bit of lavender, and a whole lot of love — that’s what you get in every bottle and that’s just fine with me. That’s their story and they are sticking to it. Cheers!

The Flavor Spiral™ shows the most common flavors that you'll taste in Fifty Pounds London Dry gin and gives you a chance to have a taste of it before actually tasting it.

Nose/ Aroma / Smell
Citrus and juniper… like it is supposed to be.

Flavor / Taste / Palate
Juniper forward, a hint of sweet and citrus and angelica opens up.

Finish
Anise with a dry finish. 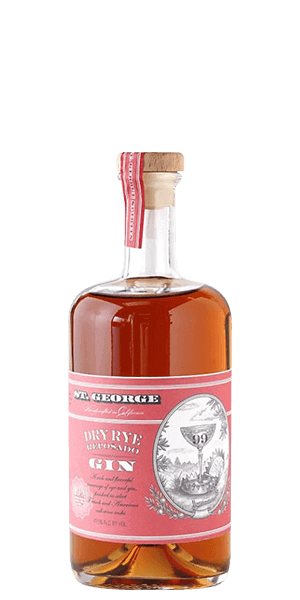 Kathryn, Apr 9, 2019
Thought this was good, very clean. But I wanted a bit more herbal character.

Thomas, Nov 12, 2018
This is currently my favorite gin. When I re-ordered I ordered multiple bottles as the first one disappeared so quickly.

Justin, Sep 25, 2018
We really enjoy this gin. It is smooth enough (for me) to drink on the rocks and it makes a wonderful G&T. I would prefer to smell more juniper just because I love that fragrance, but it's there. This gin is dangerously smooth. It will stay in our line up. Thanks to the folks who commented before and edged me to order this gin!

Robert, May 22, 2018
Very enjoyable. I made my Wife a Gin Tonic, her response was, Wow. The taste was so classy. We'll order this again.

Jeff, Apr 10, 2018
One of the best Gins. Definitely has a great flavor. Very pronounced notes, not boring or flat like most Gins. Perfect neat or with an ice cube.

Patricia, Feb 21, 2018
Not an expert, but could definitely tell the different between this and other mainstream gins. Excellent spice, and citrus. Can mix it or drink it straight.