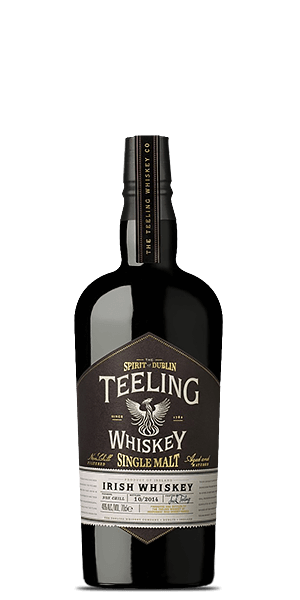 Jack and Stephen Teeling founded the Teeling Distillery in 2015 in The Liberties section of Dublin. Their father John built the Cooley Distillery in County Louth thirty years earlier, and their great-great grandfather Walter Teeling had built a distillery two hundred years before that. So to say that Irish Whiskey is in the blood is to understate things a bit. And all that family experience has not gone to waste — their Whiskeys are all highly rated and even after only two years they export their line of seven Irish Spirits to 55 countries.

If three-leaf clovers are average and four-leaf clovers are lucky, then Teeling Single Malt is the five-leaf clover of Irish Whiskeys. That’s because this little gem is a vatted mix of their triple-distilled single malt Whiskey aged in five different Wine cask types: Sherry, Port Madeira, White Burgundy, and Cabernet Sauvignon. And the blokes at Teeling want you to be able to taste it properly too, so they bottle this Irish Spirit at 46% ABV without any chill filtration. That’s why it was voted "Best Irish Single Malt" at the 2017 World Whiskies Awards and why all the other drams are green with envy.

The Flavor Spiral™ shows the most common flavors that you'll taste in Teeling Single Malt Irish Whiskey and gives you a chance to have a taste of it before actually tasting it. 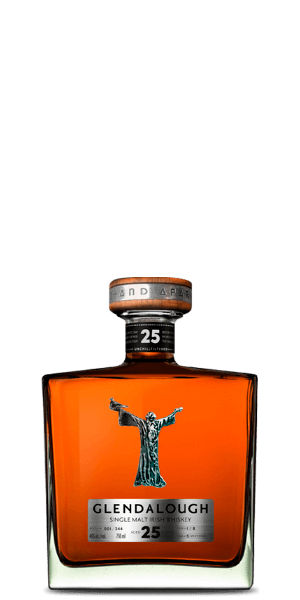 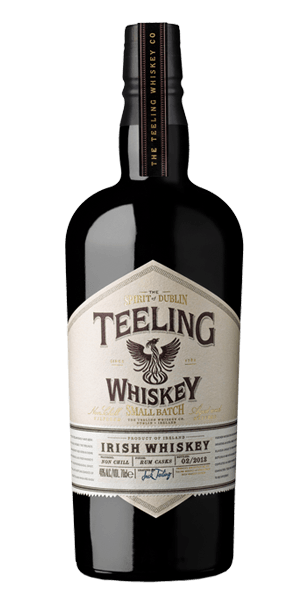 Kathleen, Jul 25, 2020
Very much liked, it was very smooth and a hint of vanilla which I enjoy

Michael, Jun 19, 2020
Better than the Small Batch but not where it should be. Great wine influence and not a bad whiskey at all. Quite dry finish with a lingering aftertaste.

Keegan, Jun 10, 2020
By far one of my favorites. Had this from the Distillery in Dublin Ireland and have loved it since.

Richard, May 28, 2020
Extremely flavorful. One of my favorite Irish Whiskies for sure.

Antonio, May 26, 2020
Taste to much like Scotch for me, I guess I'm used to the sweeter tasting other Irish Wiskeys

Thomas, May 20, 2020
I had no idea that there was single malt Irish whisky. This was very smooth and excellent tasting.

Matthew, May 10, 2020
Much better than Small Batch, not quite as good as Single Grain. An excellent malted barley similar to Scotch for sipping neat or on the rocks.

Matthew, May 10, 2020
Much better than Small Batch, not quite as good as Single Grain. An excellent malted barley similar to Scotch for sipping neat or on the rocks.

Darrell, Apr 28, 2020
Too bright, did not have a smooth finish nor a nice after taste

Steve, Nov 10, 2019
Not my favorite, too harsh to drink straight or on the rocks, much better with ginger ale.

Connor, Nov 9, 2019
Everything. As a beer brewer, the malts that go into this whiskey are fantastic! Great aroma, incredible flavor, heavenly drink.

Rick, Jun 5, 2019
I enjoy all Teeling products I've tried. This one has become an absolute favorite. It is so very smooth with incredible flavor. So glad this has landed in my home bar!

Brendan, Mar 12, 2019
My go to!! A little spice with a back end of caramel. An excellent Irish Whiskey

Tim, Jan 6, 2019
A delightful whiskey. This is an orange creamsicle in a park on a sunny day. It’s approachable and friendly but not at all boring. An occasional hint of anise? Maybe? Maybe not? Light and springy with a sweet center. Nothing at all to complain about. Cheers

Geoff, Oct 12, 2018
Extremely smooth and easy to drink. For an Irish whiskey, this is one of the most well rounded without losing that Irish character.

Gordon, Jan 9, 2018
found this quite drinkable & typical Irish without adverse after taste. Must have been good, all gone.

guest, Nov 12, 2016
Too sharp for irish whiskey! Tastes better when alc-level braught down to 35% with a bit water!
Load more reviews