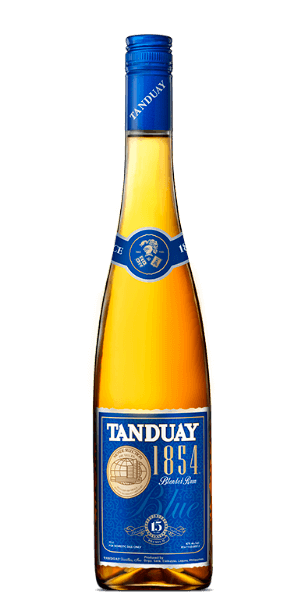 A step up in Rum celebrating one-hundred and fifty years of Rum production.

The term "sesquicentennial" refers to a 150th anniversary. Tanduay 1854 was released to celebrate the 150th anniversary of Rum production at Tanduay. It immediately started wining awards — eight of them so far — and became very popular, so this blend of premium aged Tanduay was added to the core line-up the following year.

Smartass Corner:
Relatively unknown in the West, Tanduay is the largest Rum producer in the world, selling more than twenty million cases per year. Bacardi is #2 with seventeen million cases, and Captain Morgan is a distant third with less than twelve million cases.

The Flavor Spiral™ shows the most common flavors that you'll taste in Tanduay 1854 Rum and gives you a chance to have a taste of it before actually tasting it.

Nose / Aroma / Smell
This Rum has a perfume-like aroma of mixed exotic fruits over a faint hint of vanilla.

Finish
The finish is medium length and oily.