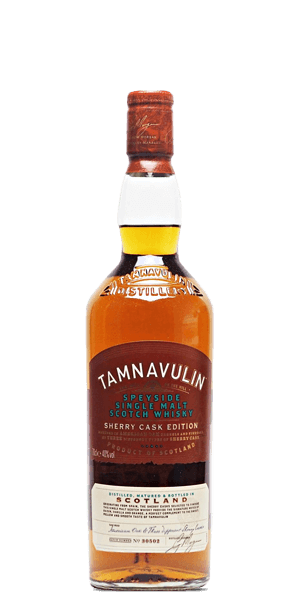 A beautifully Sherried Speysider that tastes like a dram of Christmas.

The Tamnavulin Distillery was built in 1966 to contribute to the burgeoning demand of Whisky blenders and traders across the UK. It was constructed in Speyside along the River Livet as it flows out of the Cairngorms near Glenlivet. This region is the greatest producer of Single Malt in the world. Like many of her brother and sister distilleries, Tamnavulin was bought and sold several times. It was closed temporarily in 1995. After another acquisition in 2001, a major renovation and upgrade was started. It reopened for production in 2007 and in 2016 it launched a Single Malt of its own to celebrate the fiftieth anniversary of the distillery.

Tamnavulin Sherry Cask Edition is their signature Speyside Single Malt aged first in American oak casks. Then it is finished in three different Sherry casks. And you can taste every bit of the Sherry influence here. If you are an experienced Single Malt fan, then you might think of it as a cross between a classic Macallan and Glenlivet with a headier nose. If you are newer to the world of Single Malts you’ll just call it a delicious Christmas-cake-like dram. Either way this should be on your "buy now" list.

The Flavor Spiral™ shows the most common flavors that you'll taste in Tamnavulin Sherry Cask Edition and gives you a chance to have a taste of it before actually tasting it.

Flavor / Taste / Palate
The palate is medium-bodied with notes of spice cake, figgy pudding, English toffee, baked apples, marmalade, and a wisp of mint somewhere in the background.

Finish
The finish is pleasantly long with apricot and citrus zest. 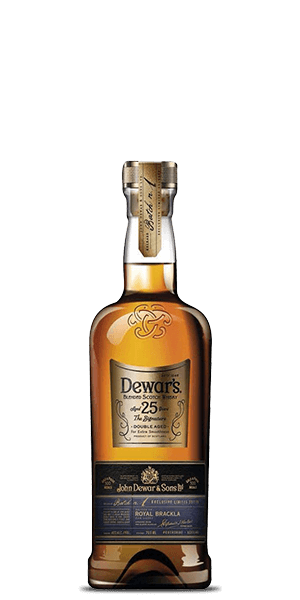 Michiel, Jan 14, 2021
This whisky has definitely seen the inside of a sherry cask. Also sweetness, vanilla, a hint of smoke, a little bit of spice. Nice, round, friendly, subtle.

Clark, Dec 11, 2020
very nice. the description is quite accurate. Christmas and gingerbread definitely comes to mind. Definitely sweet and nice. finish is quite nice, smooth and long.

guest, Nov 7, 2020
Soft on the nose, very easy to drink. Not a strong taste, would be a great casual whiskey or for someone looking to get into whiskey