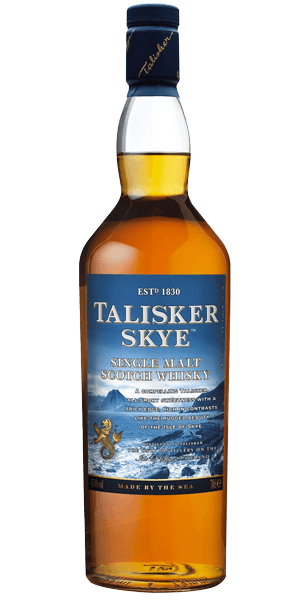 Talisker distillery was founded in 1830 by Hugh and Kenneth MacAskil at Carbost, on the the Isle of Skye. In all these years Talisker's distillation method has remained virtually the same, refusing to go with the flow of the industry, other than with the necessary health and safety improvements. As the only distillery on the Isle of Skye, Talisker's drams are quite idiosyncratic, defining an Island malt style that is their very own.

Talisker Skye, named after the island on which the distillery is situated, takes the typically heavily peated and sweet currents of Talisker and mellows them out. It was released in early 2015 and has been matured in American and toasted oak casks. While the obvious Talisker traits are still there, this is a good malt to use as an introduction to some of the distillery’s more heavily peated options.

The Flavor Spiral™ shows the most common flavors that you'll taste in Talisker Skye and gives you a chance to have a taste of it before actually tasting it.

Finish
Sweetness left from the citrus with hints of peppery spices.

Piotr, Dec 6, 2020
The bottle that brought me into the herd of whiskey-lovers. While it might not be creme de la creme among its kind, its strong notes of smoke, aromas of sea salt and cognac-like richness were how I began my journey. You never forget your first one!

Thomas, Nov 14, 2020
Just oakey/smokey taste but rather strong alcohol flavor with no subtility

Matt, Jun 20, 2020
Above average whisky I am rarely disappointed by this whisky. An enjoyable sweet smoke flavour with some spice. A good one to look out for if you want hints of smoke in a whisky before advancing to more phenolic peaty bottles.

Ben, Apr 12, 2020
Smooth with a caramely flavour. Followed with a slightly sharp but sweet, almost spicy undertone. Woody. With a bit of smokyness.

Clark, Apr 3, 2020
I like it quite a lot, my wife says more peppery than smoky, I thought smoky. We both agree is numbs the tongue, and sort of dulls the other flavors. Of course, this review is based on the fifth of five different whisky's we tasted tonight... This is the second bottle I purchased, so I liked it enough to rebuy. But, in the future I will probably buy the Caol Ila 12 year again before this one.

Matthew, Nov 28, 2019
A solid entry level scotch. Got a liter in dufree while traveling. Good value for the cost.

Romain, Aug 30, 2019
Will always work as a simple Whisky for a large family meal.

Ryan, Jun 8, 2019
A bit too much spice for my liking. It left a lingering heat at the back of my throat.

Charles, Jan 31, 2019
I was very surprised about this whisky. It is a newish range from Talisker, and although it doesn't state the age, we know it is probably between 6 and 8 years. However, for the price, it is a very well-rounded whisky, which includes the usual Talisker peaty flavour.

Renee, Oct 27, 2018
Spicy and intense. Numbs my tongue. There’s a lot of depth to the flavors including a bit of saltiness. This one benefits from a bit of water.

guest, Jul 1, 2018
A little rough around the edges, but in an enjoyable essence of the phrase. The aromatics are as forward in peat as one would expect of a decent Scotch Whisky, and there are pleasantly prominent oceanic expressions. The price was just under 40€ (in Germany) with two quality glasses packaged alongside the bottle. Not bad at all for that price. Have I had better? Simply, yes. At the same time, I would have more redeeming factors than not in a blind tasting.

Bob, Dec 28, 2016
Peaty and spicy but reasonably ok. The peatier, smokier styles are not my personal favorites.

Jeffrey, Jul 1, 2016
Very full bodied and mellow. Smokey but not too smokey.

guest, Jan 21, 2016
Did not enjoy the after taste left by the citrus this will probably sit in my cupboard for a long time

Peter, Dec 31, 2015
British Airways have it at their lounges in the UK and beyond (well, they had it in their Heathrow T5 and Toronto lounges anyway). Nose is definitely vintage Talisker. Smoky and peaty. Hints of citrus as well as noted above. I wasn't very enamoured with the taste. Not sure if its just because the bottle has been sitting out in the open or not but the taste was quite muted to what I'm used to with Talisker. If a friend has it, I'll definitely ask for a simple drop just so I can give it another go in more...controlled circumstances.
Load more reviews 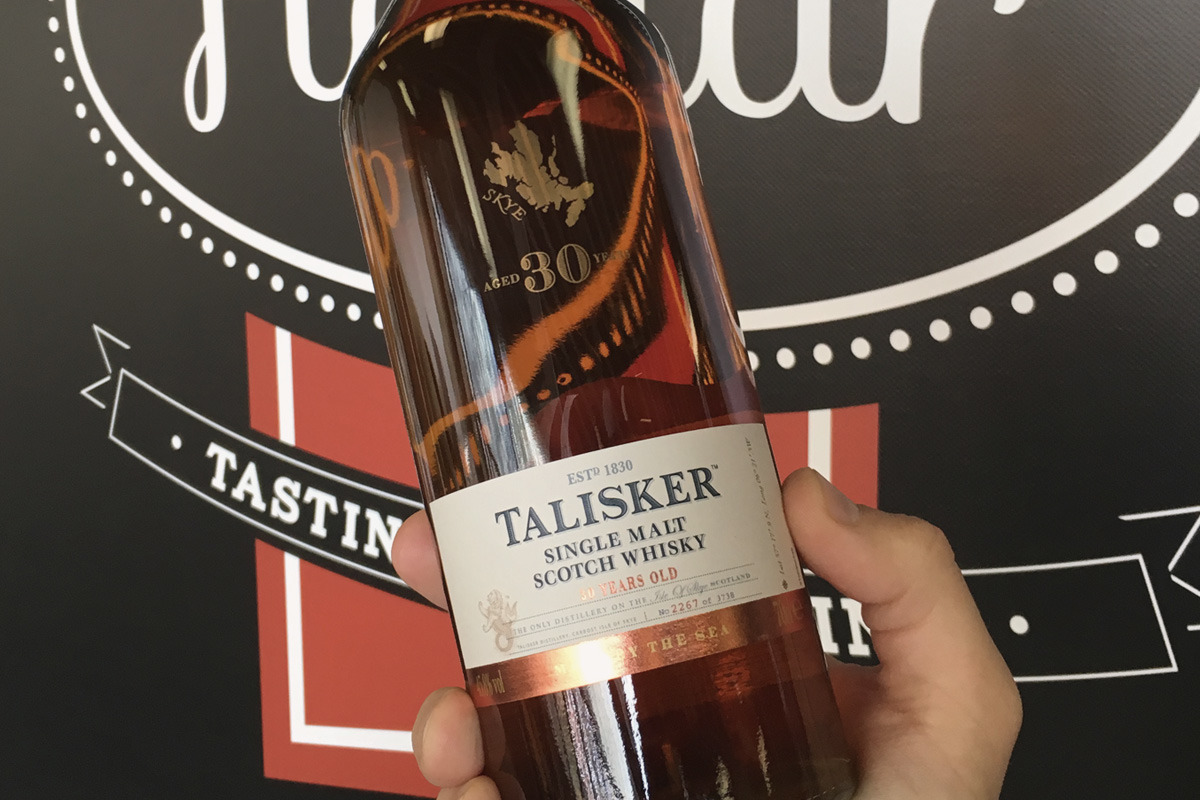