In honor of the rebels of a de facto national government of what eventually became the United States.

Hudson Valley is a fertile area in terms of gastro-culture. A richly historical, famed Wine-producing region, it is also home to a world class culinary institute. Taconic prides itself on preserving a storied Bourbon Whiskey tradition, from George and Martha Washington’s home, to the Great Estates of the Vanderbilt's, Roosevelt's and Rockefeller's, “Bourbon Whiskey has been savored for generations.”

These Taconic hippies like their Spirits non-chill filtered and unadulterated to retain the Whiskeys true nature. They distill their Whiskeys below 160 proof and age them in Coopers Select, Char #3 new oak barrels made by the Independent Stave Company.

Named after the US founding fathers, Taconic’s Rye Whiskey is aged in virgin American white oak until golden brown. They age their barrels in shipping containers, so less get set to the angels. Rye lovers will appreciate its bold, spicy flavor with a mildly sweet finish. Bottled at 90 proof, this ode to the founding fathers is terrific in cocktails, and smooth when enjoyed neat or on the rocks.

The Flavor Spiral™ shows the most common flavors that you'll taste in Taconic Founder's Rye Whiskey and gives you a chance to have a taste of it before actually tasting it.

Finish
Smooth with a hint of sweetness and ripe fruit 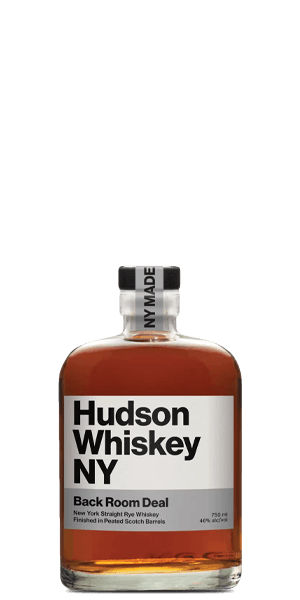