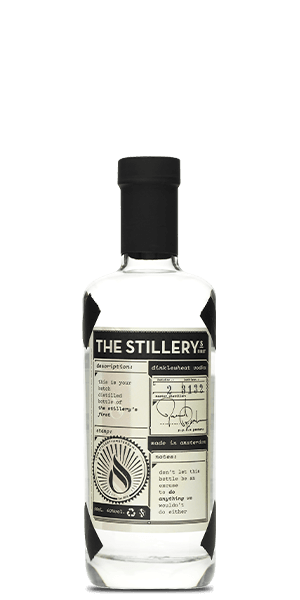 A soft, rich Vodka crafted in the Netherlands from ancient grain.

The Stillery is three men — Pascal, Robin, and Daan. Pascal started as a modern-day Dutch Moonshiner of sorts. He was literally building small pot stills in his bathtub, producing home-made Vodkas. He gave a sample to his old friend Robin and they decided their fate. Daan is a serial entrepreneur with sales experience. Together they all launched The Stillery in 2012. They built a small, craft distillery facility and a local tavern on site in the Netherlands where they produce their signature Vodka and a classic Dutch Genever.

Naturally, they named their first product "The Stillery's First." Interestingly, it’s a Vodka made from organic dinkel-wheat — an old Dutch term for spelt grain. The use of spelt delivers a clean, malty flavor with hints of white chocolate and a richer mouthfeel. And they use water naturally filtered though the dunes near the northern shore which is naturally soft on the palate.


Smartass Corner:
Spelt — also called dinkle-wheat and hulled wheat — originated as a wheat hybrid nearly ten thousand years ago. It has been cultivated as an important staple crop since the Bronze age.

The Flavor Spiral™ shows the most common flavors that you'll taste in The Stillery First Dinkelwheat Vodka and gives you a chance to have a taste of it before actually tasting it.

Nose / Aroma / Smell
The Vodka is light and fresh on the nose with notes of crème fresh.

Flavor / Taste / Palate
The flavor profile is pleasantly soft with malt, while chocolate, more cream, and the faintest hint of almond in the distance.

Finish
Perhaps the best way to describe the finish is as clean and elegant. 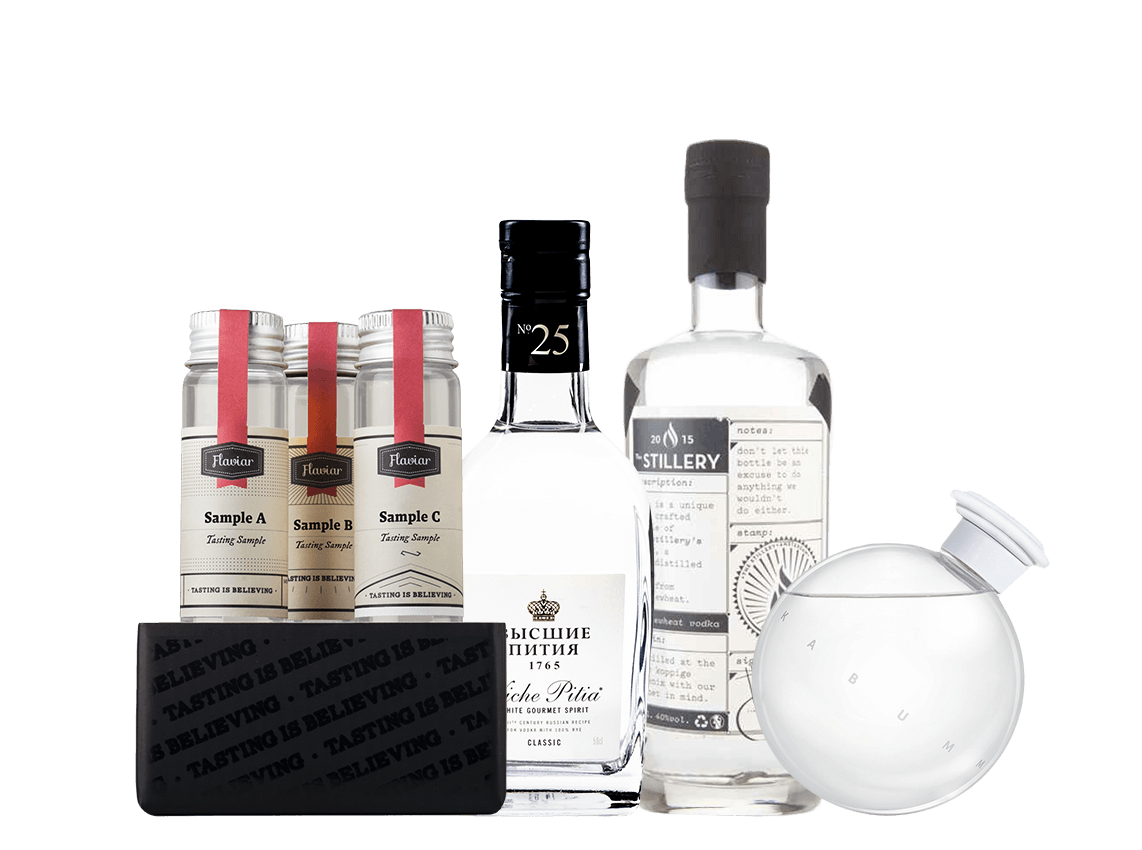 Vodka: The Master Class
The Taste of Vodka
Other Spirits
7.9/10

Kristina, Aug 27, 2020
It’s definitely chocolate heavy. It’s a bit sweet(?). While I had to force myself a little to finish it, it’s not a bad vodka; it’s just not what I’m looking for in a vodka.

Gareth, May 19, 2020
Very very good as a screwdriver as well as straight. Had the taster bottle and would definitely recommend a full size.

Thomas, Jan 10, 2020
Super smooth and soft, alsmost creamy in the mouth and as it goes down; underlying sweetness and subtle hints of malt and grain. Surprisingly complex for a vodka.

Joni, Jan 6, 2020
Fantastic vodka, sweet taste with a lot of flavour. Good as room temp, no need for freezer. I might need to get one to extend my booze collection..

Mat, Nov 18, 2019
One of the best vodkas I've had. Rich and velvety with a really distinctive white chocolate character as well as some sweet citrus notes.

Antti, May 30, 2019
It is a very good, creamy, organic dinkel-wheat, vodka with a delicate birth; while a smooth & delicate life lead to a clean & elegant death with hints of citrus, black pepper, carbon & biscuit.