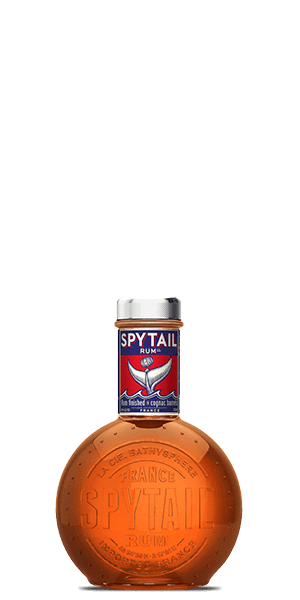 A blend of aged Rums from Trinidad and Guyana finished in Cognac casks.

Biggar and Leith is a revitalization of an 18th century Spirits business founded by the great-great-great-grandfather of the current owner — Mr. Thomas Gladstone — in Edinburgh. The current iteration of Biggar and Leith is based in New York where they manage their small portfolio of adult beverages which are produced locally and mixed and aged under contract with a distillery in Cognac, France.

The name Spytail Cognac Finished Rum tells you most of the story — following a tradition that has been followed for hundreds of years. Spytail sources aged Rum from Trinidad and Guyana. When the casks arrive on the Atlantic coast of France, they marry the two Spirits and transfer them into ex-Cognac casks for finishing, where they rest for another three to six months.

Smartass Corner:
The Spytail was one of the first mechanical submarines invented in France near the Biggar and Leith distillery partner.

The Flavor Spiral™ shows the most common flavors that you'll taste in Spytail Cognac Finished Rum and gives you a chance to have a taste of it before actually tasting it.

Flavor / Taste / Palate
The flavors are robust with notes of vanilla cream, oak, sultanas, bananas foster, and a dash of espresso.

Finish
The finish is medium-length, sweet, and warming.