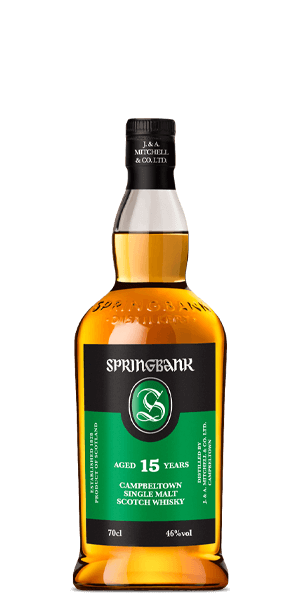 Springbank 15 could be one of the year’s most under-rated Single Malts with a spot-on, balanced complexity worth a second round.

The Springbank line of Single Malts has a very meticulous procedure. First, the malt is oh-so-lightly peated to deliver a wisp of toasted warmth and brine, and then the Spirit passes through their uniquely famous "two-and-a-half times" distillation method. Springbank 15 Year Old is this exceptional Single Malt matured for a full fifteen years in ex-Bourbon and ex-Sherry casks and bottled at a PERFECT 46% ABV with natural color and no unnecessary filtration.

Smartass Corner:
Springbank’s famous "two-and-a-half times" distillation involves normal double distillation, with a portion set aside and the remainder passed through again for a third run — thus, 2.5x. The process and amount held back is to taste at the direction of the master distiller.

The Flavor Spiral™ shows the most common flavors that you'll taste in Springbank 15 Year Old and gives you a chance to have a taste of it before actually tasting it.

Nose / Aroma / Smell
The aroma speaks to Sherry influence and proper age with notes of book leather, old hemp ropes, and a surprising amount of exotic fruits from passion fruit and mango to guava, warm toffee pudding, and sea spray.

Flavor / Taste / Palate
The flavor profile is equally complex with peach cobbler and marzipan over more leather and toffee crumble with walnuts by the seashore.

Finish
The finish seems to last forever with a sweet, creamy praline note. 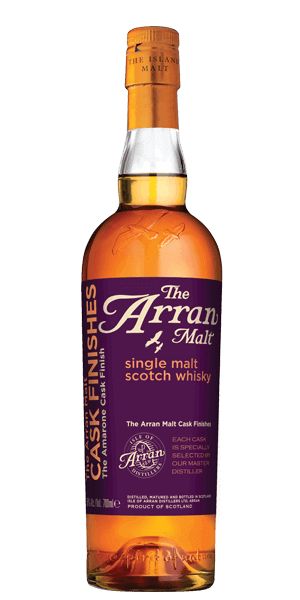 Nick, Jan 13, 2021
Many of the notes on the Flavor Spiral are right on point except I also get a lot of strawberry shortcake on the nose. Full bodied and very complex. Will not disappoint I would definitely recommend.

James, Dec 5, 2020
Highly enjoyable. Nose is apple-pear, reminiscent of a California white wine.. In the mouth, sweet fruit, oak and a hint of spice up front finishing with mild lemon salinity. Very smooth. I look forward to more in the future.

Anders, Jan 20, 2020
Had expected somewhat another experience Nose: apple or pear. Leather, then a little citrus I think. Subtle smokiness, phenols coming in. Wooden polish I think. After a while, loads of vanilla show up. Very complex Palate: very very oaky. Almost taking all attention, but also hints of hot spices. Some burning. Finish: more oak. Conclusion: very interesting nose, but taste is disappointing. I’m not even sure if this could perhaps be a faulty bottle

Don, Jul 13, 2018
I liked the fact that I was not completely overwhelmed with peat, but it was there without a doubt. Most islay whiskeys have peat as the mainstay, but this was a perfect match for those who don’t LOVE peat. Apart from that, it is dangerously smooth and easy to drink.

Piotr, Feb 24, 2018
At first delicate nose, stronger after a while. Rich taste, very light peat. Long finish... very pleasant whisky, a little too expensive. I would be extremely happy if I got it for a present ;)