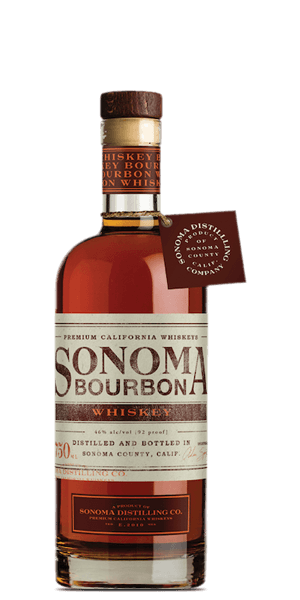 A bright, corn-forward Bourbon with and old-school character we really like.

Adam Spiegel was born and raised in the San Francisco Bay area. As a child, his family took regular trips up to Sonoma County where he was surrounded by Wine culture. As an adult, he first launched himself into a career in finance. But the Spirits — so to speak — called him. In 2008 he worked alongside a friend to distill for the first time and he was hooked. Shortly thereafter he launched Sonoma Distilling Company where he and his team produce a range of California Whiskies — a list that now include seven core products and the occasional special edition.

To create Sonoma Bourbon Whiskey, Adam has selected a mash bill of 70% California corn, 25% California wheat, and 5% Wyoming malted barley. The fermented Spirit has been distilled on his old-school alembic copper pot still using direct fire heat. And we really appreciate that it is bottled at the perfect ABV — 46%. All of that makes this a delight… a Bourbon that not only tastes hand-crafted, but IS hand-crafted.

The Flavor Spiral™ shows the most common flavors that you'll taste in Sonoma Bourbon Whiskey and gives you a chance to have a taste of it before actually tasting it.

Flavor / Taste / Palate
The palate is bright with notes of spun toffee, more Cracker Jacks, dark chocolate, and vanilla fudge… and is that a hint of smoked paprika in the distance?

Finish
The finish is brisk with a bit of heat and sweet staying on the tongue. 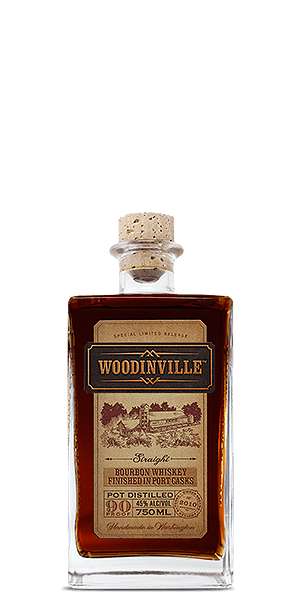 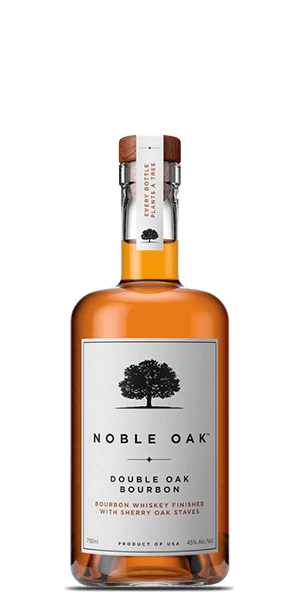 Darris, Apr 22, 2021
Was very excited to see the wheat in the mashbill since we love wheated bourbons. This one however seemed to feature the malted barley over the wheat. When drinking neat, I tasted leather, and the mouth feel was oily. Added one cube to try with ice and this thing became a scotch....I know that sounds crazy, but I swear I could taste peat....not what I want or expect from a wheated Bourbon.

SCOTT, Mar 24, 2021
I wish we could give this a zero. Assume it had an infection of some sort (I know, weird, as one wouldn’t see this with something with such a high ABV).... slick and oily mouthfeel, smelled of plastic and Play-Doh. Slightly salty in flavor with overwhelming chemical notes. My spouse and I attempted mixing this with very flavorful items - nothing could tone this down or cover its flaws. Severely disappointed - I have no hesitancy in saying this is the worst bourbon we’ve tried yet.

Ronald, Mar 8, 2021
Was easy to sip, polite taste. Would buy again except, "So much whiskey, so little time." Ron, Stratham, NH

Kyle, Mar 2, 2021
This was actually one of the worst bourbons I've ever tasted. Intense chemical/super glue flavors with a burnt corn finish. Definitely wasted one of my quarterly bottles on this. Don't make my mistake!! Would rate zero if I could.

Christopher, Feb 18, 2021
Not a very strong Bourbon, it didn’t offer that Bourbon kick and I found there to be no real flavor notes. This will be a bottle that stays in my inventory and I offer to guests with mixed drinks.

Evin, Feb 16, 2021
It's different than the other bourbons I have tasted. Vanilla and toffee were definitely there in the flavor. It's not bad, but not so great as to go out and buy another bottle right away.

Jim, Jan 26, 2021
Really caramel corn forward in the nose with oak and a little vanilla. The taste is sweet with wood and some heat. The finish is quick, sweet, and you get a little heat. A bit of a shock for this scotch drinker, but it grows on you. A nice sipping bourbon, with a bit if ice to add water and cool it.

Brandon, Jan 26, 2021
Solid. Leather and cedar soar. Best neat or on ice. Very much a smell and flavor experience.

Brian, Jan 16, 2021
I liked it. It’s not to harsh but a nice spice at the end. I tend to like the sweeter spirits but I enjoy the woody and Smokey stuff on the odd occasion. I’m tempted to buy it again but it hasn’t done better than my regular line up 4 roses single, macallan 12 sherry, grangestone 18 year. It’s definite better than a lot of the stuff I tried and I respect it. I got the free bottle with the membership and honestly I’m going to put it in the possibly buy again category. Not writing home about it but I’d pour a glass for a friend and be ok about it.

Daniel, Jan 3, 2021
Very light tasting doesn’t pack a punch. Grew on me, but not for a hard core bourbon drinker.
Load more reviews