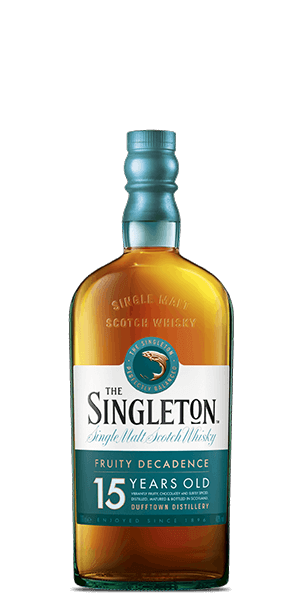 A fifteen year-old Highlander vying for the top shelf.

If someone asks if you like Singleton Single Malt Whiskey, the correct response is, "Which one?" There are three: The Singleton of Glendullan, The Singleton of Glen Ord, and The Singleton of Dufftown. Each distillery is awesome in its own way. All are Highlanders, all are used in premium blends, all have versions of The Singleton, and each has their own Single Malt brand as well. Two are Speyside, and one — Glen Ord — is Ross-shire. Some say the distinction is all marketing spin… we disagree. We love them all, but there is something about the limestone-filtered spring water in Ross-shire. Growth has been phenomenal, and parent Diageo envisions The Singleton becoming a first tier Single Malt producer along with Glenlivet, Glenfiddich, and the Macallan.

The Singleton of Dufftown is in Speyside at the Dufftown Distillery, sitting just upstream from Mortlach and about a mile from its sister Glendullen Distillery. And that is what you get here — a true-blue Speysider with all the delicate, fruit-forward notes you want in a dram of this character. The Singleton of Dufftown 15 Year Old has been aged mostly in ex-Bourbon casks with the balance aged in Oloroso Sherry casks, earning it the nickname "Fruity Decadence" proudly displayed on the label. It is, perhaps, the perfect Single Malt entry dram.

The Flavor Spiral™ shows the most common flavors that you'll taste in The Singleton of Dufftown Fruity Decadence 15 Year Old and gives you a chance to have a taste of it before actually tasting it.

Nose / Aroma / Smell
The aroma is pleasingly floral with violets and elderflowers over toasted oak with a hint of apple and lemon zest.

Flavor / Taste / Palate
The palate is light and creamy with a fruitcake note over pears, mixed citrus zest, and a hint of fig. 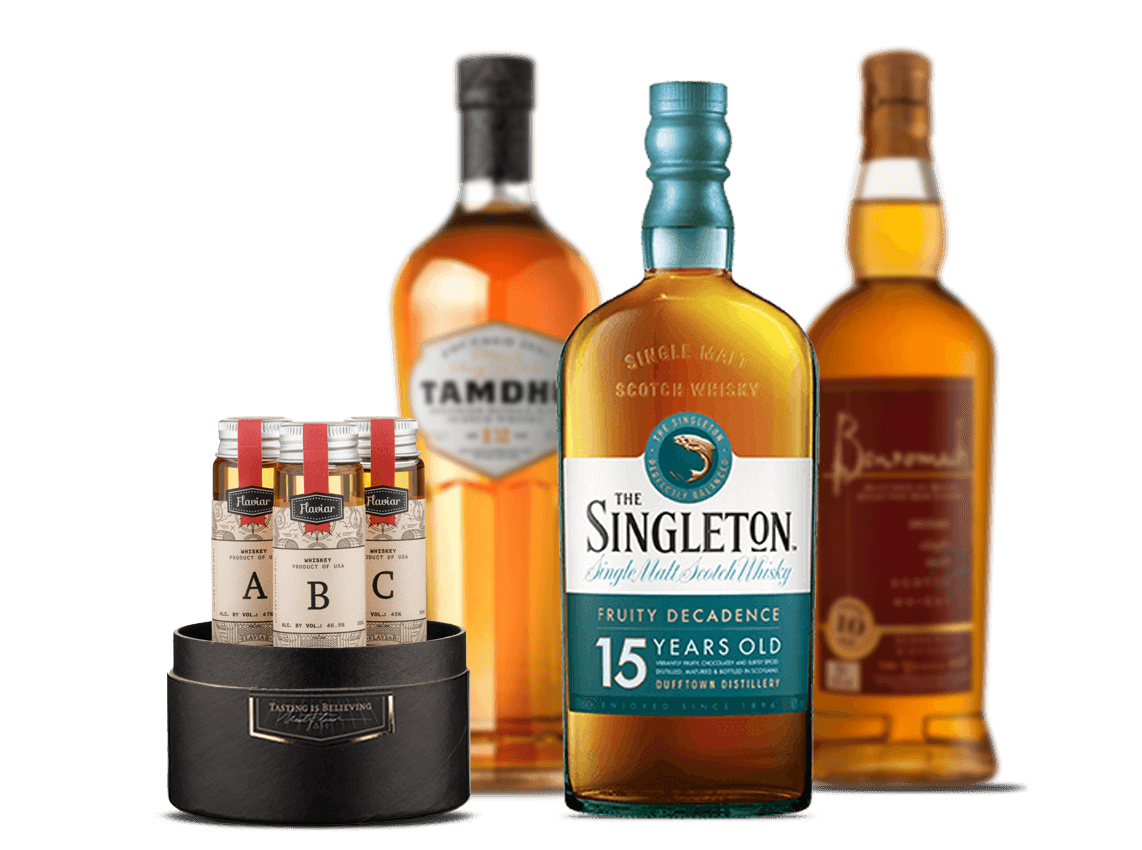 The Speyside Of The Noon
The sunny Scotch
Scotch

Uffe, Dec 21, 2020
Actually a very relaxing whisky. It is smooth, easy to drink and lacks the heavy oily taste often found in whiskes that sometimes is overwhelming. Reminds me actually of lowland whiskeys in taste- But in saying that, i also would not choose thisi whisky as an companion to a cigar. Luckily I do not smoke.

Uffe, Nov 11, 2020
Not bad, but not as good as the age note would require. Works well as a relaxing sig after work, but would drown in the cigar-smoke after a heavy dinner. Nevertheless, pretty much bang for the buck.