Distillery
Founded in 2014
The Sibling Distillery was launched in 2014 by four brothers and sisters; the youngest distilling team in the world, who at the time, were all under the age of 22. Taking inspiration from their parents, who run a microbrewery, the Elliott-Berry siblings decided to make a Gin, for which they would have full creative control.

They set up in a spare room in their parents’ brewery; creating their own base spirit, distilling the Gin, and bottling it all in one room. The cramped conditions were not ideal, so the Elliott-Berrys decided to start a crowdfunding campaign to raise enough funds to move to a new, bigger premises.

As of November 2016, they succeeded! At the time of writing, Sibling Gin is now being produced at its new home; the Sibling Distillery, which will in time have a visitors center and shop, as well as covering all production.

The Flavor Spiral™ shows the most common flavours that you'll taste in Sibling Gin. It's based on all Sibling drinks in our large database and gives you a chance to taste Sibling before actually tasting it.

Dog Dogson's
Smartass Corner
At the original site where Sibling Gin was distilled, the creation of the base spirit, the distillation, and the bottling all took place in one room at temperatures of up to 40 degrees Celsius.

Sibling Gin, created by four brothers and sisters (who happen to be the youngest distilling team in the world), was launched in 2014. Unlike the vast majority of Gins produced in the UK, the Sibling team produces its own base spirit for the Gin, meaning that all aspects of production take place on the same site.
Video from Sibling
Video transcription
Felix: Hi, I'm Felix.

Felix: We're three of the four siblings who run Sibling Distillery here in Cheltenham. We launched our Sibling Triple Distilled Gin in June 2014, and the two years since then have been a bit of a blur, working seven days a week to carve our reputation for quality within a very competitive market.

Cicely: As the youngest distilling team in the world, being in a very adult industry has thrown up a number of challenges. But by pledging to support us in our next big step, you could help make all the hard work pay off.

Clarice: Whilst we were growing up, our parents owned a microbrewery. So from a young age, we've been involved in creating great craft drinks. But it was always our dream to create a spirits brand for ourselves, something we can put our own stamp on.

Cicely: We chose to buck the trend in craft distilling by making our own alcohol from start to finish. We don't outsource any of our production, which makes us not only very rare in the industry, but also helps towards making our signature smooth flavor.

Clarice: It is really important for us to do everything from start to finish, partly because of our background in brewing and watching our parents do that when we grow up.

Felix: And partly because it actually makes a huge difference to the quality of the Gin.

Clarice: Since we launched, our Gin has grown from a complete unknown, being sold on farmers markets around Gloucestershire, to one the highest rated Gins in the UK. Winning the full Three-Stars at The Great Taste Awards, and being sold in some of the most prestigious bars, restaurants, and retailers around the world.

Cicely: Welcome to Dowdeswell. This is where we're hoping will be our new home. We're about two miles up the road from our existing distillery, on the outskirts of Cheltenham and in the Cotswold countryside.

Clarice: We have found a space that's perfect for our distillery. Allowing us to bring in the extra kit that we desperately need.

Felix: We'll also be able to start doing distillery tours, private parties, and have a proper designated retail space, which will make a huge difference to our operations. And we'll be able to move our other family business here too, as there's a big enough space for the microbrewery. But none of this will be possible without your help.

Cicely: So this is it. Well, not quite all of it. We plan to use about a quarter of the warehouse, along with the rooms to my right to house a distillery.

Felix: For the first time, we'll have proper office space, a tasting room, and a designated bottling room, which will make a huge difference to the way that the distillery is run.

Cicely: As you can see, things are little bit different here. We distill and bottle in the same room, and it can reach up to 40 degrees in the summer.

Clarice: And we will use this office for the rest of our jobs.

Clarice: And the parking situation isn't great either. With the help of your generosity, we're hoping to raise £30,000 to fund the move, renovate the building, and buy the essential new equipment we need to expand. So please, take a look at the amazing rewards offered on our page.

Felix: And help to take us from here... 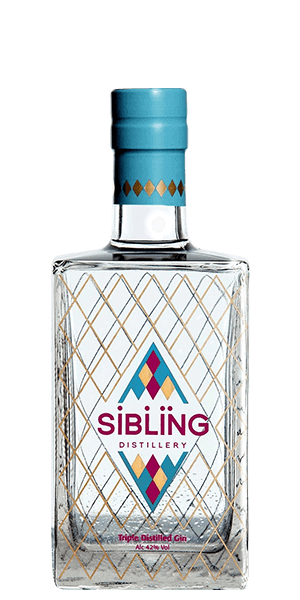