Buyer Protection
Money-back guarantee if things go wrong.
This isn’t a “serve it on the Vegas Strip in a plastic tube” thing … it’s a “holy crap this good stuff so get the special crystal” kind of thing.

SelvaRey means “Jungle King” in Spanish. Their website lists the founders as “three brothers and Bruno Mars.” OK … unless you haven’t listened to the radio or watched an awards show—or the Super Bowl—for the last five years or so, you probably know who Bruno Mars is. The “three brothers” cryptically referenced are Seth Gold and Marc Gold and their brother-in-law Robert Herzig. Seth had some success as a song writer—where he came to know Bruno Mars. Anyway …

They all like Rum (who doesn’t really) and decided to joint venture and… ahem… Bang Bang Gorilla … a new liquor is born to help the boys get richer. Sure enough, their logo is the silhouette of a gorilla. I guess that’s one way for Bruno to lose his Liquor Store Blues. But SelvaRey Rums ain’t no Moonshine. They are premium Rums from the jungles of central Panama and crafted by legendary Master Blender Francisco “Don Pancho” Fernandez. They currently have two varieties, a White Rum and the unique Rum Cacao.

So, you might be thinking, “flavored Rum … been there, Captain Morgan’d that.” SelvaRey Rum Cacao is NOT crappy Rum hidden behind a cinnamon stick or coconut extract. It is premium barrel-aged rum—5 YO—with natural cacao beans steeped in. No, that does not mean it is a “chocolate-candy Rum” or anything close to it. Think of it more like a tropical Gin… where the base is premium Rum and the botanical is cacao. Or as a Rum cocktail with a dash of premium cacao bitters on the float. No matter how your drink it, this is a Treasure that will make you feel like you’ve been Locked Out if Heaven for too long.

The base Rum is a sugar cane product and both the cane and cacao are grown locally in Pese’, Panama—the heart of the sugar cane growing region. For them, fermenting yeast is a trade secret, and they treat it that way. But there is no hiding the tall, copper, column stills that were actually purchased from the legendary Mitchers Distillery in Pennsylvania when it closed in 1990. This is not a “serve it on the Vegas Strip as a gimmick in a three-foot long plastic tube” thing. This is a “holy crap this is really good stuff so get the special crystal” kind of thing. Get your cup and put this liquor in it.

The Flavor Spiral™ shows the most common flavors that you'll taste in SelvaRey Cacao Rum and gives you a chance to have a taste of it before actually tasting it. 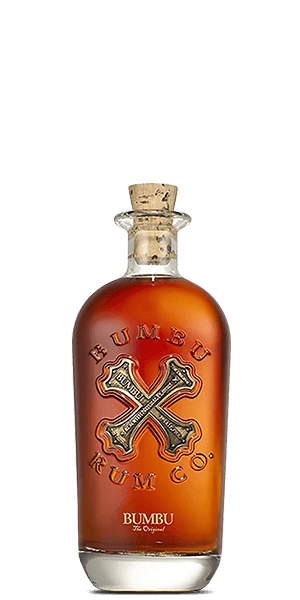 Andrew, Jan 28, 2020
The chocolate note for me and my friends is on the back end (where it belongs) on this surprisingly good rum, add the bargain price this bottle is a must

Matthew, Dec 31, 2019
Adds a subtle cocoa flavor to egg nog and coquito and is delicious just on ice. Who knew Bruno Mars made great rum?!

Sean, Dec 5, 2019
Great chocolate taste, if that’s what you’re looking for. Reminds me of chocolate sodas of my youth!

Cameron, Oct 6, 2019
Lemme start by saying wow....huuuge chocolate nose, smooooth chocolate pallet, not overwhelming at all tho..haven’t mixed with it yet only sipped straight on the rocks but I can only imagine all the mix possibilities...best rum I’ve had yet!!

guest, Jul 5, 2019
Outstanding rum! Tastes like an aged rum with just the perfect amount of chocolate. Great sipper. Not too sweet.

guest, Jul 5, 2019
crazy smooth. theyre right about coffee. chocolatey, but not sharp and too much. best sipping rum in my cabinet.

Zachary, May 29, 2019
Delicious! Tastes of unsweetened chocolate. As the bottle says, perfect for sipping straight. I however preferred to pair it with a cold brew coffee to quell the very slight burn on this very smooth rum.

guest, Apr 23, 2019
Easily the best flavored rum on the market. Enjoyable on it’s own but even better for creating cocktails. This is a “must-try” for bartenders and rum drinkers alike. An absolute masterpiece from Don Pancho.

guest, Apr 23, 2019
Liquid chocolate gold. Smooth to drink on the rocks. Mix with cold brew and kick things up. Super flexible for such a strong naturally infused flavor

Clif, Dec 12, 2018
I had some Chocolate Artisan Rum in Roatan that I wished I had brought back with me, but this Cacao Rum is just as good, so I'm buying more here to keep on hand.

Nicole, Jun 16, 2018
Very chocolatey! Good for an after dinner drink

andre, May 10, 2018
This is an awesome sipper. If ever there was a chocolate for adults this would be it. It's not sweer. I love the aroma of chocolate and nutella. This was impressive.

Jonathan, Mar 15, 2016
Quite delicious. I found it was a high-quality substitute for Kahlua in many cocktails. Fine for drinking straight on the rocks or with a splash of soda. The cacao and rum heightened the flavor of each other, making this easily the best cacao I've tasted and a most interesting rum.