Distillery
The Schilkin Distillery has a rich and complex history stretching back to the start of the 20th century, when the Russian-born Schilkin family was given the approval of the Russian Courts for the Vodkas it was producing. During the Russian revolution, the family was forced to flee, and eventually settled in Germany.

Since then, the business has survived the Second World War, has been nationalized and then re-privatised, and began exporting to the United States. Today, it’s run by fourth-generation leader Patrick Mier.

The Schilkin Distillery produces many of its own products (including the peppermint Liqueur it is famed for), but also distils Spirits for other brands, including Berliner Brandsifter’s Berlin Dry Gin.

The Schilkin Distillery places an emphasis on producing small, artisanal products, and as such, many of its Spirits and Liqueurs are still hand bottled and labeled, with every single bottle being inspected by eye before heading out of the door.

Dog Dogson's
Smartass Corner
The Schilkin family’s farm was seized by the Government during the communist era, and wasn’t returned to them until 1989, when they immediately began production once more. 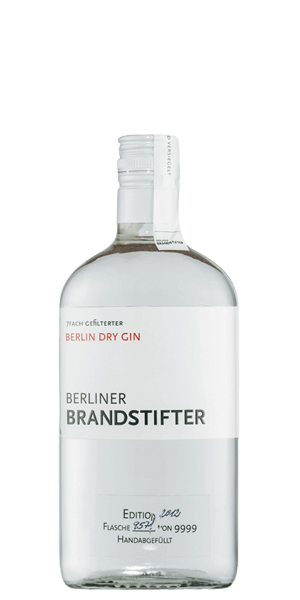