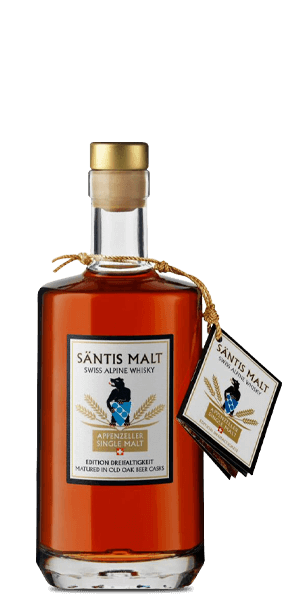 As a historical brewery, the Locher family possesses very old oak Beer barrels which have served for decades – and some for more than a century – to store Beer. During their long service, these barrels have soaked up the aroma of Beer, along with the ancient sagas and memories which now enrich this spirit of Appenzeller Säntis Malt.

Säntis Malt Edition Dreifaltigkeit is made from malt which was smoked twice over, and is matured in old beer barrels that were smoked with oak wood, something quite special in Whisky production. This causes a strong, smoky aroma of the Whisky.

The Flavor Spiral™ shows the most common flavors that you'll taste in Säntis Malt Edition Dreifaltigkeit (500ml) and gives you a chance to have a taste of it before actually tasting it.

Nose / Aroma / Smell
Aged in oak barrels, and with a subtle aroma of apple-wood smoke, this whisky has a pure, graceful and enticing freshness. Smoked ham, burnt charcoal, peat and malt are present. 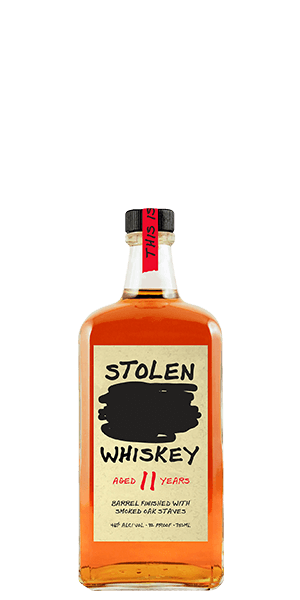 Jackson, Jan 31, 2021
This is a really fun whiskey, because it's smooth and intensely smoky but with more of a woodsmoke flavor than a peated whiskey like an Islay. Great straight or in a cocktail.