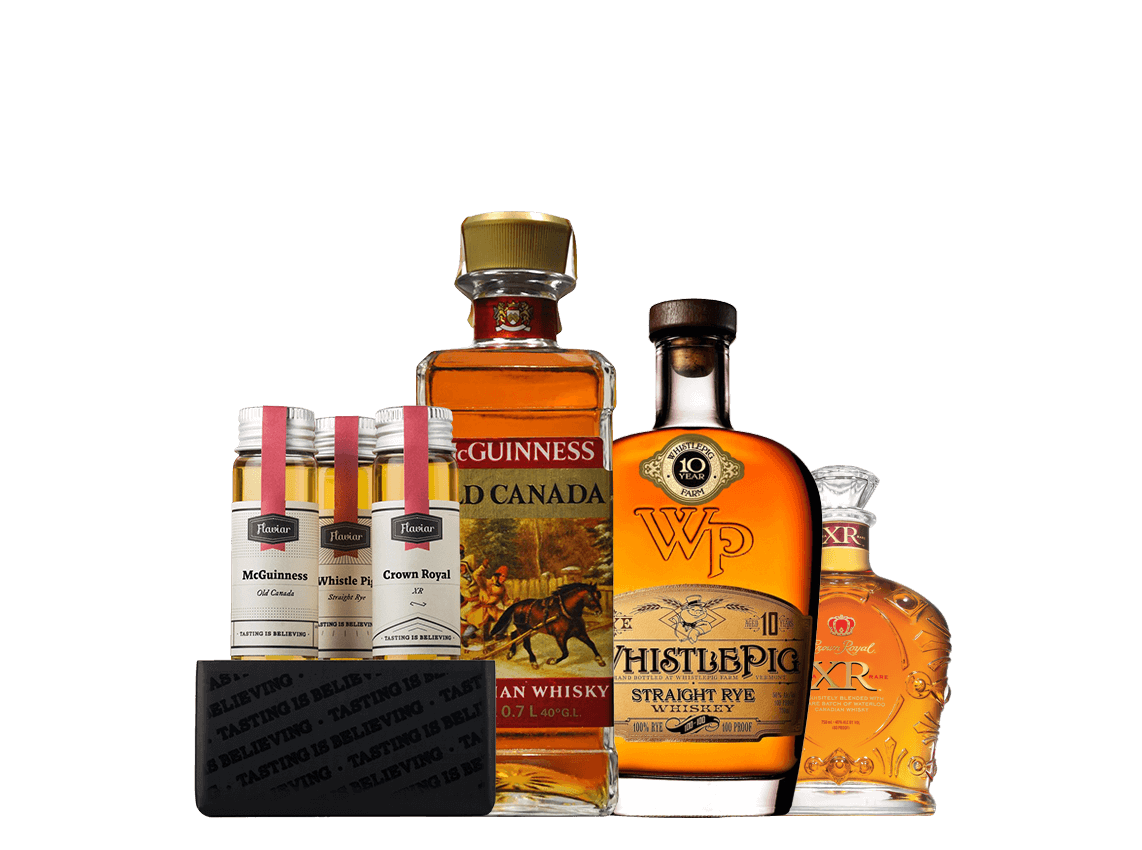 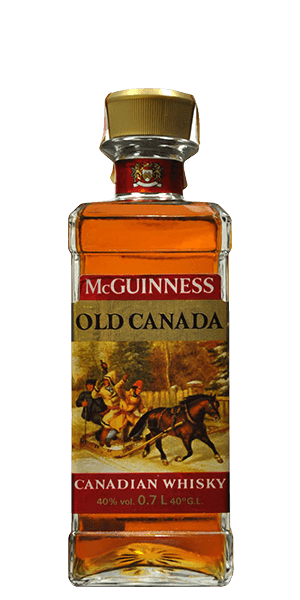 Crown Royal
Crown Royal XR Blue Label
Canadian Whisky
8.3/10
$210.99
Canadian Whisky is on the rise… Again.
When it comes to Canadian Whisky, there’s a lot of erroneous ideas floating around. Ideas like, Prohibition made Canadian Whisky, that it’s made from Rye only, or that it got lost in time. Some even call it brown vodka!?! We’ve had enough of this blabbering, and are here to put a stop to all of the misconceptions and tell it like it is... Canada has a long and proud history of Whisky making, and their spirit can easily go up against all the big players from around the world, from Scotland to Japan.
One of the reasons why Canadian Whisky doesn’t have the fame it so richly deserves might be, as the Canadians themselves put it: “We don’t brag about what we do.” Well, maybe you should!
They have been making their Whisky their own way for over two centuries, ever since the first distillery opened in Quebec City. Immigrants coming from the British Isles brought their craving for Whisky with them and soon started to distill their own golden drop. One of the most common misconceptions that all of their Whisky is made from Rye owes its existence to the fact that in this northern rugged land of chilly climates, only Rye could survive the winter. With time and progress, other grains became more prevalent, but the name stuck. Rye is of course still used, mostly in blends when it is added for that extra kick of flavour, but nowadays corn is the basic component for a majority of Whiskies.
Sure, Prohibition made Canadian Whisky bigger than ever, as America became their number one importer and Canadian distilleries were cropping up like proverbial weeds in the border states. This lasted all the way from 1919 to 1933, and it took the Americans quite some time to put Bourbon back on the map. So at the end of the 20th century, all of the above misconceptions about Canadian were brought to life…
Well, times they are a changin’, and Canadian Whisky is here to prove all of these slanderous lies untrue. In light of the recognition from everywhere, we bring to you this line up of Canada’s finest!
Cheers,
Flaviar
Smartass corner
1. Canada's regulations specify only one rule for producing Canadian Whisky - it has to be mashed, distilled and aged for at least three years in Canada. Usually it is made from several different grains and unlike Bourbon, it is fermented, distilled and aged separately by grain. They are combined at the very end, which means that the amount of Rye Whisky added to the blend varies widely.
2. In comparison to many other spirits, Canadian Whisky production is quite a Heath Robinson affair. A mix of grains is distilled three times to produce a clean neutral spirit, to which a second Whisky, called “flavouring” is added, typically rich in Rye. Blended Scotches use the same technique but instead adding Rye Whisky they add different Single Malts.
3. In the early days of Whisky making in Canada, immigrants from Ireland and Scotland made their Whisky by a similar method to how they did it back home. Canadian Whisky is still written as it is in Scotland, without the "e." Funny thing is, it wasn’t the Irish or the Scots who first started to open up distilleries in Canada… Those guys came from England.
4. Canadians tend to give credit to John Molson as the first distiller to produce Whisky in Canada.
5. Although already popular in the US long before, Canadian Whisky prosperity rose notably during the Prohibition, when Canada became the leading supplier of bootleg spirits to all the speakeasies that sprang up across States. The bootlegging between Canada and the US across the Detroit River was so rampant, that it soon became known as the “River of Booze”.
6. The Hiram Walker’s Distillery was one of the key suppliers during Prohibition, with Al Capone being one of their biggest customer. Records show Capone paid $7 for a case of Canadian Club and sold it in the US for $75.
7. In the US, “straight” Whiskey must be aged in brand new charred oak barrels. This oak sometimes overpowers the influence of grain. In Canada on the other hand, Rye Whisky is aged in a mixture of barrels that have been used one or more times similar as the Scots do, as well as in new barrels. This adds additional flavours not detectable in Whisky that’s been aged in new oak.
8. In 1883, Canada became the first nation in the world to mandate that Whisky has to be aged for a defined period of time.

Crown Royal
The Flavor Spiral™ is a quick, clear and visually-appealing way to look at the drink's flavor DNA.

wendi, Jul 22, 2019
it looks interesting, i am particularly like whiskey and bourbon that have smooth finish. I dont dr it up straight sipping is fine. Curent favs are pendleton 1910 and ledslingers

greg, Dec 6, 2016
I ordered this and a bottle of lagavulan 16 y and i never received the canadian lot i love the idea of trying new wiskey but ya it never made it lagavulan is good tho 😒

Kevin, Jul 9, 2016
Fun to try something different. I just need to try more northern whiskys before I can give a better opinion.tasty though.