Peat Of The Moment 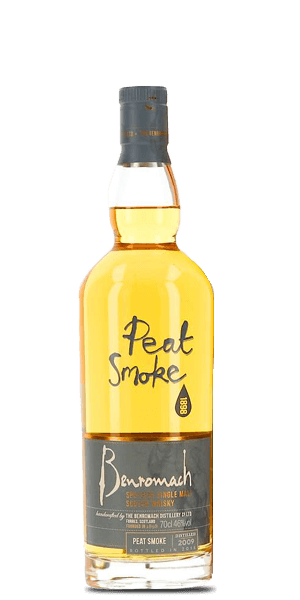 Paul John
Paul John Peated Select Cask
Indian Whisky
6.5/10
$103.99
Bad boys of the Dram world
“Can I get an encore? Do you want more? So for one last time I need ya’ll to roar…”
We’re back at it again with the bad boys of the Whisk(e)y world: Peated Whisk(e)y. Yep, we’ve rounded up a new band of Whiskies from around the world to take the stage and rock your palate. The lights are perfectly calibrated, the pyrotechnics are on point, and the smoke...? Well, our rockstar drams are bringing plenty of that to the table.
Ah shit—the groupies just got here. Time to get backstage.
Now, what exactly gives these Whiskies their sexy, smoldering profile? That, friends, is the power of Peat, which is essentially decomposed organic plant matter typically found in bogs and ferns in places like Scotland, Ireland and Canada. This pungent stuff sneaks into your Whisk(e)y in the malting process or with finishing it in a cask, when the dried barley absorbs the smoke odor from the burning peat used in the drying. And it’s a polarizing thing amongst Whisk(e)y lovers—the taste is either a sweet study in harmonious flavors or a cacophonous crash of dissonant chords. Either way, it makes for a rabid fan base.
Now, time to meet your 2019 headliners. On drums: West Cork Glengarriff Peat Charred Cask Finish, a great Irish lad that was finished in peated charred cask. Kickin’ it on the lead guitar:  Benromach 2009 Peat Smoke, another Speysider with a thing for citrus. And on vocals: Paul John Peated Select, a superstar hailing from India with a whopping 55.5% ABV.
Looks like the opening act has cleared the stage and our Peat slayers are ready to tear it up. Which leaves us with just one question: are you ready to rock?!
Cheers!
Smartass Corner
1) Approximately 23% of Scotland is covered in Peat, which consists of decomposed moss, treat roots, animals and soil. And the stuff is thick, measuring nearly one meter in some parts of the country. All the better for our next round of Scotch.
2) While a warm, smokey Peated Whisky sounds like the perfect antidote to a cold winter, it actually works wonders during the summer season. Take a young peated Whisky and add some soda water to it for a barbeque-inspired drink. Or use it as a replacement for Vodka in a Moscow Mule.
3) Peat is often called “the forgotten fossil fuel.” When dried and hardened into bricks, it can be used as fuel in a similar fashion to coal. It’s does a killer job at warming up homes and businesses.
4) Phenols—the molecules responsible for the Peat’s smoky/rubbery flavors—are broken down as a Whisky matures. Bad news: the more mature your Whisky, the less Peat you’ll taste. The upside: a damn excuse to finish up that bottle ASAP.
5) Just how do you measure the Peat in a Whisky? You look at the phenol parts per million, or ppm. But don’t judge a Whisky by its numbers—to find a true Peat monster, you need to take each individual distillery’s art of making Whisky into consideration. Numbers aren’t everything, ya know.
6) The title of “Most Heavily Peated Whisky in the World” goes to Bruichladdich’s Octomore 8.3, which contains barley peated to 309 ppm.
7) Peat in Whisky can function a lot like grapes in Wine—they’re subject to terroir. Peat varies by region, and can add tasting notes like soapy, sulphuric, smoky, herbal, creamy, mossy, bonfire, diesel and even bacon depending on the amount of time the malt is peated for.

benjamin, Jan 23, 2021
Interesting peated choices, ones I’ve been curious about and not easily found locally.

Mark, Jan 10, 2021
The Benromach was by far the best of the three; good amount of smoke but doesn’t overwhelm the other flavors. Too much smoke for me in the Paul John; I half expected to blow smoke rings after tasting. West Cork was ok; a run-of-the-mill Irish with just a hint of smoke.

Roy, Sep 13, 2020
A good interesting selection all around the 6 mark. Not quite right for me as not particularly balanced. The Benromach was the better of the 3 for me.