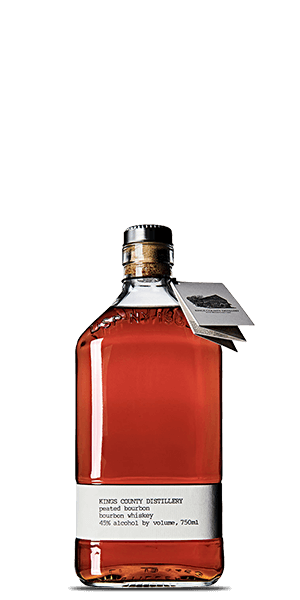 An Irishman, an Australian and an American walk into a bar…

Stop us if you’ve heard this one before. Oh, you haven’t? Well. Let’s just say some serious Whisky drinking goes down. Because as it turns out, you can find some sublimely sippable golden firewater all around the world. From Australia to Ireland, you’ll find rich traditions and drinking cultures along with some pretty unique methods behind their distilling madness.

Now, Ireland is the birthplace of Whiskey. Ain’t no lucky four-leaf clover behind their tasty tipples—just plenty of time, experience and… alright, maybe a wee bit ‘o that Irish luck. They’ve had hundreds of years to perfect their craft, using a mash of malted and unmalted barley that’s triple distilled in copper pot stills. But for the Irish, the single pot still method is where it’s at.

But leave it to the U.S. to turn age-old tradition on its head. American Whiskies use a mixture of corn, rye, wheat and barley for their mash. Then, they are matured in charred-oak barrels, which makes for a sweeter and smokier sip. Unless, of course, we’re talking Bourbon. That mash requires a minimum of 51% corn and new charred oak barrels for maturing. Rules are rules.

The heart of Australia's Whisky production is actually on the island of Tasmania, where the single malt renaissance of Down Under began in the 1990s. All of the Australian Whiskey distillers are small-batch, and even though it's a pretty young industry, they've been wowing palates all around the world for the last couple of years.

...which means that Irishman, Australian and American at the bar can squeeze in an extra dram or two before the night is through.

1. Someone call the census: there are more barrels of Bourbon in Kentucky than there are people. You can find over 5 million barrels throughout the Bluegrass State compared to its 4.4 million residents. Drink up, folks.

3. Modern Australian Whisky industry may be only decades old, but locals produced the amber Spirit more than two centuries ago. Unfortunately, Tasmania banned distilling in 1838, so the noble craft remained silent for over 150 years.

4. Whisky is made from water, yeast, and grain—pretty basic. It’s the variety of grains, quality of water and aging process that give each barrel its unique flavor.

5. It would take the average commercial jetliner 47 hours to fly around the world without any stops for fuel… or Whisky.

6. Is it “Whisky” or “Whiskey”? Here’s an easy rule to remember: the word “Ireland” has an E and so does their Whiskey. The same goes for the United States. Scotland, Japan, and Canada drop the vowel from their Whisky—and their respective names.

7. Monks were the first to bring the distilling method from the Mediterranean to Ireland hundreds of years ago. They called the Whisky they produced “Uisge Beatha.”

8. In 1791, the United States treasury secretary Alexander Hamilton placed a tax on Whiskey to pay off the debt from the American Revolution. That led to some very unhappy distillers and tipplers, which resulted in the Whiskey Rebellion. Protests and violence ensued until the tax was repealed in 1802 by Thomas Jefferson.

Starward
The Flavor Spiral™ is a quick, clear and visually-appealing way to look at the drink's flavor DNA.

Marc, Feb 20, 2021
Starwood Nova was the best of the lot. The Hyde was undrinkable and the kings county was decent

Jennifer, Feb 3, 2021
Of the four sample boxes I’ve received this is the one I enjoyed the least. Starward turned me off to the group from the beginning.

Jason, Jan 26, 2021
All were so different from each other. I love Irish Whiskey but Hyde was my least favorite. The Aussie was fine, the one I thought I would least enjoy was my favorite of the box. The NY Bourbon Kings County. Cheers

Rod, Jan 21, 2021
HHMMM, well the Hyde is a young OK Irish Whiskey, the Australian Starward, well I am an Aussie and wanted to like this but for a Malt Whiskey it is too sweet, I couldn't believe it is matured in wine casks because it is Bourbon esque , the Kings Country is well, too much Bourbon sweet for me. I do drink Single Malt Scotch from the Islay Region so peaty bitumen flavour is my preference.

benjamin, Jan 6, 2021
Good spirits overall. The Kings county is a good bourbon with a light rye profile, but disappointing as a fan of peat as there is no peat or smoke flavors present. The Hyde is pleasant and has a notable chocolate presence. Starward is indeed slightly fruity and sweet.

Jared, Dec 6, 2020
The Bourbon was the smoothest out of this box. The Australian whiskey was a bit harsh and had a heavy bite. The Hyde was very pleasant and easy to sip.

Scott, Nov 13, 2020
Not giving spoilers in case you do blind tastes like I do. “A” was my favorite and was nice and reminded me of a good bourbon. “B” was interesting and complex but was my 3rd favorite. “C” has a very nice green apple nose and taste but has some astringency free wards that made it fall to 2nd place. Overall a very nice sampler and has given me some options for my next bottles.

Matthew, Nov 13, 2020
I enjoyed this "trip" around the globe. Each was distinct and interesting. I particularly enjoyed the Hyde.

Matt, Oct 24, 2020
I really enjoyed this trip around the globe. I was wary of the Kings County Peated Bourbon as it was the first peated bourbon I have tried and everything I’ve read on peated whiskeys says you love it or hate it. I guess I fall in the former category, as I thought the smoky notes were quite pleasant and I thoroughly enjoyed this selection. The Hyde was my least favorite offering, although I still liked it. The mouth feel was a little too oily for me, but I did enjoy the plum and vanilla notes with just a little spice on the back end. My favorite of this box was definitely the Starward. I found it to be quite sweet and fruity. I picked up bananas on the nose and the taste of (oddly enough) Cherry Twizzlers. It struck me as an after-dinner whiskey. Just a touch on the dry side, and very silky all the way down. Of the trio, Starward is the one I would most likely add to my home bar.

Antti, Oct 23, 2020
A complex collection of Whiskies from around the globe!