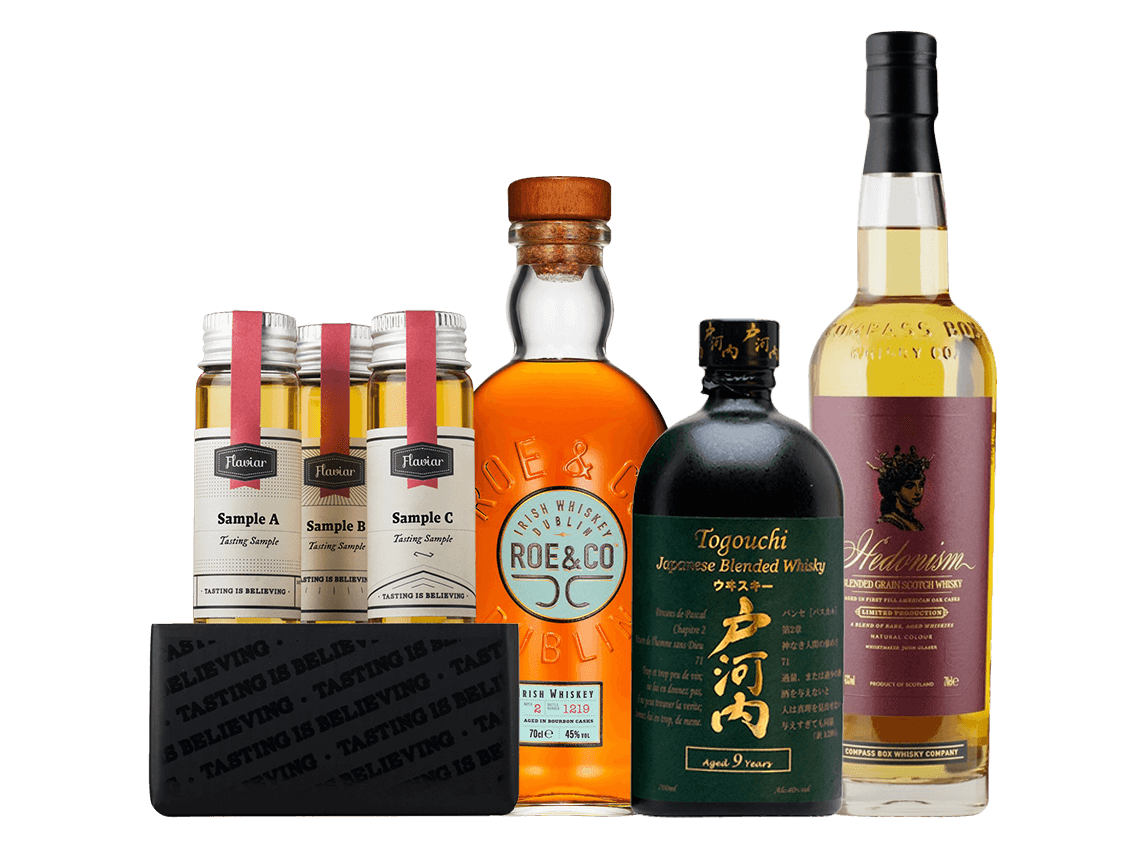 Blends from around the World 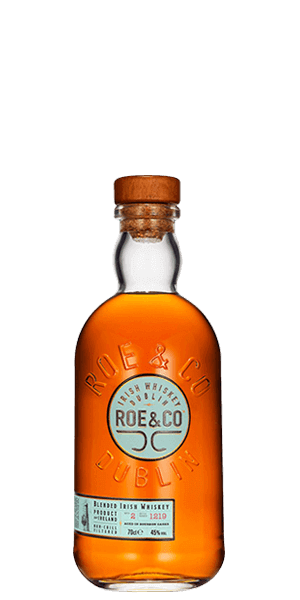 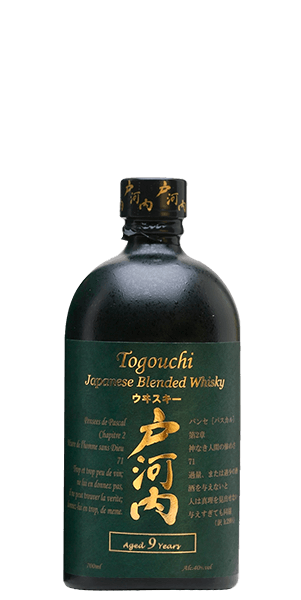 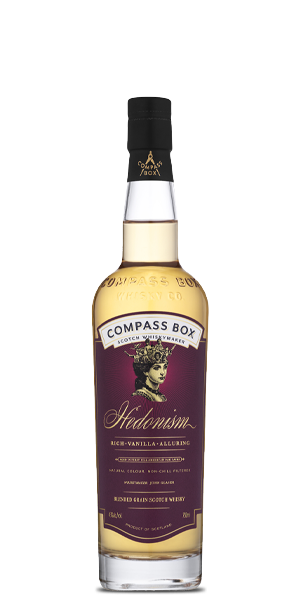 Compass Box
Compass Box Hedonism
Scotch
7.6/10
$107.99
Thirsty for more?
Dear friends, old and new alike, welcome. James Bond, our favorite British spy, likes to reappear every couple of years or so and Uncle Flaviar followed suit. We’re back with another selection of Bond’s favorites. For your eyes only.

As many of you already know, contrary to the impression courtesy of the films, 007 is much more of a Whisky man than his famed shaken martinis might lead you to believe. We’re here to reacquaint ourselves with his taste.

The world is quite enough
Whisky purists – avert your gaze. Why? Well, because some of you might scoff at the fact that we’ll be trying out blended drams. And we’re not just talking Scotland, we’ll be discovering the whole world, one sip at a time. We are talking about the international man of mystery, are we not? (Or was that Austin Powers?)

License to distill
Anyway, despite what some of you might believe, Scotland does not possess the exclusive right to make Whisky. In fact, some argue that other countries have edged ahead in the malt-making business. We wouldn’t go that far, but we have to give credit where credit is due. A well-traveled man like James Bond appreciates diversity, and so do we.

Never say never to blends again
There is more at play than just diversity, though. Bond could make any drink cool, but blended Whiskies are a genuine delight – on par with single malts. Just give them a chance. We’re talking about a mix of malt and grain Whiskies, sourced from several different distilleries. Master blenders use anywhere from 15, to even 50 different Whiskies to strike the perfect balance of flavor.

“Do I look like I give a damn?”
In one of his more recent movies, Bond again orders his signature Vodka martini. However, when asked by the bartender if he wants it shaken or stirred, Bond replies: “Do I look like I give a damn?” We concur with the rather ironic poke at this classic Bond phrase. Blended Whisky will work in a variety of fashions. Drink it neat or with a block of ice, whatever your heart desires.
Ladies and gentlemen, it’s time to pour.

You only live twice, so we had to do the box once more.
Cheers!

1) On-screen, James Bond has killed 363 people and slept with 52 women. He also consumed about 300 units of alcohol in the meantime. He kept busy.
2) Daniel Craig was the booziest of them all. Among the lot tested was a bottle of 1962 Macallan from their “Fine & Rare” collection. The bottle, signed by Craig and his co-stars, eventually sold for an incredible £9635 at auction.
3) Perhaps Bond is into single malts now, but in the golden age of 007 in the 1960’s, blended Whisky was basically all there was, since the single malt category really only took off long after Ian Fleming had already written all his novels.
4) Single malt was not always as cultivated as it is today, but much harsher and more unrefined. Initially all the distillers only made blends – the more refined variety of Whisky, and by doing so made it the gentleman’s drink we know today.
5) More than 90% of all the Whisky sold in the world remains blended.
6) It is said that if you are a fan of a blended Whisky, chances are you would also be a fan of the core component single malts that comprise the blend.
7) There's a common misconception that because a certain Whisky is labelled "single malt," it must be the product of just a single batch or barrel of Whisky. This is incorrect. Most single malts are a blend, in the sense that they're a mixture of Whiskies from one distillery, and from malted barley only.

Simon, Apr 11, 2021
Update to review: I had a little of each left in the vial so through them into one glass. 25% each Hedonism and Roe and 50% Tagouichi (or however you spell it) and it was FRICKIN' AMAZING!! ALMOST WORTH BUYING A BOTTLE OF EACH TO BLEND THE BLENDS. Sorry, that wasn't all meant to be in caps !

Simon, Apr 11, 2021
On first try all three were a little non-descript and dull, but as I went back to them, all three grew on me, particularly Hedonism. That said, I won't be buying the full bottle of any, but it was a pleasant tasting experience.

Chris, Oct 17, 2020
E they’re outstanding and I have a lot of work to do with this one I have to get a hold of them for a while and I have team we have to to

Daniel, Aug 31, 2020
Overall decent. The togouchi was by far the best while the others were just ok to us.

Lawrence, Jun 26, 2020
Overall nice but the Roe surprises out of the batch

Matthew, Apr 11, 2020
The Japanese should stick to what they are good at. It tasted like turpentine smells. Instantly started to salivate and not in the good way. The Roe was great smooth creamy almost The hedonism was good as well smooth with good flavor. Would have rated this tasting much higher if not for the Japanese

Craig, Feb 28, 2020
It's good this box is no longer available. It's the most disappointing I've gotten from Flaviar. From whisky blends I expected smooth and layered. All 3 felt...assembled, harsh, joyless. The Japanese one was thin and bothersome. The Irish drank like a confection, with that cloying vanilla overpuff I get from Casamigos Tequila. The Scotch blend was less interesting than Dewar's. I love Flavair. I even love the clinker boxes, which usually feature at least one I'm happy to know. Not this one.

Charlotte, Feb 11, 2020
The Compass Box is by far my favorite. Then Togouchi, and Roe & Co. Roe &Co. was too harsh at first, but after letting it aerate it has a very smooth vanilla scent. The flavor is very spicy at first, but finishes sweet with a tingle left on the tongue. Compass Box has a great vanilla scent with lots of depth of flavor and body. Has a smooth sweet aftertaste. Togouchi has a very sugary scent with a brightness of flavor that is very citrus.

Michael, Feb 5, 2020
this is my favorite tasting box so far. all three whiskey's are excellent. The Compass Box might be the best whisky I've ever had. the Togouchi is not far behind and the Roe and Co is also enjoyable. Amazing tasting box

Michael, Jan 18, 2020
I really enjoyed this mix it was a wide range of flavors and fairly expensive bottles worth trying

Christopher, Jan 10, 2020
Really interesting box, each whiskey is both like it’s style and refreshingly unique.

Ellen, Oct 30, 2019
Great variety of tastings and enjoyed every one.

Antti, Oct 22, 2019
It is an outstanding sampler of Blended Whiskey's from across the globe!

Todd, Oct 5, 2019
Tried a more “affordable,” box to try and find some bottles we’d like that don’t cost close to 100, but none of these landed with us. They were not offensive, but not anything we’d buy a bottle of.

Joseph, Jul 28, 2019
Three distinct different tastes all very drinkable. Hedonism was excellent, very deep, although not sure I'd pay full bottle price for it. Roe & Coe is def worth the price to me and could see myself buying a full bottle. Overall very happy with this tasting box, wish I had more of each of them.

Matt, Jul 17, 2019
Hedonism was my favorite of the 3....was surprised by the sweetness of the finish. The spiciness of the Roe & Coe was a little over the top for me, but still good. The Tougouchi was a good drinker as well!

Justine, Mar 23, 2019
The Tougouchi is my favorite of the three and is the reason for the higher rating. It’s super smooth with a great finish.

John, Feb 17, 2019
Great tastes. I want a bottle of each, but unfortunately only compass box is available.

Joe, Feb 17, 2019
I really enjoyed each of these very different samples.

Taylor, Sep 25, 2018
I really enjoyed all of these whiskeys, particularly the Togouchi. I was a little leery of blended, but I was impressed by this set. I would definitely recommend it