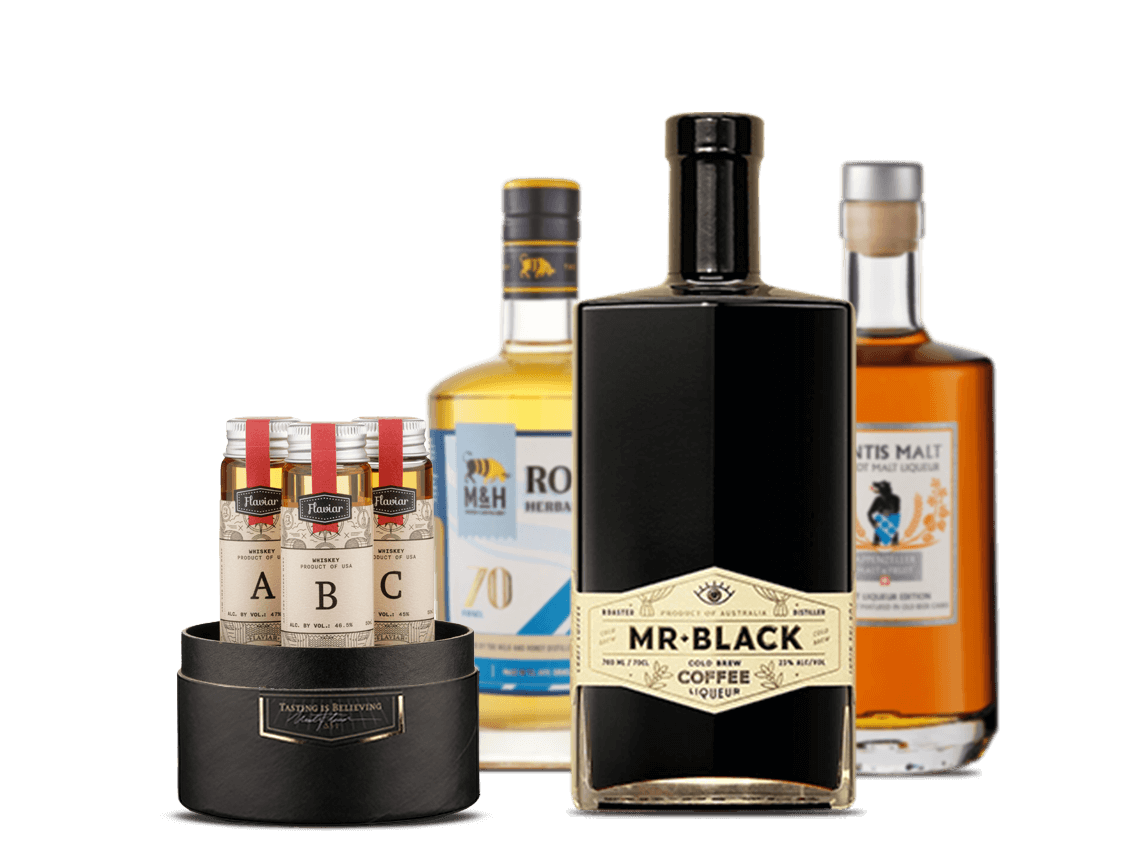 Getting loose with Liqueur 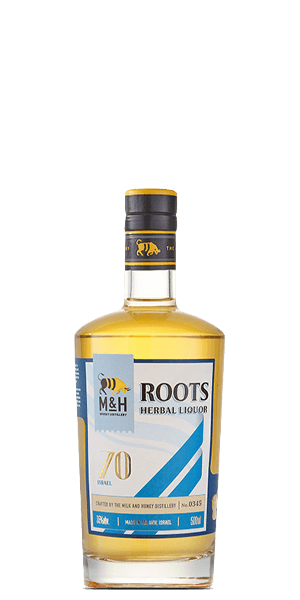 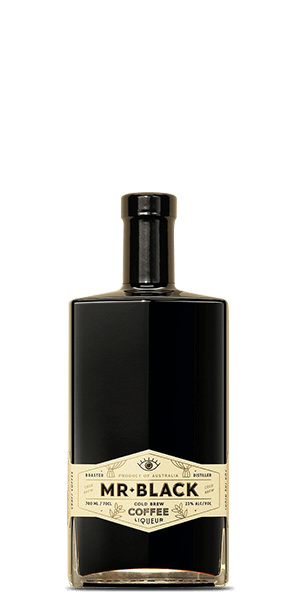 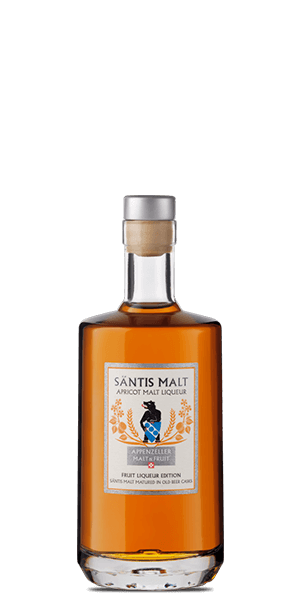 And it’s much more than just a few vowels. Because if you’ve ever been seduced by a sweet-talking White Russian or Kir Royale, you know that Liqueurs are in a class of their own.

Still not sure? Well, there’s no sugar-coating it — you’re just gonna have to let this box do all the talking. The good news? You’re doing all the tasting. Sounds like a sweet deal to us.

Okay, maybe a teeny, tiny one. Because according to our pal Merriam-Webster, it’s a liquid substance that’s usually been distilled to produce alcohol. Now, that leaves a lot of room for different expressions, but the usual suspects in this category are Vodka, Rum, Gin and Whiskey.

Liqueur, on the other hand, is a type of Liquor. The "distilled" part still holds true — Liqueurs are indeed based on some sort of distilled Spirit. But that Spirit is flavored with a variation of herbs and spices, cream, fruit, flowers or nuts from all over the world. And they typically have a slightly sweet edge. Think: Chartreuse, Schnapps, Amaretto and Sambuca.

They’re rarely aged, and commonly serve as mixers — but a few are best savored straight up and on their own. We have three Liqueurs that’re up to that task. All the way from Tel Aviv, there’s the botanical-inspired Milk & Honey Roots Herbal Liqueur; from our Aussie buds down under, we have the eye-opening Mr. Black Cold Brew Coffee Liqueur; and last, but most definitely not least, from Switzerland — Säntis Malt Apricot Malt Liqueur.

And hey, when life gets you bitter, change your perspective back with a sip of something sweet (and spiked). Cheers!

1) Liqueurs, also called "cordials," are usually lower in proof than traditional Liquor — typically 80 proof or less. Although you’ll find some Liqueurs that give Liquor a run for its ABV money.

2) Milk & Honey Roots Herbal Liqueur was crafted in honor of Israel’s 70th anniversary. The distiller asked seven revolutionary, creative and daring entrepreneurs to choose a unique herb, root or spice that represents the essence of Israel for them. Their choices: almonds, savory, coriander, jasmine, tarragon, thyme and cardamom. All of which were used in the final production and infused with honey.

3) Coffee and Tequila? It’s a better combo than you think. Combine the smooth Arabica bean flavor of Mr. Black’s Cold Brew Coffee Liqueur with some tequila, grapefruit and club soda for a refreshing Paloma Negra.

5) Not that you need an excuse to break out a bottle, but… October 16 is National Liqueur Day.

6) Plenty of Liqueurs can be used for cooking or baking — some even steal the culinary show. Add some Irish cream to some brownies and you’ll never look back.

7) "The most sensible thing to do to people you hate is to drink their brandy." — Elizabeth Taylor

Up In Smoke Vol.2
Welcome to the Smokeshow
Other Spirits
8/10
$41.99
Ratings & Reviews
Member Reviews and Ratings of Sweet Emotions Of Liqueur