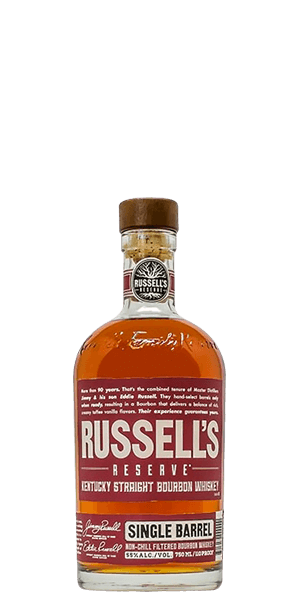 In 1869, the Ripy Brothers started distilling on Wild Turkey Hill near Lawrenceburg, Kentucky. The namesake product became their number one seller and the name of the distillery was changed to reflect that success. The Ripy Family sold the distillery in 1952, and then the normal rounds of mergers and acquisition occurred. Campari Group out of Italy owns them now and they produce a wide range of Bourbons under the very popular Wild Turkey brand along with several other brands.

Wild Turkey is one of the most well-known Bourbon Brands in the world, and the lads at Beast Masters have been given a chance to pick a barrel from Second generation Wild Turkey Master Distiller Eddie Russell’s private reserves from his oldest rickhouse. Built in 1890, Warehouse G’s most optimal maturation conditions tend to be in the winter time, and this "chosen-one" was distilled on New Year’s Eve 2007, aged on the sixth floor in the warehouse stack.

This private selection is “a true beast of a Bourbon…” the Beast crew affectionately naming the barrel “Hot Pickle.” But not to worry, “Hot Pickle” doesn’t refer to the taste, but rather the squad’s snack of choice after a long day of barrell-pickin’.

'Hot pickle!' became the rallying cry of our small but determined Bourbon task force as we drank our way across the Bluegrass State. We decided that from all the Whiskey we tasted, this barrel would have the honor of being dubbed, The Hot Pickle!” (Beast Masters) Bottled at 110 Proof, this Russell’s Reserve Single Barrel will leave you weak in the knees with its impeccable notes of wood, spice, and vanilla.

The Flavor Spiral™ shows the most common flavors that you'll taste in Russell's Reserve Beast Masters Private Barrel Bourbon “The Hot Pickle” and gives you a chance to have a taste of it before actually tasting it.

Kyle, Aug 8, 2017
Spicy and harsh right out of the gate, doesn't allow for much enjoyment for those who want more of a mellow drink or are new to whiskey