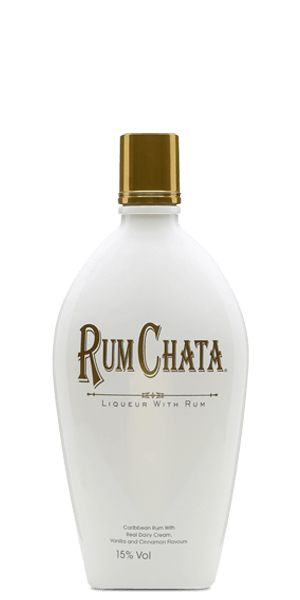 A creamy, sweet Rum Liqueur begging for a shot in your next cocktail.

Agave Loco Brands was founded in 2005 by Tom Maas. He built the business on his Agave Loco brand of Tequila and RumChata — an innovative Liqueur that he invented himself in 2009. To support their efforts, they opened a Liquor storage and bottling facility as well — giving them a strategic advantage to get their Spirits to market. And they were one of the first Spirits companies to capitalize on social media platforms, becoming one of the most engaged Spirits brands on Facebook to this day.

Horchata is a milky drink of Middle Eastern and Latin origin made from sweetened grains or nuts that are steeped together. Rum is… well, you know what Rum is.

RumChata Cream Liqueur was designed to combine the flavor profiles of both into one. It is made from Rum, cream, and spices. Simply stated, RumChata is to Latin America what Bailey’s Irish Cream is to Ireland. And people like it, a LOT. RumChata is now the second best-selling cream Liqueur in the world and has become a primary component of seasonal cocktails like the Cinnamon Roll and the Coconut Snowflake — there are literally dozens of them. But do not hesitate to sip it neat because it’s quite tasty on its own.

Smartass Corner:
The word "Horchata" comes from the Valencian (Spain) word "orxata" / "ordiata." The older Roman-Latin word is "hordeata" and it means "barley," which was used to make the drink in Spain.

The Flavor Spiral™ shows the most common flavors that you'll taste in RumChata Cream Liqueur and gives you a chance to have a taste of it before actually tasting it.

Nose / Aroma / Smell
The aroma has notes of flan, cinnamon, and menthol.

Flavor / Taste / Palate
The palate is soft and very creamy with kick of baking spices and butterscotch swirl on the tongue.

Finish
The finish is sweet and creamy.

Darrell, May 9, 2020
Great on the rocks or mixed with a good medium roast coffee. The finish is so silky and smooth. Highly recommend