Called “The King’s Own Whisky” it was renewed by Queen Victoria in 1838. Formerly owned by Diageo, the brand became a part of the Bacardi portfolio when they acquired John Dewer & Sons in 2014.

This Scotch Whisky has signature notes of spice, Sherry, and sweet and smoky flavors. Some of the most popular expressions of Royal Brackla include: Royal Brackla 16 Years Old and Royal Brackla 10 Year Old Flora and Fauna.

The Flavor Spiral™ shows the most common flavours that you'll taste in Royal Brackla scotch whisky and gives you a chance to have a taste of it before actually tasting it. 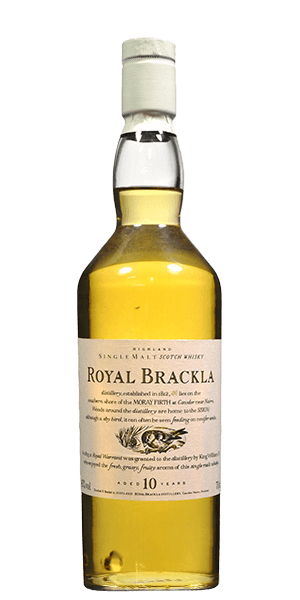