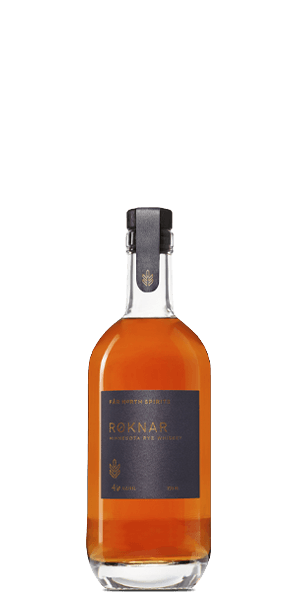 A farm-to-bottle Rye from the northernmost distillery in the US.

Far North Spirits was conceived by Michael Swanson and Cheri Reese upon returning home to pursue a simpler life. When "home" is the Red River Valley and a farm that is in its 4th generation of Swansons, producing quality rye and heirloom corn, "a simpler life" can only mean one thing ― distilling some proper Spirits. At the northernmost distillery in the US, we might add. Surrounded by super-fertile soil, nestled in a former wheat field just 25 miles from the Canadian border, they produce craft Gin, Rum, Vodka, and Whiskey ― all using grains they grow themselves.

What they're doing with their Whiskey isn't unlike wineries, focusing on using different grain varieties in order to produce unique and distinct Spirits. They make 4 Rye Whiskeys under the Roknar banner, each employing a different mash bill, aging, and finishing process. The Minnesota Rye is crafted with 80% Hazlet winter rye, 10% heirloom corn, and 10% malted barley. It's then aged for 16 months in charred oak before being finished in Cognac casks. These guys are doing a real good job at making "Minnesota Rye" a legit style. Besides, "Roknar" is ancient Norse for "Warrior of the Gods". What's not to like?

The Flavor Spiral™ shows the most common flavors that you'll taste in Roknar Minnesota Rye Whiskey and gives you a chance to have a taste of it before actually tasting it.

Nose / Aroma / Smell
Brown sugar & vanilla are on the nose with a distinct nuttiness and cinnamon aromas. Oak, grain, and a touch of ginger are all in there.

Flavor / Taste / Palate
The aromas translate well onto the palate, where they are joined by a touch of smoke, dried fruit, black pepper, and wood.

Finish
The finish is long and warming with some honey sweetness and star anise. 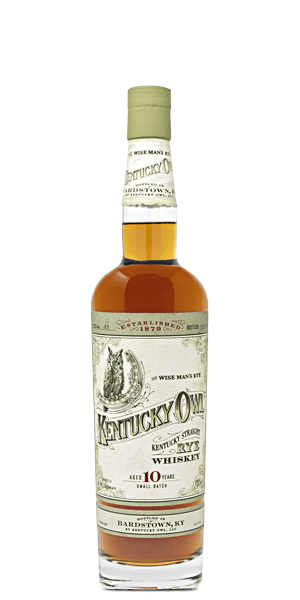 Blake, Apr 21, 2021
An interesting blend of bourbon sweetness, Irish earthiness, and rye spice Roknar is a unique whiskey. Neat the spice and bite is a little overwhelming, but a few drops of water really opens up the flavor. In the $40-$45 range this bottle is definitely worth picking up and is a wonderful dessert to a hearty meal.

Nathan, Apr 12, 2021
Surprisingly delightful and complex. I had it neat. I think it will be crushable on the rocks.

James, Apr 11, 2021
This was pretty awful. Initially smelling of brandy, it tasted of turpentine with a finish of borax hand soap. Adding some water improved it, but did not make it good. No complexity and impossible to tell if there was rye in it at all. Three of us tasted this, and two tossed out the remainder in their glasses. Only recommended if you really need a drink and nothing else is available.

Ted, Mar 27, 2021
Flaviar comes through again. Really enjoyed this rye. Smooth and full of flavor. Roknar will be a staple in my home bar moving forward. Great with a cigar.

Becky, Mar 26, 2021
Real fresh scent and flavor. The grain tastes as though it was just harvested and I love the fresh sweetness. Nice lasting finish of honey makes me happy!

seth, Mar 25, 2021
I didn't care for this at all. I found it to be oily and have a sharp, astringent taste on the initial sip. The other whiskeys I bought (Noble Oak and Whistlepig) were a much better value. I would buy either of those again but I'd skip this one.

Kyle, Mar 25, 2021
Heaps of vanilla, like from the pod. Lots of brown sugar, pecan pie, and raisin notes. Such great depth of flavor and complexity. I personally love the heat from the 47% ABV. I also love they made custom barrels from wood out of Minnesota trees. Just well made and super tasty!

Ray, Mar 16, 2021
Most flavor complex rye that I've ever had. Smooth as hell, loads of vanilla, and subtle fruit tones with a long oaky finish. I rarely drink rye neat, but this one should be enjoyed that way.

JOHN, Mar 7, 2021
Sweeter, spicier and smoother than any kentucky straight bourbon I have ever tried! Received as my quarterly bottle, did not realize it was such an expensive item. I generally spend around thirty bucks on a bottle and this I understand runs roughly twice that. So you get what you pay for! Sometimes! Don't waste this on mixing unless you know what you are doing. This is for drinking neat, imho. I prefer kentucky straight bourbon and I am not very experienced in sampling many varieties, yet.

Mike, Feb 28, 2021
Very drinkable, especially if it was a chilly night. A bit sweet up front with honey and dark cherry. The corn flavor in the mix reminded me of cornmeal mushcake breakfasts on the farm growing up in Iowa. It has an interesting note of burnt pepper in the finish.

William, Feb 23, 2021
Smoother than your average 2-year-old rye. Has a nice edge before a smooth, well blended finish. Pricey for such an offering, but different enough to try if you can find it. (Hint: would be a great addition to a rye tasting!)

Scott, Feb 22, 2021
I really enjoyed this Rye. I was surprised by flavors found when sniffing and sipping this whiskey. My buddy and I put a good afternoon enjoying this Rye.

J., Feb 9, 2021
I'm not a Rye drinker, this one is smooth. The taste is interesting. I'd have to admit that I like it. This goes into my bar to remind me of different flavors when my daily sipper becomes boring.

Sean, Feb 3, 2021
The rye was a little overpowering. Great whiskey for Manhattans.

Bryan, Feb 3, 2021
It’s ok. A very strong after sipping bite that I wasn’t expecting from a drink like this.

Joseph, Feb 1, 2021
The first thing you get on the nose and palate is the youth/alcohol note. Then there are some nice honey notes and rye spice. Honey and raisin linger briefly on the finish. Oddly, this tastes almost exactly as I remember Balcones Baby Blue corn whisky tasting from years ago (Chip Tate era), which was 100% corn, and this is 80% rye. Overall pleasant to drink, but not something I would buy another bottle of, at least not until it has a 6 year or older age statement on it (current age statement is less than 2 years old).

Solomon, Jan 27, 2021
Love the story - this is not refined though. There's a little bit of beauty peeking through, on the nose especially, but then the alcohol takes over and overpowers everything. I'm no expert, but maybe if they aged it a little longer to mellow it out.

David, Jan 27, 2021
I was very excited to get my hands on this but was really let down. Wondering if I just got a bad bottle?? All I tasted was burnt rubber with a hint of charred Oak.

Esben, Jan 9, 2021
Wanted to try something else and went with a Minnesota Rye - Roknar. One of the best whiskey's I have ever had... For the price you cannot beat it.
Load more reviews