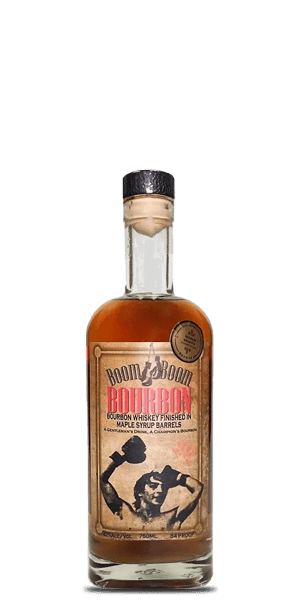 Tom Lix of Cleveland Whiskey is the Jules Verne of American Spirits. He’s invented his Amazing High-Pressure Whiskey Time Machine — sending Bourbon back to the future to age faster than previously possible. Their American Whiskey is aged in new charred oak barrels for a little while — then things get crazy. The barrel is cut into pieces and placed WITH the Whiskey in a special pressurization chamber that makes the wood “breath” the spirit in and out, mimicking the natural process that normally takes years. What you end up with is a Bourbon that tastes much older than it is. Cleveland Whiskey was founded in 2014 and produces their Underground house nameplate as well as other brands and contract production.

Ray “Boom Boom” Mancini won the World Lightweight Boxing title in 1982 by beating Arturo Frias. If you were a sports fan at the time, you saw him everywhere from magazine covers to all the sports shows. Since then he has been an entrepreneur, actor, restauranteur, and is currently a boxing analyst on Fax Sports. But he has also partnered with Ringside Whiskey to craft a signature Bourbon. Ringside partnered with Cleveland Whiskey for production. It’s their core Bourbon finished in Bourbon casks that were used to age maple syrup — so it’s Bourbon-Maple-Bourbon. And the combination is a knockout — already winning awards in its first year out.

The Flavor Spiral™ shows the most common flavors that you'll taste in Boom Boom Bourbon and gives you a chance to have a taste of it before actually tasting it.

Nose / Aroma / Smell
You get a whiff of the maple right away, but it is not overpowering and notes of butterscotch, green apple, and menthol quickly follow.

Flavor / Taste / Palate
The palate is straight-forward Bourbon flavors of vanilla and caramel sauce with a hint of maple infusion tying it all together.

Finish
The finish is medium to long with the aroma of maple lingering.