Founded in 2011
Ableforth’s (née Professor Cornelius Ampleforth – the name was changed in 2016) Bathtub Gin is made in Kent, England. What was an extremely small-scale production (30 – 60 bottles at a time) has since grown to an industrial scale, with hundreds of liters being produced at a time.

Traditionally made by cold compounding, this is an unusual Gin. Cold compounding is where botanicals are steeped in base Spirit for a number of hours before being filtered out before bottling. Distilled Gins are steeped and then go through the distillation process.

Cold compounding was once seen as a chap mass-production method for supermarkets, but that’s no longer the case. Ableforth’s sees coriander, juniper, cinnamon, orange peel, clove and cardamom steeped in neutral grain Spirit.

This results in its punchy flavor and coloured hue. The name Bathtub Gin is a nod to Prohibition, when bootleggers were said to use their bathtubs to infuse poor quality spirit with botanicals. Each bottle is individually hand wrapped with paper, twine and wax – a process which takes up to 8 minutes to complete.

The Flavor Spiral™ shows the most common flavours that you'll taste in Ableforth's Bathtub Gin gin and gives you a chance to have a taste of it before actually tasting it. 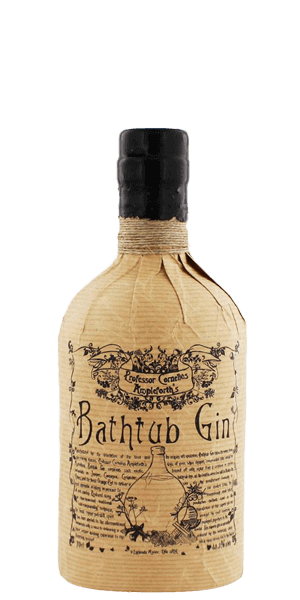