In the 19th century Benjamin Prichard distilled and perfected his bona fide Tennessee Whiskey. He passed away in 1822, and left his operation and utensils to his son Enoch, who unfortunately, had envisioned a life away from stills and casks. To our fortune, 5 generations later, in 1997, the distillery came into the hands of Phil Prichard, who opened the Prichard’s Distillery in Kelso, Tennessee. Because of their long legacy they’re the only producer in Lincoln County that is allowed to label their product as "Tennessee Whiskey" without using the Lincoln County Process.
Their spirits are a recreation of what was distilled and drank over 200 years ago. Not only are they craft and like to distinguish themselves from mass produced spirits, they also uniquely distill Tennessee Whiskey in pot stills.

The Flavor Spiral™ shows the most common flavours that you'll taste in Prichard's Distillery american whiskey and gives you a chance to have a taste of it before actually tasting it. 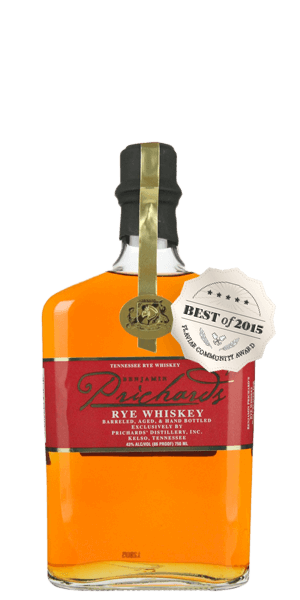