from Thames Distillers Distillery
Founded in 2011
Portobello Road Gin started life as a pub. The Portobello Star in London, to be exact. Founders Ged Feltham and Jake Burger were keen to make use of the two floors above the pub, and decided to build a Gin museum, whereby visitors could learn about the Spirit’s history, and could even make their own.

The tourist attraction made way for the Gin itself. The museum contains a 30 liter pot still (London’s smallest licensed pot still), where Ged and Jake began playing around with single distillates and blending them.

They eventually came up with a recipe for a Gin which they had planned to sell at the bar, and took it to Thames Distillers for production.

The Gin launched in late 2011, and contains juniper and orris from Tuscany, Spanish lemon peels, Indonesian nutmeg, and cassia bark from South East Asia. It’s a robust Gin with those classic flavors, as well a depth of spice which makes it stand out.

The Flavor Spiral™ shows the most common flavours that you'll taste in Portobello Road gin and gives you a chance to have a taste of it before actually tasting it. 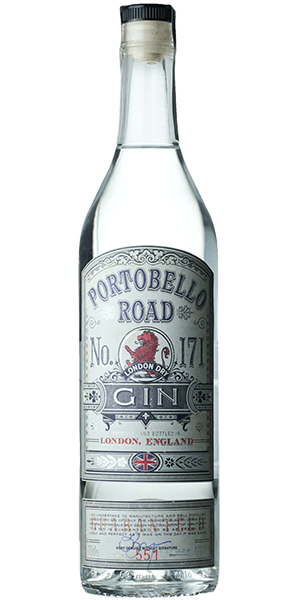