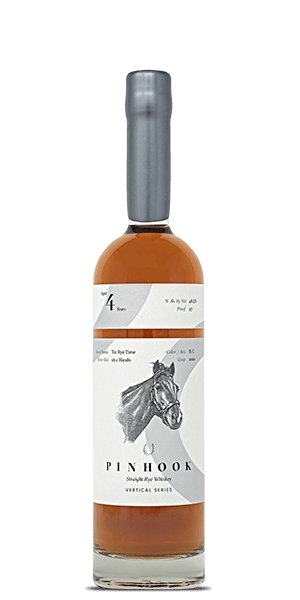 Buyer Protection
Money-back guarantee if things go wrong.
A beautiful, classic high-rye devised into an experiment… literally for the ages.

This is one of the coolest ideas EVER. Stay with us on this story… Pinhook has acquired a total of 950 Barrels of Rye Whiskey — 95% rye and 5% malted barley — distilled in Indiana in 2016. Each year they will take fifty casks for a special edition Rye Vertical Series release. If you get one bottle each year, you will follow the same batch of premium Rye Whiskey as it ages from four to twelve years in 2028.

Pinhook Tiz Rye Time just came out and it is the inaugural release — now four years old and bottled at 48.5% ABV. True to form, each release will be named after a thoroughbred race horse.

The Flavor Spiral™ shows the most common flavors that you'll taste in Pinhook Tiz Rye Time and gives you a chance to have a taste of it before actually tasting it.

Nose / Aroma / Smell
The nose is strong and sharp with hot notes of orange zest, brittle toffee, and cinnamon. 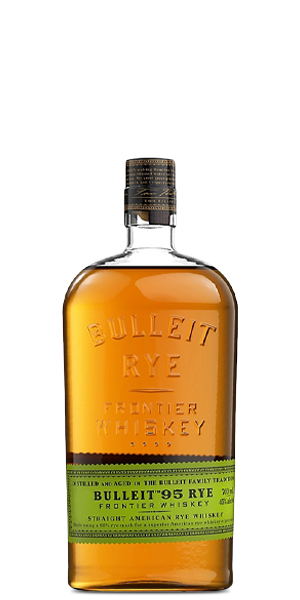 Ted, Nov 14, 2020
I very much like the Rye Humor Cask Strength and I love the idea of tracking a blend over several bottlings. So I had to try this. I was not disappointed. Nice spice. Good on a rock and also holds its own in any cocktail. I will definitely buy again and am looking forward to next year’s version.

Anderson, Nov 10, 2020
Fruity nose. Taste starts off spicy and then finishes sweet. I should have ordered another bottle before it sold out.

Micah, Sep 7, 2020
Very nice rye with a well blended profile. The hint of orange peel is a very nice surprise. Looking forward to how this rye develops over the project's duration.

Chris, Sep 5, 2020
Sharp and spicy with sweetness as almost an afterthought. I usually like something complex but I found the flavors a bit confusing