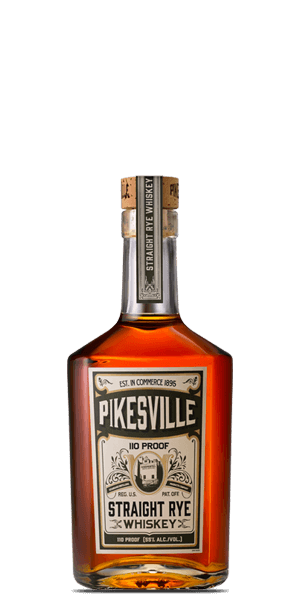 Pikesville has been a brand of Rye Whiskey off-and-on for more than 120 years. The original company was founded in Maryland in 1895, where it became a very popular brand of “Maryland-style” Rye Whiskey. Production has stopped several times over the decades due to Prohibition, ownership changes, and even distillery accidents. The historic “Majestic Distilling” ceased production in 1972, but the brand was continuously available until 1982 on existing stock. Heaven Hill recently purchased the brand, revitalized the recipe, and brought production to their Bernheim Distillery in Kentucky.

Pikesville is all about one product — Pikesville 110 Proof Straight Rye Whiskey. And yes, it’s served at nearly full cask strength at 110 proof / 55% ABV. Powerful and authentic to its roots, Whiskey experts from around the world are salivating in desire and gushing in praise. It’s an unanimous double-gold winner in San Francisco, received an “extraordinary, ultimate recommendation” at the Ultimate Spirits Challenge, and was dubbed the “Second Finest Whiskey in the World” by Jim Murray at the Whiskey Bible, and a bunch more. Seriously… this could be the Rye Whiskey of the decade.

The Flavor Spiral™ shows the most common flavors that you'll taste in Pikesville 110 Proof Straight Rye Whiskey and gives you a chance to have a taste of it before actually tasting it. 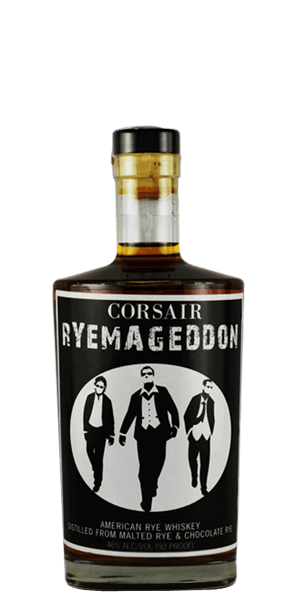 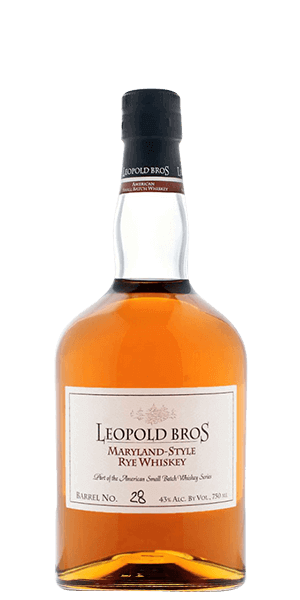 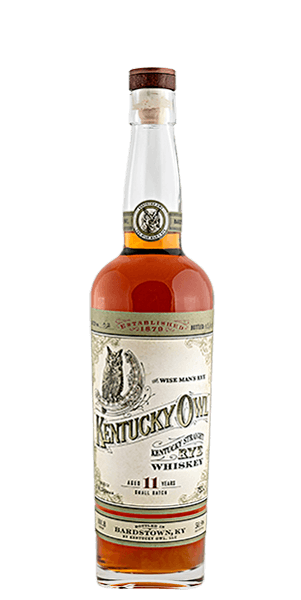 Joseph, Apr 4, 2020
Nice sipping Rye with a strong pepper finish. Great on lite ice or as an Manhattan

Matthew, Jan 15, 2020
Color is a reddish copper. Nose starts with a little ethanol, definitely needs a minute to sit and breathe. After allowing it to breathe, a mildly sweet aroma emerges. Notes of cocoa, subtle cherry, and mild spice. First sip packs a bit of a punch from the proof and rye spice; it is a little less sweet than the nose lets on, almost dry. Rye spice and black pepper are the predominate flavors on the palate initially. As acclimation to the proof and rye spice occurs, notes of cream, leather, and just a hint of tobacco finish off the palate. Finish is a long linger of the rye spice, accentuated by the drying of the palate by the high proof. Overall a fantastic example of Rye Whiskey, with a high proof high spice flavor.

Jon, Oct 15, 2019
Fantastic rye. Surprised to see so many calling this spicy, though. For me, despite its proof, this is a sweeter, more cherried rye. Incredibly smooth for 110p.

James, Apr 21, 2019
A perfect rye. Plenty of spice, but also a fair amount of sweetness. Really well balanced and a nice mouthfeel and finish. The high alcohol content doesn’t overpower the complex flavor

Craig, Jan 15, 2019
Another Heaven Hill masterpiece. Love it all over again no matter how long it’s been.

Olaf, Dec 7, 2018
A strong body with a sharpness to it that I have come to love of rye. Very impressive drink that challenges much more pricey bottles of rye.

Patrick, Dec 3, 2018
I like drinking ryes and this is a fine one. Maybe quite as good as not as the E.H Taylor rye but a solid expression. If you like Rittenhouse you’ll enjoy this one.
Load more reviews