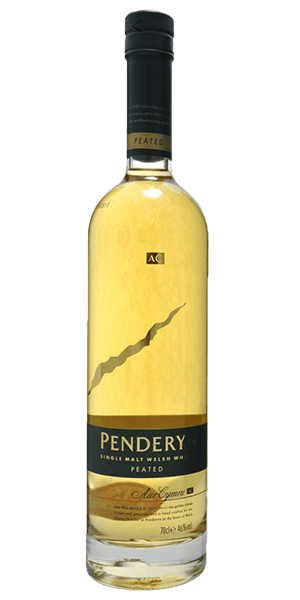 The Welsh Way of peat.

Penderyn is the first Welsh distillery in over a century. It was launched on March 1, 2004, in the presence of HRH Prince Charles himself. The distillery is situated in Penderyn, a small village located in Brecon Beacons, a mountain range in South Wales. Bacon Beacons is known for being home to the forest Fawr Geopark, which surrounds Penderyn, and was recognised by UNESCO to exhibit geological heritage of great significance. Penderyn produce merely 1 barrel of Wysgi (Welsh for Whisky) per day. All of their malts are matured first in hand-selected Bourbon barrels, and then further in the barrels from which they are looking for the distinct expression. In the decade since the founding Penderyn has won critical acclaim from various competitions and people in the spirits business, and have built a following of thirsty Whisky-heads looking for that X-factor.

Penderyn Peated is limited to just 5000 bottles per year. It’s produced using a pot still created by Dr. David Faraday, descendent of the ground-breaking Victorian scientist, Michael Faraday. The spirit is aged in ex-Bourbon casks from the Buffalo Trace distillery, followed by a finishing maturation in ex-Islay casks. Like no other it gets its peat soul not from drying the barley with peat, but from the casks in which peated Whisky once matured. This final maturation is unique in the peat World and results in a round, multi-layered, and appealing character. Prized and praised throughout the World, a new kind of Welsh Gold.

The Flavor Spiral™ shows the most common flavors that you'll taste in Penderyn Peated and gives you a chance to have a taste of it before actually tasting it. 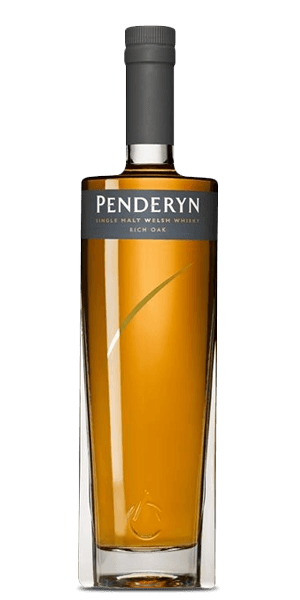 Luke, Sep 20, 2020
Picked this up for £35 whilst on holiday in Wales. Nice smokey taste with subtle peat notes. Quite strong alcoholy taste but almost reminds me.of the taste of Nikka From The Barrel. Overall a good whisky, I wouldn't pay the £50 it's on here at but for £35 it was well worth the cost

Alex, May 20, 2020
Love this. Deep, woody flavour. Goes right the way back but doesn't whoosh up the nose after like a fruit might. Its smooth and subtle.

Robert, Apr 16, 2020
Smooth, not harshly peated. Love to taste something that I can’t find normally. Good dram though

Andrej, Jul 31, 2018
Well. Quite shallow and with harsh aftertaste