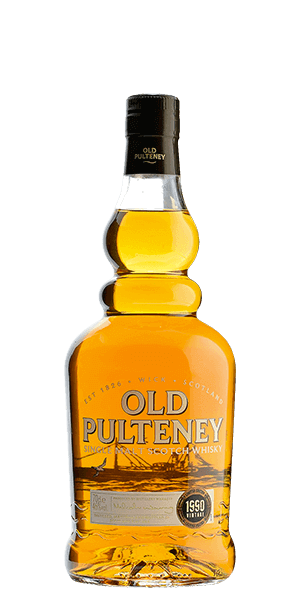 Old Pulteney Vintage 1990 is a quarter century of single-malt, hot smoky love with a side of Sherry.

If you look at a map of Scotland, there is a little point at the top … that’s where the little towns of Wick and Pulteneytown are located, and that is where Old Pulteney Distillery calls home. Back when they built the it in 1826, the only way in or out was by boat, and that was just fine because it kept the constables away. This is a Highland Whisky, which makes since because if they were any higher in latitude, Santa Claus would be living next door.

When we are talking about Old Pulteney, the question becomes, “Is it, or isn’t it a peated Whisky?” The answer is yes, sort of. This story starts 25 years ago when Old Pulteney 1990 Vintage dripped off the stills in the far north of Scotland. Now … those masters of the dram at Old Pulteney have been using ex-Bourbon and ex-Sherry casks for years. But they also LOVE to experiment.

So they took a set of those Bourbon and Sherry casks that were previously used to age a peated Whisky and re-used the crap out of ‘em once again. So not only does this fine, quarter-century-old, single-malt North Sea Goddess have the traditional flavor profile that Old Pulteney is famous for, but it gets some hot smokey love from the peated wonder who shared its bed. This is a Highland-lover’s smoky dram to be sure.

The Flavor Spiral™ shows the most common flavors that you'll taste in Old Pulteney 1990 and gives you a chance to have a taste of it before actually tasting it. 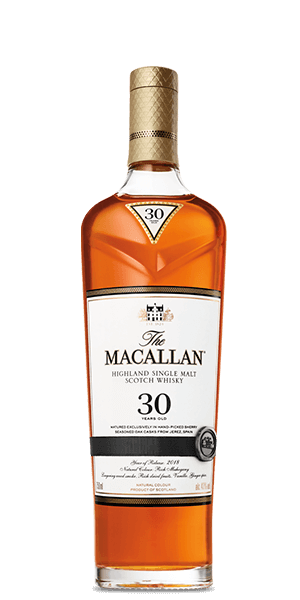